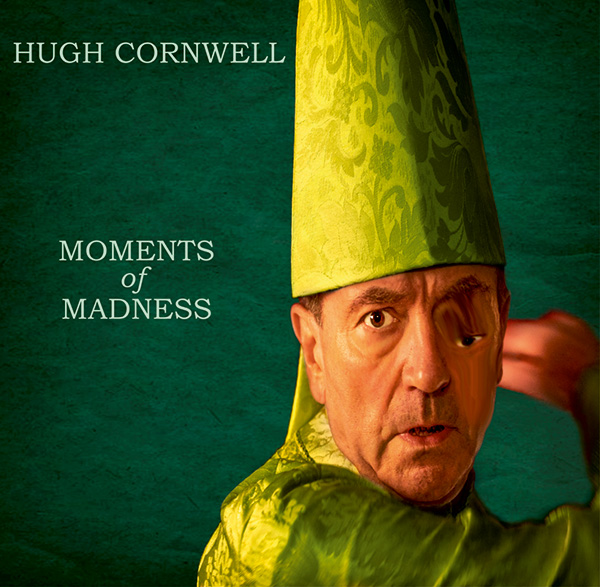 Accompanied by a full band, the shows will see Hugh perform two live sets: one filled with solo songs including cuts from his recent album ‘Moments of Madness’ and another of The Stranglers classics.

As leader of The Stranglers, Hugh Cornwell was the main songwriter of all the band’s most memorable songs across ten stellar albums: from “Golden Brown” to “Strange Little Girl” and from “Always The Sun” to “Peaches”, “No More Heroes” and “Nice ‘N’ Sleazy”.

Consolidating his stature as a unique songwriter and musician, his lyrics played out like songwriting masterclasses with the band attracting widespread praise and high ranking spots in the UK Charts.

Widely regarded as the poet laureate of the punk era, Hugh Cornwell embarked on an illustrious solo career after releasing album ten with the band, and he has created a body of impressive solo albums to date.

HIs tenth solo LP ‘Moments of Madness’ was released last year, and the record sees the artist continue his illustrious output by experimenting with musical genres as his enviable reputation as a wordsmith resounds across each song.

A high watermark and a modern-day masterpiece, the recent release has been tipped as one of the most significant albums of Hugh’s career with his pithy and witty observations attracting widespread critical acclaim.

Attracting praise from the likes of Mojo and Uncut, Classic Rock enthused “the one constant with Hugh Cornwell albums is that they’re never dull”, whileLouder Than War commended the record as “a late flowering classic from a man who has always known how to write a damn good tune.”

Fresh off the back of a 23-date nationwide tour last year,  Hugh is now gearing up to take to the road once again this Spring. Find full dates and details below.