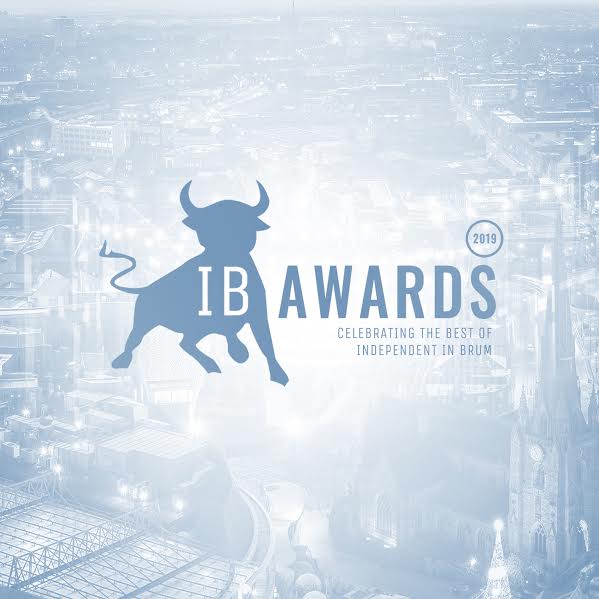 The IB Awards aim to break free of the traditional, corporate awards nights – creating a fun and inclusive environment which truly champions the terrific independent businesses, in all sectors, that lend our city such a unique character. The special places that are off the beaten track, but forever hold a place in our hearts.

Known for hosting incredible food festivals, held at iconic locations and attended by thousands of people, we’re sure the Independent Birmingham Awards will be a brilliant night of great food, great drink, and great people. It’s an event for the independents, to celebrate their successes and the love, passion and devotion they have poured into their businesses and this city.

To nominate your favourite independents, head to: www.ibawards.co.uk where you’ll be able to read all about the awards, browse the categories, view the judging process, and fill out an application form. Note: all nominations must be submitted by 31 May.

The awards will have two rounds of judging – an initial screening process by team Independent Birmingham, followed by a thorough judging process by a panel of industry experts. There will also be a small number of public voted awards, which are designed to be more light-hearted and a way of engaging the Independent Birmingham audience in the process.

The IB Awards will take place this September at The Custard Factory, Digbeth, and will be a black tie and trainers kind of affair.

Independent Birmingham began life in August 2013, acting as a guide that enabled those living and working in Birmingham to explore the city’s lesser-known aspects and unearth its best kept secrets.

In 2014, the Independent Birmingham Membership Card was released and is now owned by over 18,000 people eager to support and champion local, independent businesses. Since then Independent Birmingham has gone on to host massive food and drink festivals, held at iconic locations and attended by thousands of people – with many more great events to follow.

With a readership of 80,000-90,000 unique visitors a month and a highly-engaged social media platform of over 90,000 followers across Facebook, Twitter and Instagram – with mentions in national newspapers (The Guardian, The Independent), named by Twitter UK as one to follow to discover Birmingham, named by The Birmingham Post as one of the 250 most influential people in the region, and named as one of Birmingham Live’s 30 Under 30 – Independent Birmingham has helped pave the way for new independent businesses to blossom in the city and championed a revolution of local.

In the process of writing this love letter to Birmingham, Independent Birmingham created a whole platform for celebrating independent culture. Reigniting the fire for Birmingham independence and helping people to rediscover their city, one hidden gem at a time.