Published by Sally Jones On July 30, 2015 Leave a response 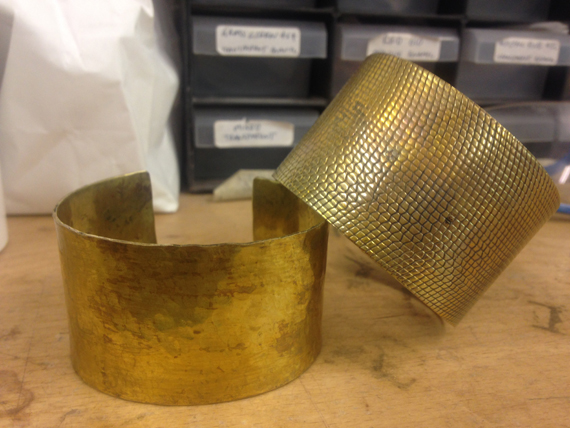 Deep inside me, and I bet you too, is a well of creative genius, just waiting to be discovered. All I need is to find the right creative practice, yeah? This is where the MAC’s programme of short courses comes in. Whether you fancy reinventing yourself as the next Grayson Perry, flinging pots around a studio, investing in a individual new wardbrobe, or perhaps a jeweller, film maker, glass appliqué-er, batik devotee, song writer, paper crafter, stained glass, er, maker, then there’s something to help you figure out which type of creative elf lives in you.

I chose to unleash my inner jeweller, or silversmith, cause that sounds a bit cleverer and posher and less like you fashion huge gaubs of bling encrusted Pandora charms for serious cash. I was not disappointed by jewellery experience. At £60 for two full days, the course was great value for money. For that I was given the use of the jewellery studio and all its horrifyingly dangerous equipment. The point I realised I was going to be let loose with blow torches, acid baths and a kiln that reaches 850 degrees, was when I realised I was finally an adult. 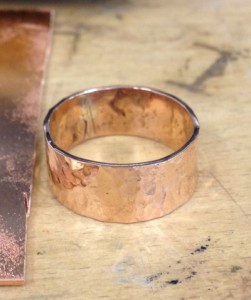 Forget puberty, mortgage payments, direct debits and registering with a dentist (which, er, I still haven’t, but it’s only been like a decade so I have time), this was it. I’ve had access to scary, potentially life-ending equipment and no one winced (visibly – well, apart from me) when I cranked the blowtorch up.

The idea of the jewellery studio being scorched with flame and acid did flash through my mind, and for a moment I was haunted by the idea of shaky iPhone footage of a burning Iggle Piggle careering through the middle of Cannon Hill Park making all the evening news. (Iggle Piggle was around at the time – In the Night Garden was entertaining millions of children swarming the MAC as if it had been overrun with cute, high-pitched, occasionally grumpy, certainly malevolent, well-dressed dwarves.)

I managed, however, to wield this great responsibility with a bit more focus that usual and was able to avoid setting fire to myself, or anyone else. If this had been my only achievement from the course, I would have been happy. It wasn’t though. The course description mentioned making a ring and a pendant, as a way of getting a handle on the basic techniques, including a lot more saying “bollocks” and replacing fiddly saw blades than I was expecting (that isn’t promised in the blurb though, so don’t demand your money back if you don’t managed to break six saw blades in an hour – you can’t all expect to be that good). After that, we would all get a chance to work on our own projects.

This itinerary meant the weekend was pretty free – once the people in the class had the basic sorted, they all started working on their own projects and style, exploring the bits they were interested in and really getting to have a go of something that excited them. The tutor was really helpful – he showed us how to do thing (yes, repeatedly in my case), but let us get on with it, only helping when it was obvious someone (can’t imagine who) was making a complete balls of something or rapidly advancing towards a health and safety nightmare. Who knows how many disasters he averted that weekend, but he managed to do it calmly and with no tedious screams of terror. 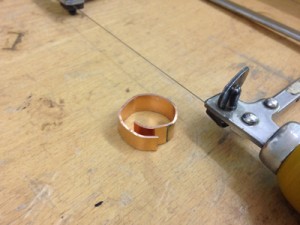 For my own projects, I opted mostly for some pretty basic bangles designs, lots of annealing stuff (ie, heating things up with a huge blowtorch), hitting things with different types of hammers and tried to avoid too much polishing. I also had a good crack at infringing the Star Trek copyright, but it’s shitty enough that I don’t think Gene Roddenberry and Majel Barrett will be haunting me from beyond the grave. Other people on the course were more ambitious and made some beautiful rings, earrings, pendants and even a really intricate Celtic knot. The best part of the course was seeing what other people were doing, the things they were experimenting with and trying, for the first time in most cases. Everyone came out with something that looked like a beautiful piece of jewellery, most I could easily imagine people happily paying for.

I can’t say I’ve got to grips with the art of soldering, enamelling, or even polishing without flinging pieces of hot metal about the place, but it was more than enough to get me all excited about the potential to create beautiful things with fairly simple techniques. I liked it enough to sign up for the Autumn course that runs for two hours each week, September-December, as did a few other people on my weekend course. The courses fill up really fast, so if you want to try something, sign up quick before it’s too late.

Ok, I’m not going to be the next Wendy Ramshaw, and I’ll resist the urge to torture my friends and relatives by setting up a tedious, pastel themed Etsy shop, but creating something from base materials is fun and fascinating. I’m already considering giving ceramics a go next year (more kilns, less polishing). Maybe that’s the well my creative elf hangs out in, to mix my shoddy metaphors. If you want to poke your creative elf, and who doesn’t, then check out the courses on at the MAC now. macbirmingham.co.uk/courses