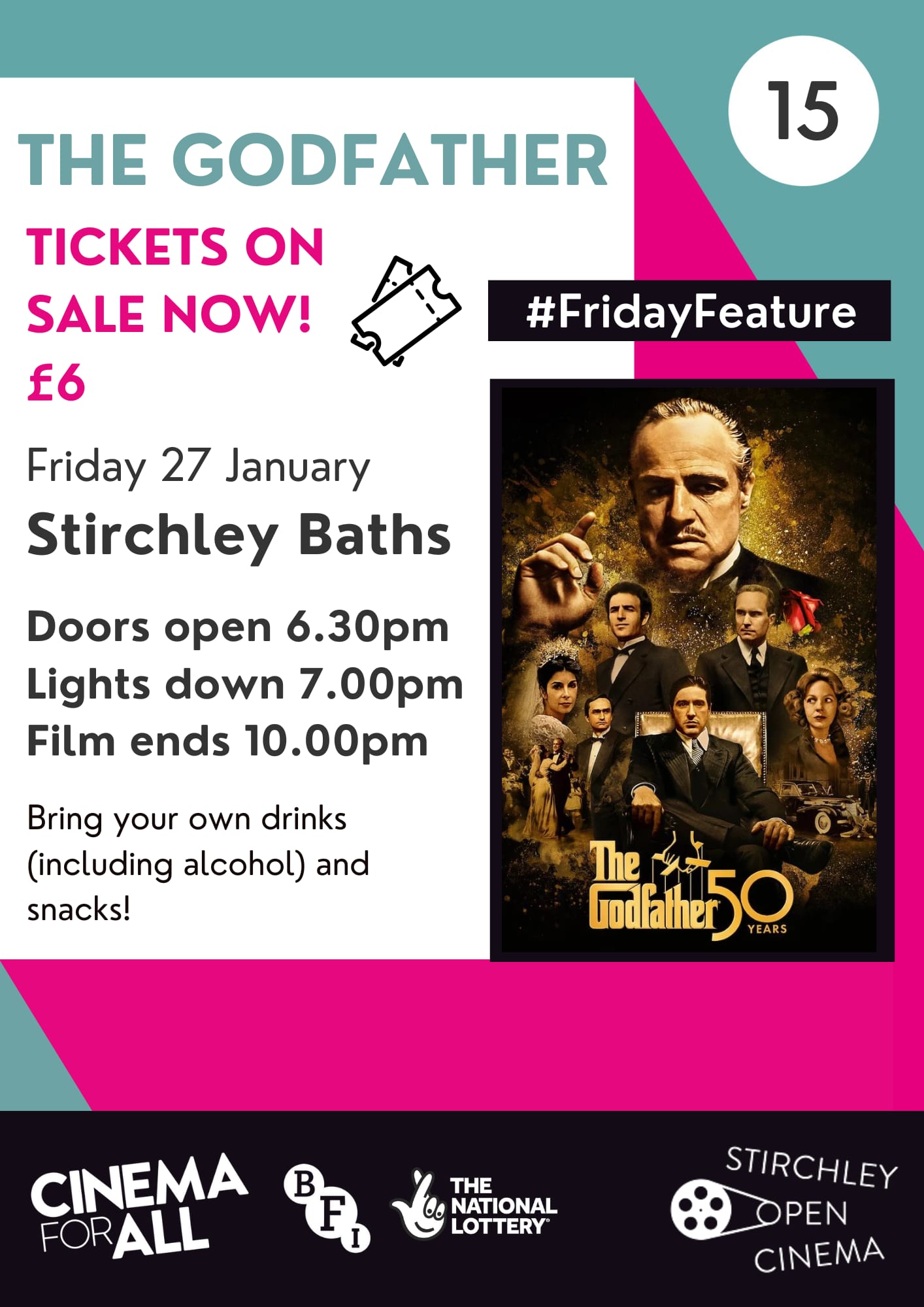 Stirchley Open Cinema (SOC) are going to make you an offer you can’t refuse! They are screening the classic family crime drama – The Godfather. Telling the story of an ageing head of a mafia family who seeks to defer control of his empire to his youngest son, The Godfather is considered an epic masterplan.

Join them on Friday 27th January at Stirchley Baths. Whether this will be your first time seeing the classic or you fancy seeing one of your favourite films on the big screen, this promises to be a memorable night. So, if you don’t want to wake up with a horses head in your bed, make sure you get tickets!

SOC invites you to bring your own food, drink and booze.

Run time is 2hr 56mins – feel free to bring your own cushions! Doors open at 6.30pm, with the film starting at 7pm. The film will be subtitled, and The Baths is a fully accessible venue.

Stirchley Open Cinema are a non-profit volunteer ran community cinema who use cinema to bring the people together through a love of film.