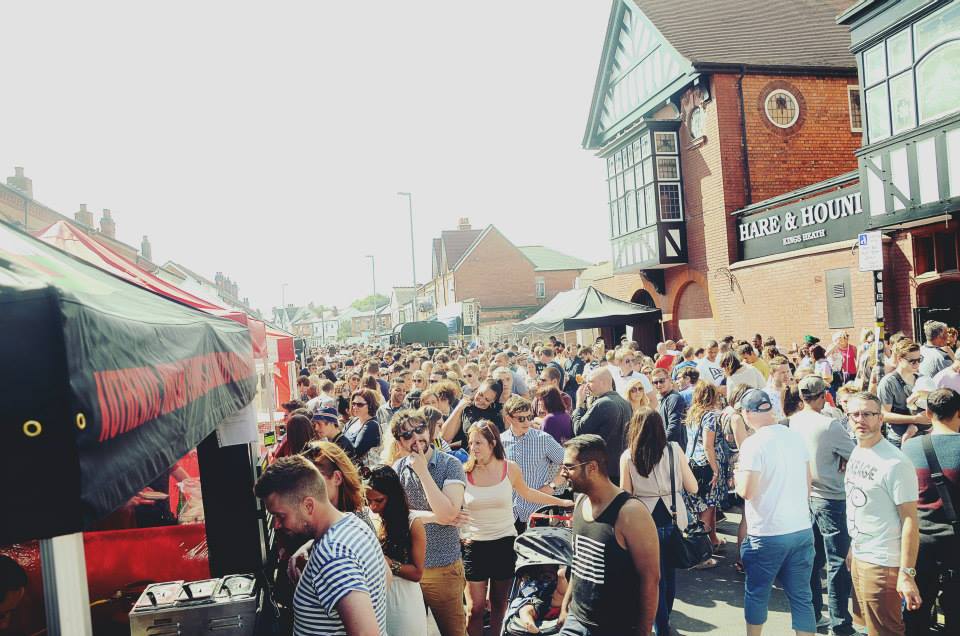 Accompanying the menu of tasty treats will be a soundtrack provided by a number of DCC and Leftfoot resident DJs who’ll be spinning on the street as well the Off The Scale Clothes Bus, Record stalls provided by Moseley Record Fair (www.moseleyrecordfair.com) and a selection of Craft & Art stalls.

Situated in the South Birmingham suburb of Kings Heath the Hare and Hounds pub has in some shape or form been around since 1820 but has stood in its present form since 1907.

This along with the beautiful and unique Art Nouveau tiles that line the entry hall and staircase is a major contributing factor to its current grade II listed status. Although playing host to local Birmingham legends UB4O’s first ever gig, recently commemorated by a PRS Music Heritage award and plaque, it is only in the past 6 years it has established itself as one of the most important and influential live music venues in the city, playing a vital part in nurturing the city’s vibrant music and creative community.