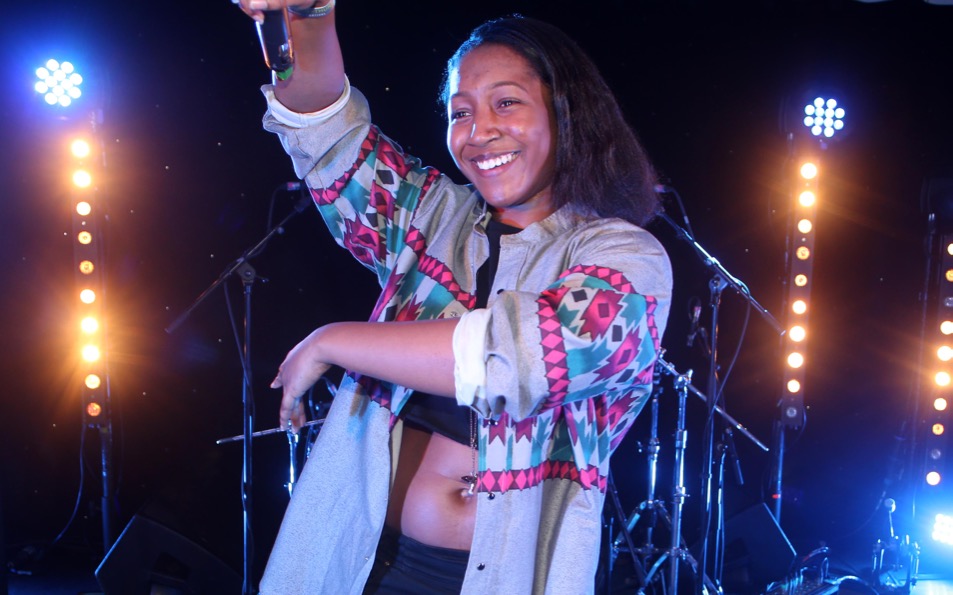 Future is to be one of the new tracks to be released this year following the huge success of her EP ‘The Graduate.’ Her new music has evolved in it’s delivery and style. However, the concentration on a certain topic still remains at the forefront. In her own words Lady Sanity explains;

I’m working on carrying more emotion through my words and tone of voice. I love working on projects that revolve around a certain topic, or situations that aren’t typically discussed in music; so I’ll continue to do that and skip out the love songs for now. The aim is to just get music out that I enjoy and people can relate to.

Lady Sanity is a twenty two year old female emcee with a message. Her musical interests developed in her teenage years, when she began teaching herself how to play the guitar, exploring music technology and song writing, with influences ranging from Lauryn Hill, MC Lyte and Missy Elliot. The new era of real female emcee’s are back; now supported by EQ, Lady Sanity is one to watch for 2017, rising on the UK rap scene.

With strong moral stances on ethical practices in the music business, EQ is slowly building its reputation as the future of music in Birmingham.

It’s still early days for this young label but, with hard work, a vision for the future of music in Birmingham, EQ Recordings and Management are the new kids on the block with their feet firmly rooted in the ground.

Lady Sanity
Hailing from Birmingham, England, Sherelle Robbins (aka Lady Sanity), is a twenty one year old female emcee with a message. Her musical interests developed in her teenage years, when she began teaching herself how to play the guitar, exploring music technology and song writing. The desire to become an empowering female emcee led her to network worldwide with producers, rappers and singers over the Internet. In 2014, positive responses to her debut mix-tape, Construction, and support from the BBC, encouraged the rapper to establish herself further in the music industry. Since performing at ‘A night of new music with 6 music’s Tom Robinson’, ahead of the BBC Music Awards in December, she has released two EP’s; ‘Summer in September’ and most recently ‘The Graduate’.

This summer has already been a successful one for Lady Sanity, securing slots at Glastonbury Festival and a mainstage slot at Boom Bap Festival.

With musical interest originating from multiple genre’s, her inspiration is never ending; with influences from the greats like Lauryn Hill, MC Lyte and Missy Elliot.