Published by admin On April 3, 2017 Leave a response 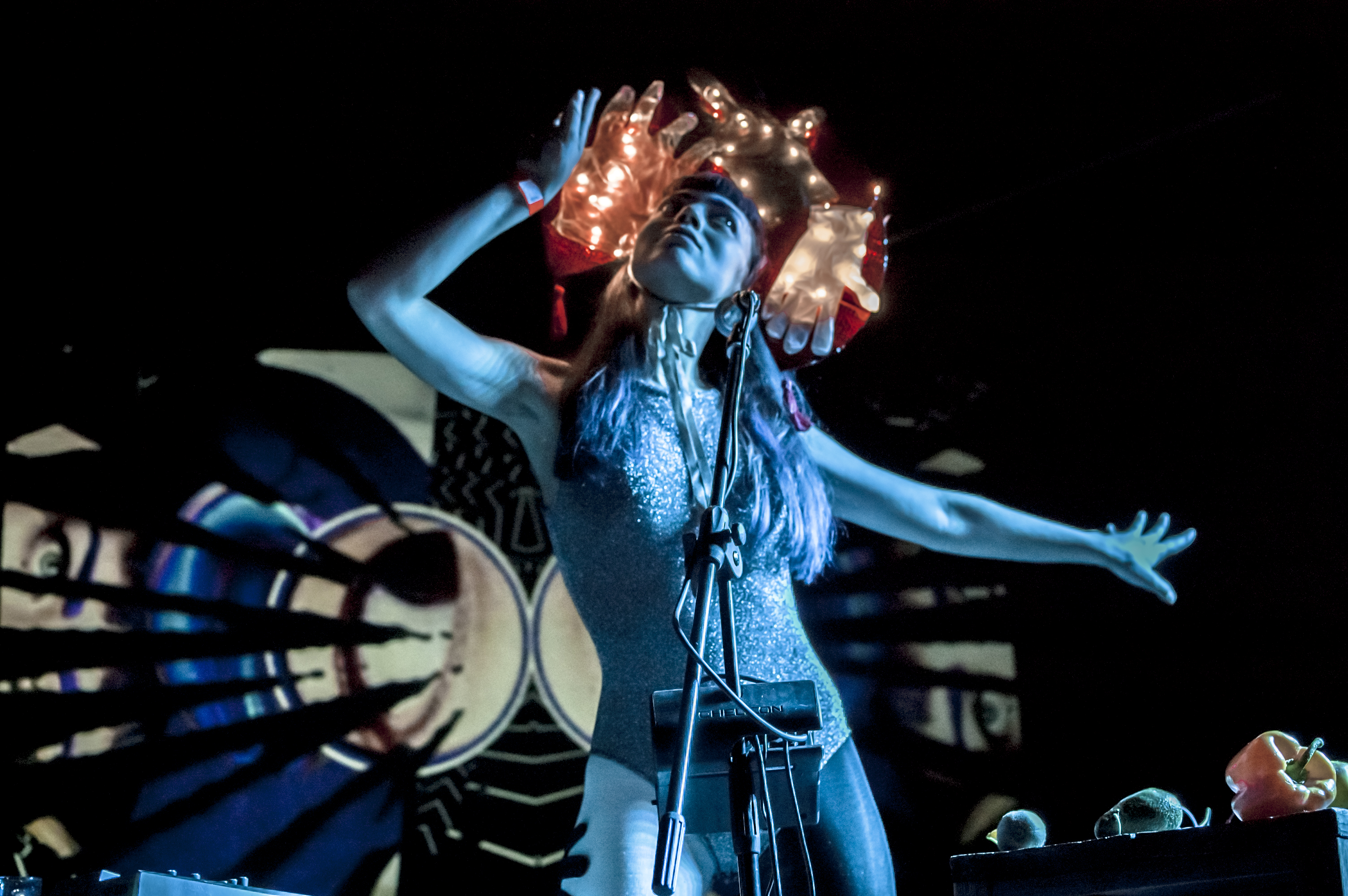 Elizabete Balčus is a Latvian musician and actress who creates neo-psychedelic dream pop from surprising, collaged, genre juxtapositions that is simultaneously melodic and experimental. She works with a strong visual aesthetic that draws upon modern surrealism, contemporary fashion and geometric imagery.
Her new album “Conarium” is like a eulogy for the subconsciousness; it searches into the deepest depths.

The spirit of the album is weirdly theatrical, welding together free-jazz flute improvisations, unearthly voice, electronic beats, ancient sounds, elements of chamber music and magical secret glitches. One of the instruments she plays is a synthesizer which enables her to play fruit and vegetables as instruments. Live performances engage the audience with a psychedelic and theatrical situation that is as befuddling as it is mesmerizing.

“…Her electro-pop inclinations often hardwired and intensive, with the flute improvisations of “Behind the Castle” mixing with a beat that could match Portishead’s “Machine Gun” if it wanted to. These kind of moments show Balčus sowing together total opposites, putting herself in untenable positions — free jazz jams and stringent rhythmic policies — in the name of a very particular kind of pop music. It’s a fantastic, weird record, possibly unlike anything you’ve heard. A triumph of fanfare and fury with a patchwork discipline (album “Conarium”)” NormanRecords.com

Elizabete started her music education at the Emils Darzins Music School, specializing in flute. She then went on to study at Jazeps Medins Music School and where she participated in and was placed first in several different competitions for flute players. Later, she continued her studies at Jazeps Vitols Latvian Academy of Music in two departments simultaneously, studying classical music as well as jazz and popular music. Additionally, she also studied vocal performance, composition and flute at the Santa Cecilia Conservatory of Music.

In 2011, she independently released the EP “Wooden Horse”, which containing 6 songs. It won the Annual Latvian Music Recording Award for best debut. She then went on to perform in Latvia, the Baltic States, Germany, Luxemburg and Italy.

In the last two years Elizabete has discovered the possibilities of electronics and synthesizers, building these elements into her music. With her new electro-acoustic performance she has played at Vilnius Music Week, plus many concerts in her hometown of Riga, Latvia. At the end of 2016 she released her album “CONARIUM” under the UK label “Liminal Noise”.

In addition to her solo career, Elizabete plays in the indie band ‘Sus Dungo’, as well as with ‘Gatis Ziema un Karaliskā Dekadence’. She also writes music for the theatre and acts in theatre productions.