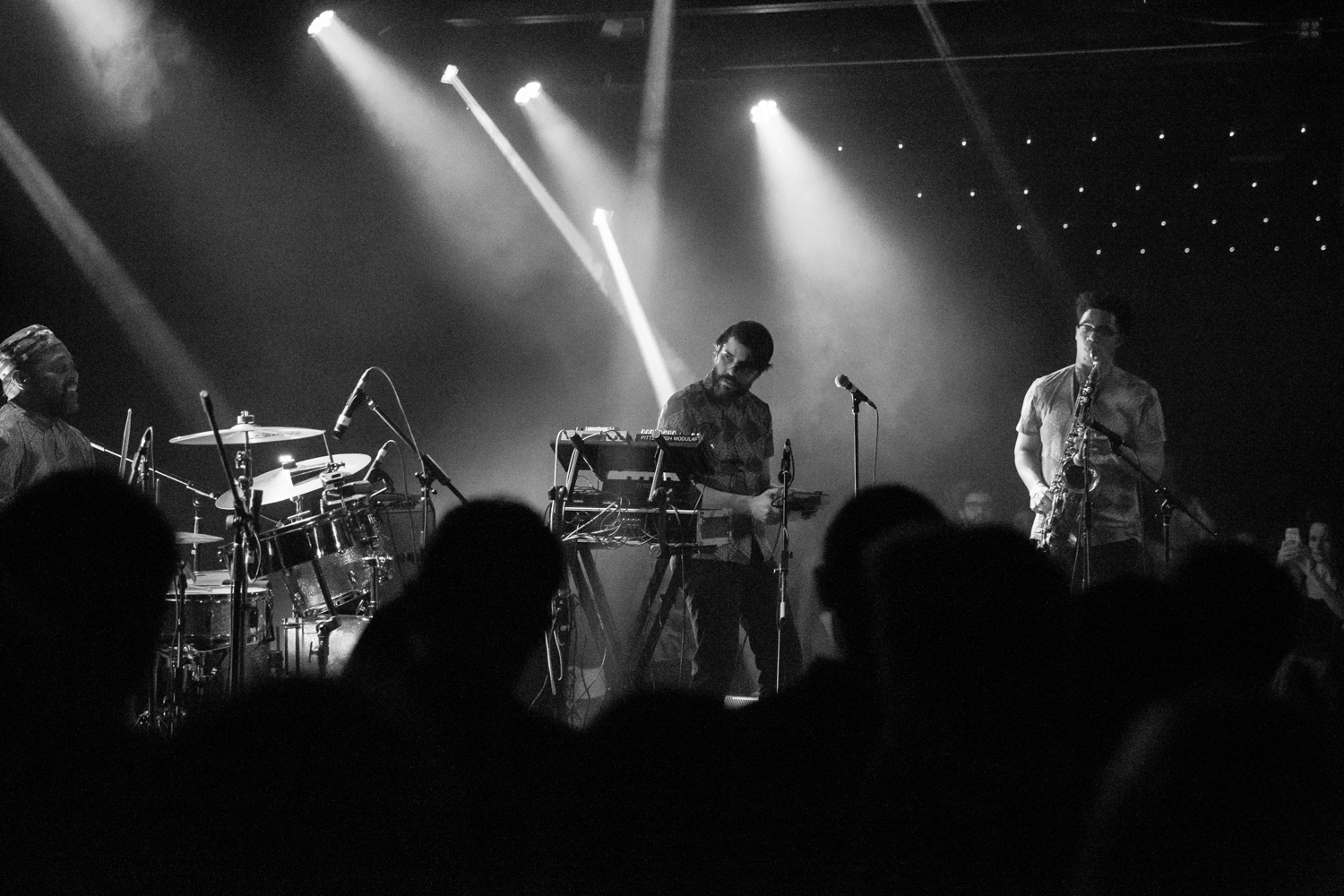 Leftfoot will be bringing Quantic Live, headed by producer, selector, musician and DJ Will Holland to the H&H on Friday 15th July as part of the 1000 Watts Tour. 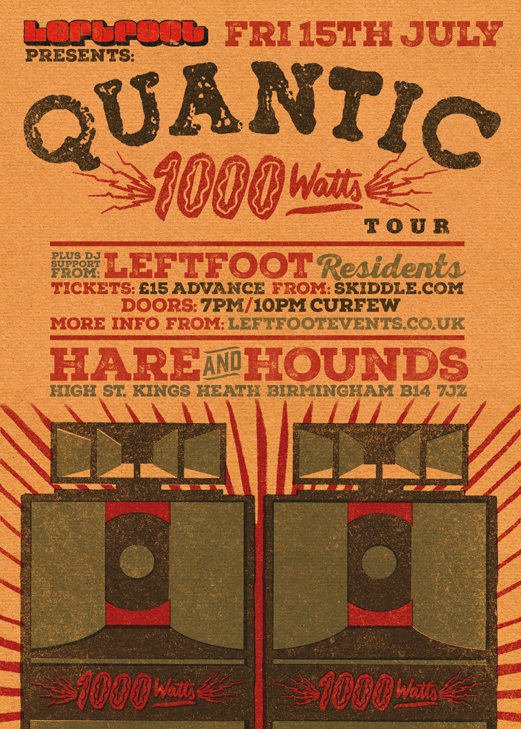 The show encompasses the many guises and eras of Quantic’s recordings; from early downtempo to Jazz, and the more recent period of Colombian-based Cumbia & Latin soul. But, with the impending release of 1000 Watts, Holland will drop some tropical reggae and dub-infused rhythms into the show. Having come off a busy year of DJ touring, a tour with Colombian project Ondatropica, and The Tropical Elevation tour, Quantic is ready to bring some reggae-roots to his live set.

On the 1000 Watts Tour, Holland will be joined by legendary Colombian drummer/ percussionist Wilson Viveros, and Texas-born multi-instrumentalist and regular Quantic collaborator, Sylvester Onyejiaka on horns and keys. Longtime Quantic collaborator and vocalist, Nidia Góngora, as well as Christopher Ellis.

Holland is known for his adventurous musical productions, and skill for marrying a variety of sounds with the modern dance floor aesthetic. Now, with 16 studio albums under his belt, as well as several compilations, and having collaborated and recorded with the likes of Ana Tijoux, Jorge Drexler, Alice Russell, Spanky Wilson, Shinehead, Anibal Velasquez, U-Roy and more, Quantic will be touching upon these projects, yet taking the dance- floor vibe up another notch. Expect an evening of tropical rhythm, bass lines a plenty and inspiring music for all.

Tickets are on sale now via www.hareandhoundskingsheath.co.uk or www.theticketsellers.co.uk as well as The Ticket Sellers Box Office on 0844 870 0000.