Birmingham’s festival strength is definitely in its micro alternative goings on and Flatpack Film Festival is a perfect example.

Flatpack is a festival which takes over venues across Birmingham 19th – 24th April with fringe events throughout the year. It draws people from far and wide with a mixture of films, performances, contraptions and surprise.

The annual event was spawned from the year-round antics of 7 Inch Cinema, originally a mixed-media filmnight at the Rainbow pub in Digbeth. This grew to embrace inflatable cinema-tents, archive detective-work and DVD compilations, and ten years on the people behind Flatpack continue to produce projects and provide guest programming for others throughout the year, from the Green Man Festival to Birmingham International Dance Festival.

Flatpack Festival has been described as:

You can see films in some of the city’s most atmospheric buildings and other highlights include a working, vintage Sixties mobile cinema (now with digital projection) that will host a programme inspired by the places it stops at – Daily Telegraph 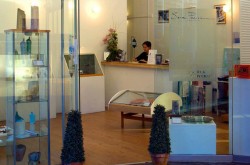 Birmingham has a fantastic heritage in jewellery and metalware manufacture, in fact the city was founded on this very industry. Read more…

Fierce Festival hosts is an annual international festival of live art that takes place across Birmingham during March and April each year. Read more… 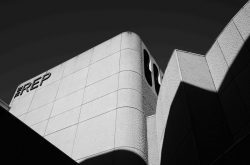