Supersonic Festival is without doubt one of the most creative and exciting electronic music festivals in the world, and where better to showcase awesome electronic and acoustic cutting edge bands than inside the cultural beating heart of Digbeth.

Supersonic Festival began life in 2003, curated by Capsule, the festival has firmly established itself as one of the UK’s premier experimental music and arts events. With an undeniably vibrant atmosphere, always presenting a variety of performers – the inaugural event featured the bewildering blend of Coil, DJ Food, LCD Soundsystem, The Bug and more – and where the film programme, workshops and exhibitions are as paramount to the event’s atmosphere as the live performances.

Capsule’s programme has a sense of spectacle at the very heart of it, always aiming to capture the imagination of our audience, and with a friendly, bustling atmosphere to boot, there is little wonder why the festival draws fans, performers and industry folks from across the globe.

The people behind Supersonic reach out to their audience, satisfying a thirst for new discovery and desire to stimulate all senses. Capsule are also fearless when it comes to putting together the musical line up, always opting for variety, never relying on the same pool of headliners which other events are vying for and importantly, embracing the local music scene, as well as drawing in an array of international artists.

The most consistently brilliant and forward-looking festival in the UK, if not the world. – Vice Magazine

A celebration of the expressive, challenging and generally out there. – The Times

Expect the unexpected, embrace the underground, buy a weekend pass and open your alternative mind it! – Grapevine Birmingham 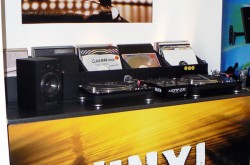 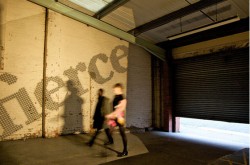 Fierce Festival hosts is an annual international festival of live art that takes place across Birmingham during March and April each year. Read more… 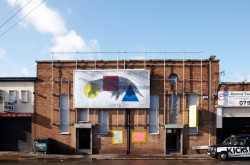 Eastside Projects is a free, contemporary art gallery based in Digbeth, the creative heart of Birmingham. Read more…