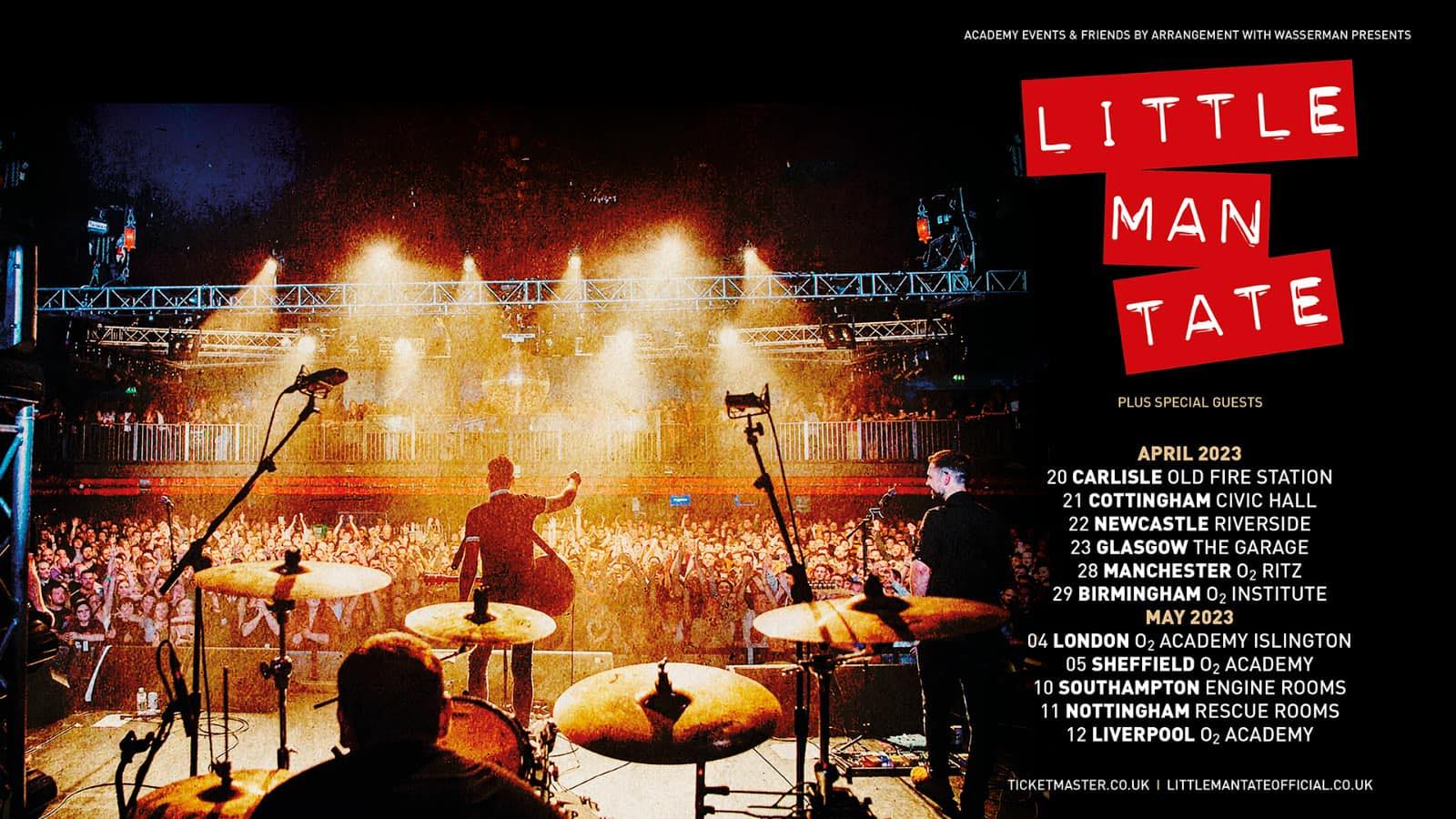 Kicking off in Carlisle on 20 April 2023, the tour comes in the wake of two riotous appearances at Victorious and Tramlines festival, as well as a recent tour supporting The Enemy across the UK.

Ready to set the nation alight all over again, tickets are on sale from Friday 21 October at 10am.

Recapturing the same magic all these years later, last year’s reunion shows saw Little Man Tate pick up exactly where they left off as they geared up to embark on a new and exciting chapter together.

Stalwarts of Sheffield’s famously thriving noughties indie scene, Little Man Tate rubbed shoulders with the likes of Bromheads Jacket, Milburn, Reverend & The Makers and Arctic Monkeys to put the Steel City back on the musical map.

Forming in 2005, the band announced themselves with infectious first single “The Agent”, with a sold-out vinyl run instantly lapped up by almost 2000 fans quick to recognise something special in the making.

Followed by unprecedented Top 40 hit “What? What You Got?”, Little Man Tate were earmarked as one of the UK’s hottest prospects igniting a bidding war amongst multiple record labels. Signing with V2 Records in 2006, the band invaded the UK Top 40 once more with their string of singles including “House Party At Boothy’s” and “Sexy In Latin”. Their sensational debut album ‘About What You Know’ also climbed to #27 in the UK Albums Chart.

Staking their place as a must-see on the live circuit, Little Man Tate stepped up to huge slots at festivals such as Reading and Leeds, and played a momentous pre-Christmas show at the iconic Empress Ballroom in Blackpool.

Swiftly following up their debut, 2008 saw the band release their second and final album ‘Nothing Worth Having Comes Easy’, before making the difficult decision to part ways. Playing two phenomenal sold-out shows at Sheffield’s O2 Academy, Little Man Tate bowed out of music with a bang.

From conquering the dancefloors of the indie discos to putting popstars out of place in the UK charts, Little Man Tate achieved in just four years what most band’s could only dream of. And now the band’s original lineup — Jon Windle, Edward ‘Maz’ Marriott, Ben Surtees and Dan Fields — are ready to do it all again. Full dates and details below.