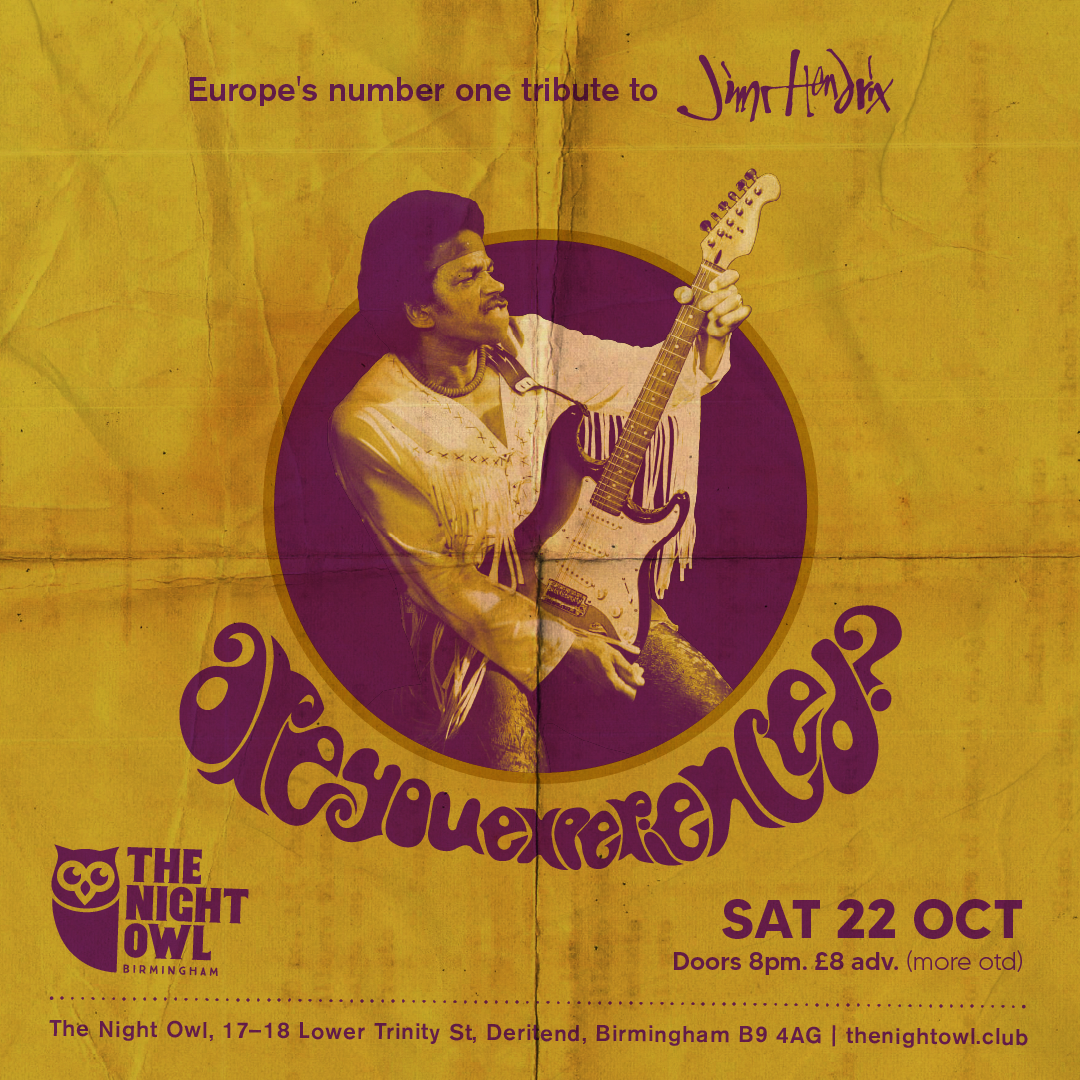 ARE YOU EXPERIENCED? are now widely accepted as the No.1 tribute to Jimi Hendrix.

Formed in 1996 by John Campbell, the onstage resemblance is there for all to see. With showmanship that harks back to Jimis late 60’s performances, even the most ardent fan would raise a wry smile.

John has appeared on “The Trisha Show”, Talk Radio with Lorraine Kelly, Sky One’s “Death by excess” & The One Show. They whipped up a storm at The Night Owl’s first ever ‘Owlstock Festival’ and triumphantly returned for 2022’s festival and now they are back by popular demand, this band are not to be missed!