Home » What's on » Local band The Clause In Their Element!

Local band The Clause In Their Element! 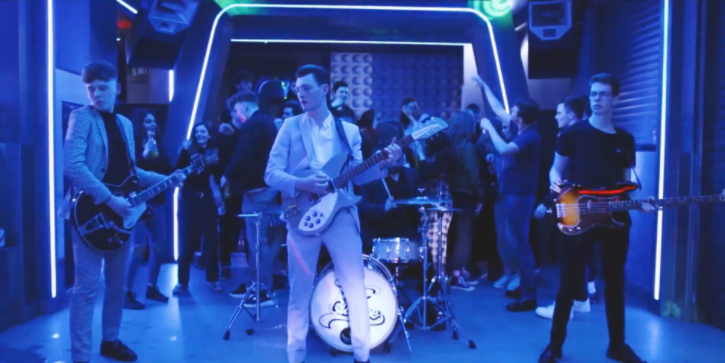 In My Element, symbolises and embodies the culture we have experienced in night life within Birmingham and around the UK. It takes influences from many different genres ranging from Disco to Techno whilst the backbone of the song is composed with The Clause’s signature rock and roll sound.

Lyrically the song is about embracing the euphoria of being out experiencing night life or metaphorically being on top of the world at a summer festival. It tries to capture the essence of feeling like your “flying high” on adrenaline or “coming up” on the raw feeling of life itself whilst poetically telling a story through the verses of these experiences.

When it was written it felt like the song needed a riff that would endlessly loop round the listeners mind until they were hooked on the raw elation of the song. By the time it was completed it felt like it had entered into a new genre of disco rock music which was the goal when the composition of the song began.

The Clause have a handful of singles under their name hailing at around 500,000 streams across all platforms and a string of hometown sell outs including the Institute 2 to a sellout crowd of 600 fans. The Clause pride themselves on their large success, having released all songs independently, with no sponsors, label, agent or manager.