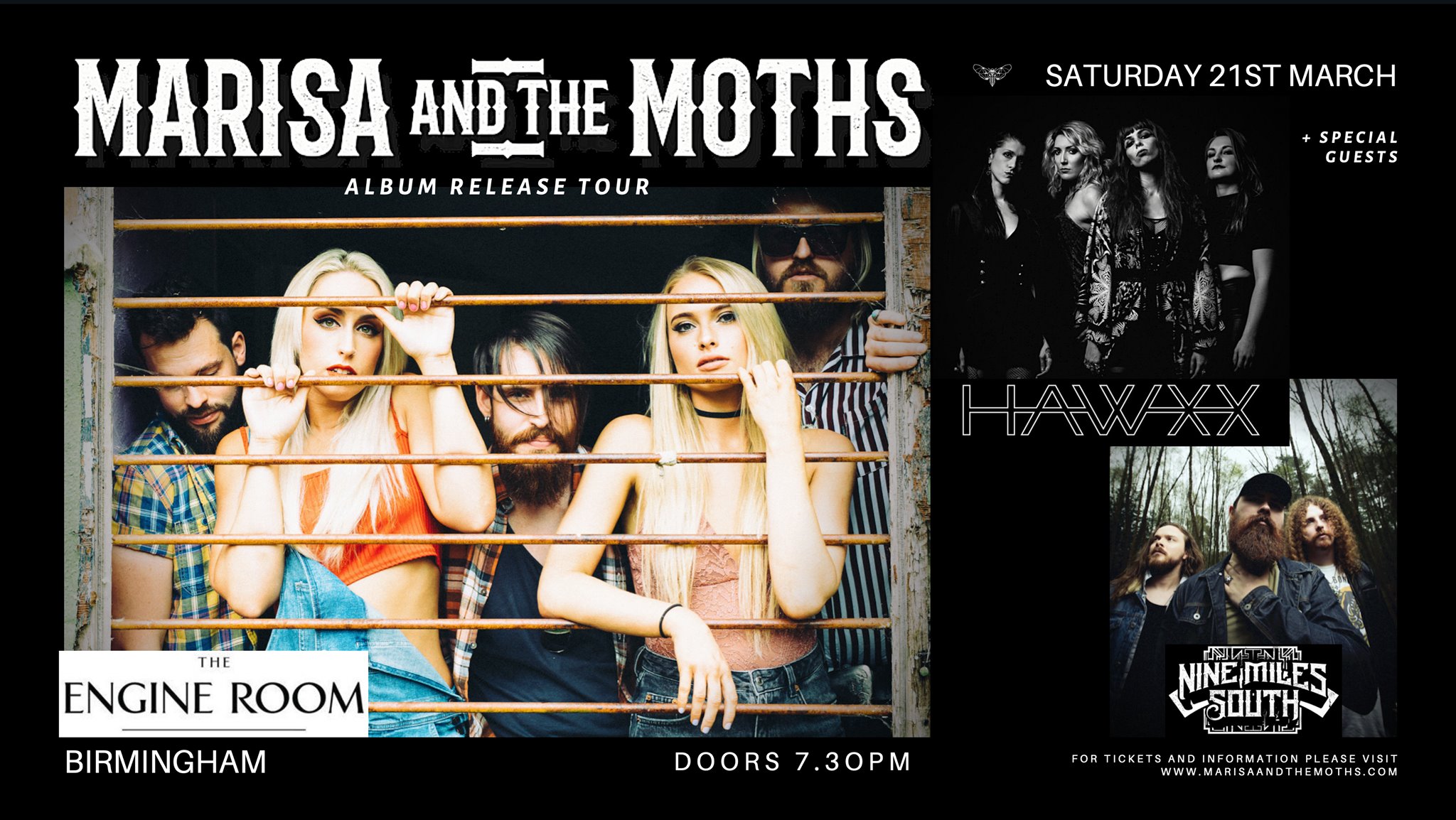 Marisa And The Moths are a new band on the scene, and yet they’ve already rapidly gathered a following which continues to grow at pace. They were recently played as a featured artist on Kerrang! radio and written up as a featured artist in Classic Rock magazine, where their debut single ‘Skin’ was included on the front cover CD. Their debut self-titled album (released 15th November 2019) has been met with an incredibly positive response from the public. The album charted in the UK album downloads chart to number 66. They were also awarded Album Of The Year 2019 by Female fronted rock and metal revolution.

As well as their own impressive social media presence, Sophie Lloyd, the bands lead guitarist has an impressive 248,000 subscribers on Youtube, 60,000 followers on Facebook, and 140,000 followers on Instagram. The band have a relentless release and touring schedule planned for 2020 with more music video releases to come.