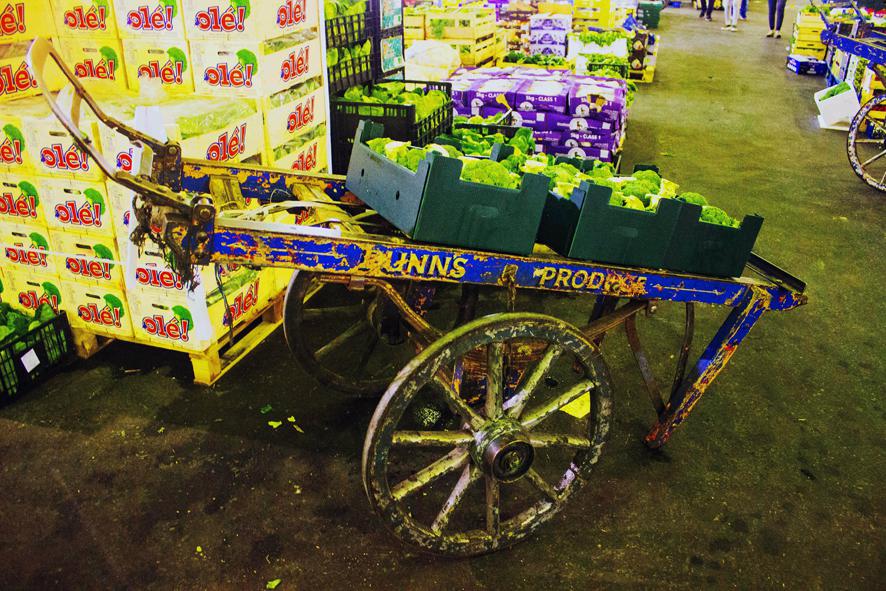 In January 2018 photographer Tom Ranahan was allowed access, by Birmingham City Council, to record the last days of the Birmingham Wholesale Food Markets.

The modern markets, which opened in 1973 to replace the original 100 year old city centre markets, were about to relocate to a new site in Witton.

He took early morning photographs inside the horticultural, meat and fish markets with the neon lighting in the halls giving an eerie feel to these last days.

Images of the exterior market areas, taken later in the day, have a similar air of melancholy; boarded windows, peeling paint, an England football flag, left over from a world cup campaign.

Tom Ranahan has exhibited widely in the UK and at international exhibitions in France, Italy, Ireland and Japan. He is currently showing work in the exhibition, Human Nature/Nature Humaine at the Jardin Botanique Galleries in Bordeaux.

Images on show are from a larger body of work published in book form in 2018.

Copies are available via the artist or the gallery.

Tom Ranahan is from Birmingham and works for the Library Services.