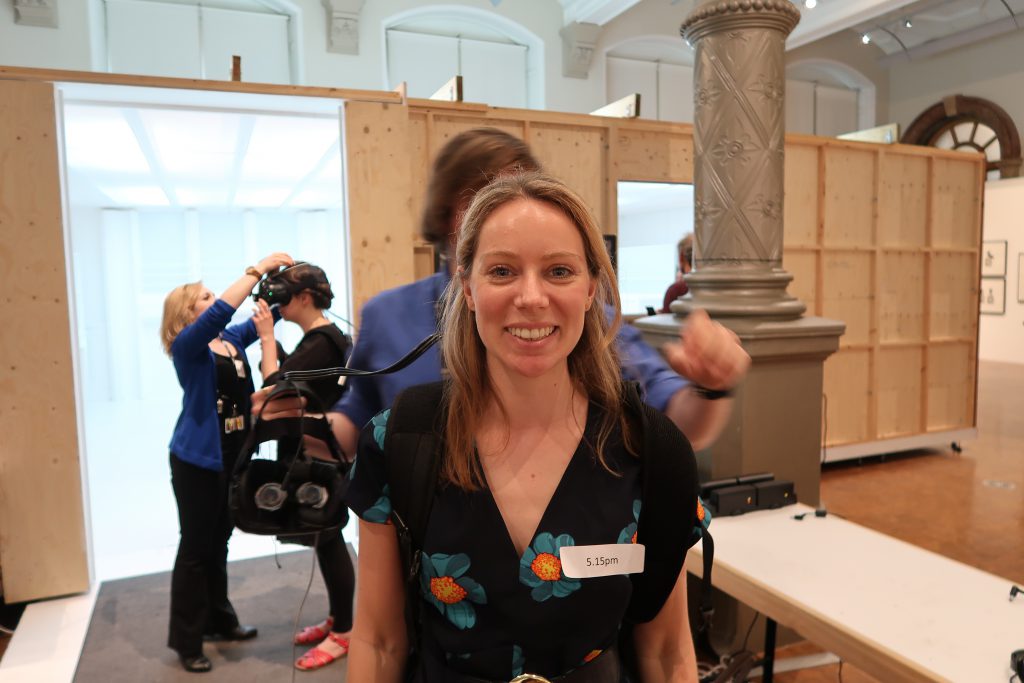 ‘Thresholds’ is a new virtual reality artwork by the renowned British artist Mat Collishaw, which is currently, and significantly, on show at Birmingham Museum & Art Gallery. Using the latest in VR technology, ‘Thresholds’ re-stages one of the earliest exhibitions of photography in 1839, when British scientist William Henry Fox Talbot first publicly presented his photographic prints at King Edward’s School in Birmingham.

After being given a headset and backpack, I walk into a fully immersive portal into the past. Within a digitally reconstructed room, I can touch the bespoke vitrines, fixtures and mouldings and pick up photographs.

I even feel the heat from a coal fire and hear the sound of demonstrations of the Chartist protesters who rioted in 1839 on the streets of Birmingham about technology taking their jobs, and I glimpse these through the digital windows.

Smaller details include moths fluttering around the lamp lights and mice scuttling across the floor. Other visitors appear as white, fleeting shadows. It’s incredible.

The human mind is a very suggestible thing – Mat Collishaw.

The original 19th-century exhibition, staged by the British Association for the Advancement of Science, celebrated cutting edge technological innovation. Unfortunately, Fox Talbot’s original images have faded almost beyond recognition with several of the surviving photographs existing only in light-proof vaults. ‘Thresholds’ not only restages an important historical exhibition but provides a way to view images that have since been lost.

Today technology is rapidly changing the way we view the world around us, and shapes our experiences as well as our memories. Collishaw explains that:

VR still feels like an unknown and that makes it really compelling… I think it’s going to have a similar impact on art as photography did, which is why I’ve chosen this specific moment to explore through VR. That show changed how we viewed images for ever and I think VR will bring about the same kind of shift. 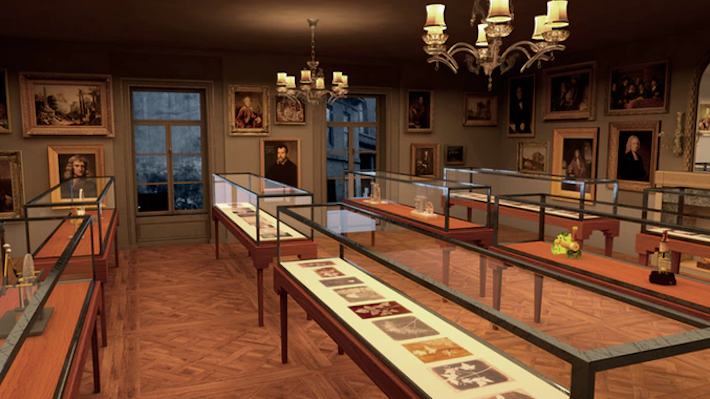 ‘Thresholds’ is a show, and magical world, not to be missed. The VR immersive experience allows visitors to revisit the birth of photography – a medium that has come to saturate our lives – and it is both uncanny and compelling.

I already want to go back to see details which other viewers had seen, and which I missed. There is also something wonderful about watching other people – through two windows which look onto the space – immersed in the virtual reality.

The richness of the particpants’ experience within the detailed, constructed room contrasts with the bare, white walls which appear to the onlooker. This is an exhibition which relies on visitors to take part, and use the cutting edge technology to construct their own reality.

Collishaw worked on this ground-breaking show for 3 years with a team of experts including photographic historian Pete James, Paul Tennent from Nottingham University’s Mixed Reality Laboratory, respected authority on Fox Talbot, Larry Schaaf and the Architect / Architectural Historian David Blissett. He also collaborated with the team at VMI studios and The Whitewall Company, London.

‘Thresholds’ will run from 24th Jun – 6th Aug 2017 at Birmingham Museum & Art Gallery. Booking is essential, which you do online here: www.eventbrite.com/e/mat-collishaw-thresholds-tickets 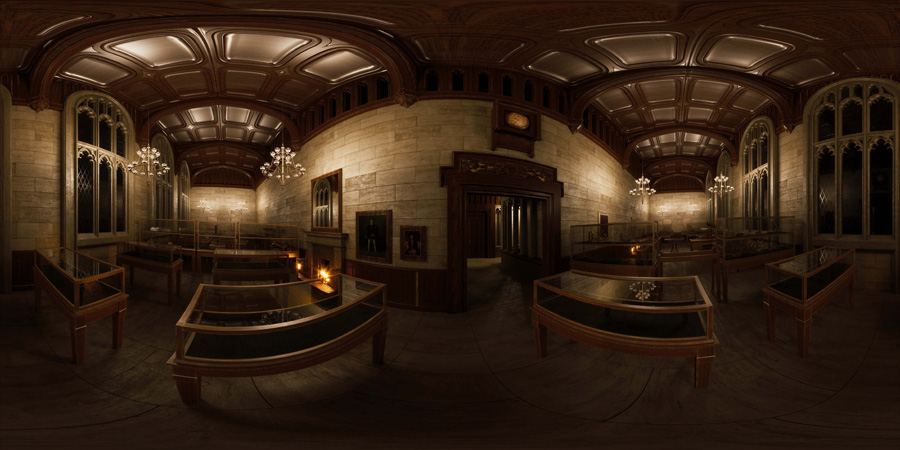