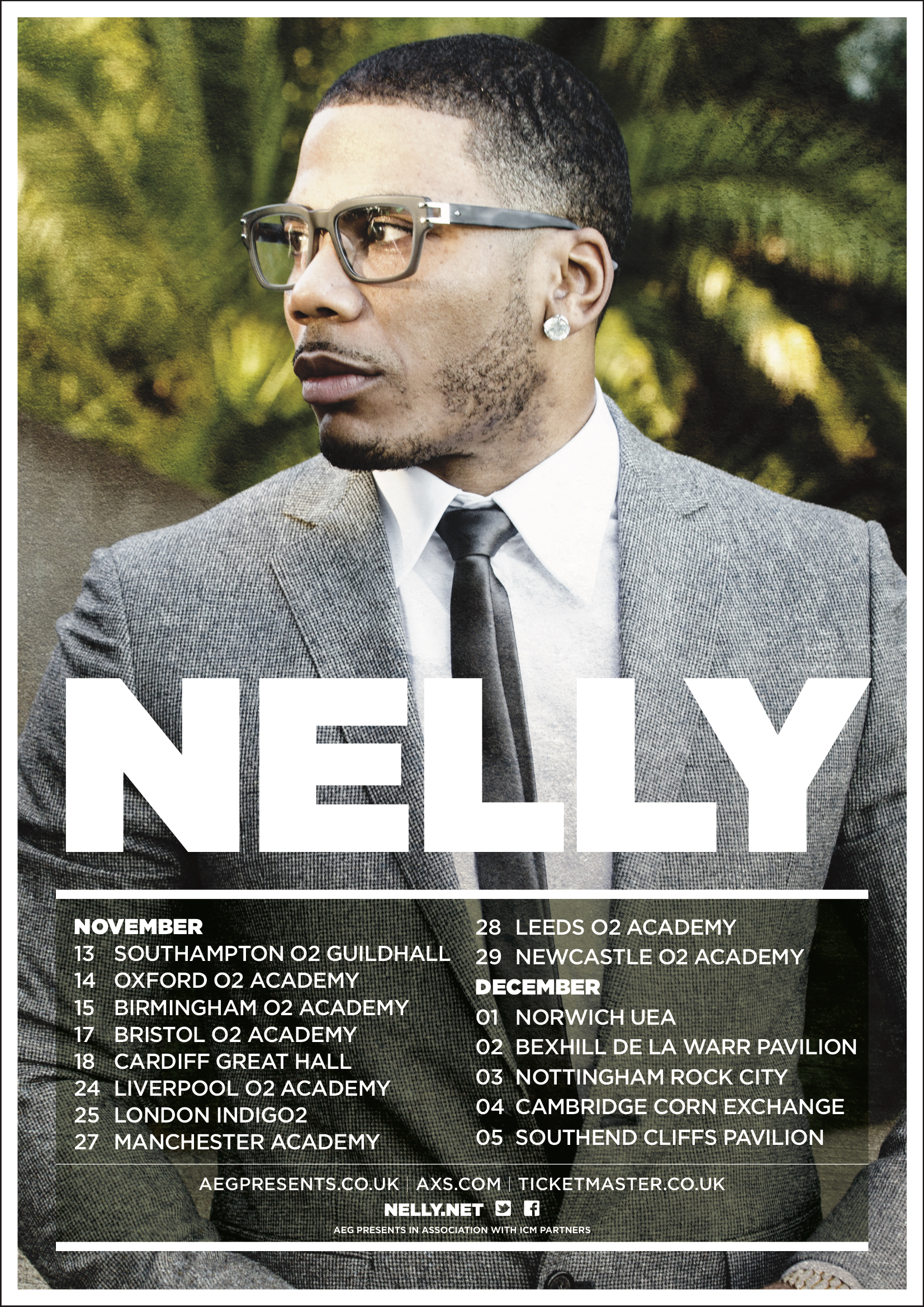 Diamond Selling, multi-platinum, Grammy award-winning rap superstar, entrepreneur, actor and philanthropist, Nelly, returns to the U.K. for a massive 15-date nationwide tour, presented by AEG Presents.  An incredible opportunity to see the rap legend take to the stage in the UK, tickets will be on general sale through www.aegpresents.co.uk.

Nelly is one of hip hop’s biggest selling exports and has continually raised the bar for the entertainment industry since stepping on the scene in 2000 with the release of his inaugural album, Country Grammar [which received diamond status in 2016].

The U.K. Charts are not unfamiliar territory to this award-winning artist and his distinctive vocals – he has definitely made his mark on our fair island; racking up four U.K. number ones, 13 U.K. top 10 singles, 2 U.K. top 10 albums and 23 U.K. top 40s, spending over 175 weeks in the top 40, in all.

An energetic and exuberant performer with an unforgettable stage show, Nelly has performed across the globe and on NBC’s The Voice, The American Music Awards, ABC’s Greatest Hits and served as a judge on CW’s The Next. Just a few of his best known hits include: “Hot in Here” – “Dilemma” [feat. Kelly Rowland] “Country Grammar” “Ride Wit Me” “Just a Dream”– with “Cruise” also reaching diamond status in 2016, “The Fix” sampling Marvin Gaye, and summer 2016’s smash dance anthem “Millionaire” with Cash Cash and Digital Farm Animals.

Nelly’s larger-than-life personality make him a firm favourite in top-rated U.S. show Real Husbands of Hollywood, and the second season of filming Nellyville is already underway.

The music mogul has also been prosperous in other aspects of the industry, introducing his hugely successful women’s clothing line, Apple Bottoms and is part owner of the Charlotte Bobcats with Michael Jordan. In 2005, he made his big screen debut in the Adam Sandler and Chris Rock hit remake, The Longest Yard and in starred in Reach Me with Sylvester Stone in 2014.

Nelly recently added sports commentator to his list of accomplishments with Fox Sports which makes him one of few actors with three television shows airing at one time.

Currently he supports Make a Wish foundation and is the only rapper/music artist to own his own college, EI University, which provides education surrounding the music industry, and Nelly himself provides scholarships.