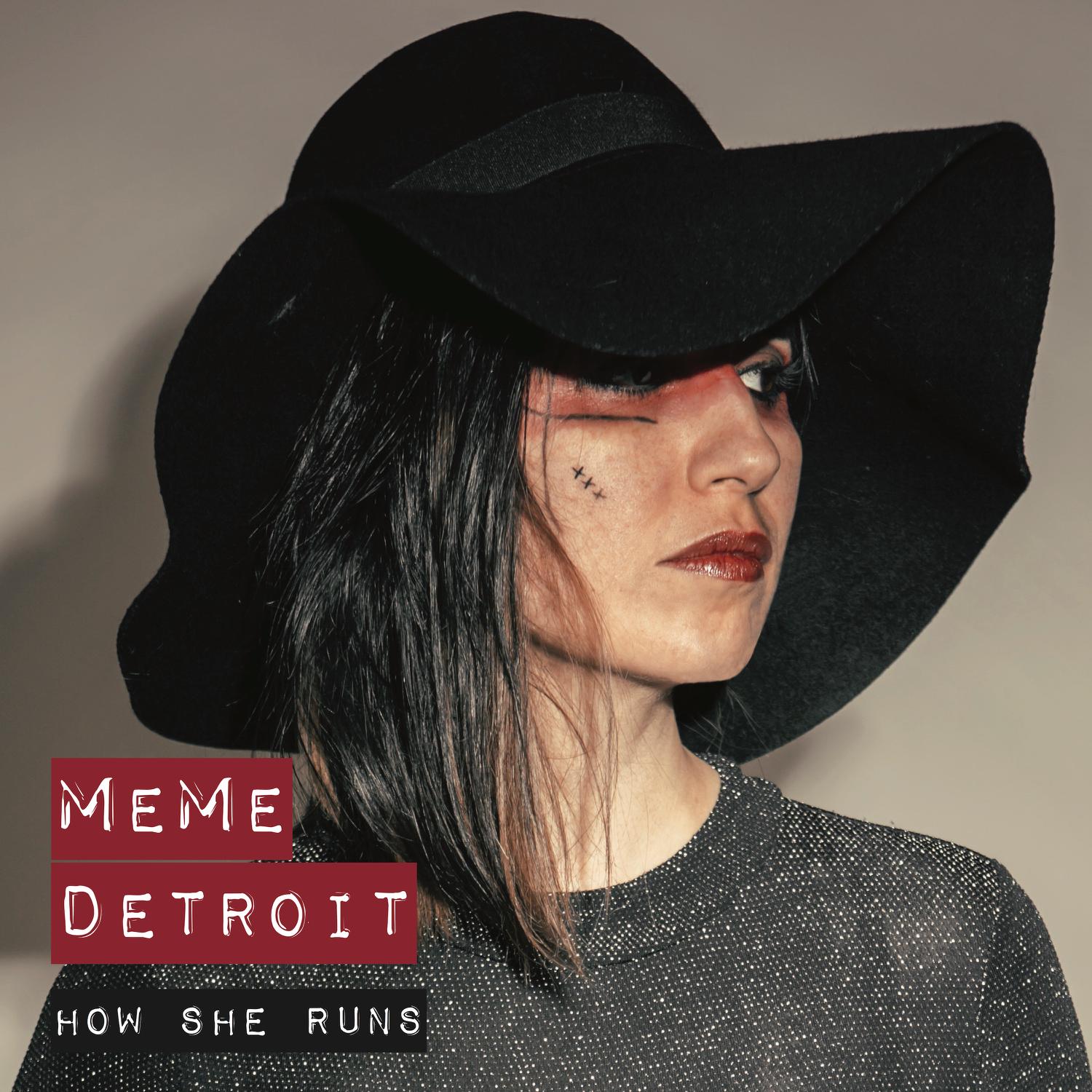 The indie grunge girl draws inspiration from a reservoir of influences to produce a record of sparkling and energising quality, having grown up with 90s grunge and Britpop high on the household playlist and a box full of hand me down 7” classics on repeat; The Beatles, Michael Jackson, Rolling Stones, Fleetwood Mac and Blondie to name but a few.

MeMe was approached by up and coming director Steven Murphy to compose an ‘eighties feel’ track for his new feature film ‘My Saviour’.

The single was recorded with engineer/ producer Alastair Jamieson (The Jesus and Mary chain, Duran Duran) at Park studios, Birmingham and mastered by Jon Astley at Close To The Edge (The Who, Peter Gabriel, Tori Amos, The Rolling Stones, Stereophonics, Judas Priest).

The band consists of MeMe Detroit, vocals/guitar/synth, Lewis Smith, bass and Barney Such on drums. MeMe and the lads have played over 200 gigs across the UK, including a live streamed show in a treehouse, O2 Academy and Jurassic Fields festival. This wealth of live experience shaped and moulded ‘How She Runs’ into a sonic force not to be missed.

‘How she runs’ beautifully weaves a tale of lust, love and fear of rejection. Working as a DJ, MeMe took inspiration from witnessing the UK nightlife from outside/inside the DJ booth.

I see it all the time. That moment in the club when someone notices someone else, that instant attraction. Some just dive straight in, others (and I’ve been guilty of this in the past) take the whole night to pluck up the courage to speak to them and then sometimes never do, leaving them with just a dream of what could have been.

Link to track: How she runs