Home » Interviews » Q&A with Pete Jordan, founder of MADE Festival

Q&A with Pete Jordan, founder of MADE Festival

The UK is well into the swing of festival season, with this year’s Glastonbury having been a huge success yet again, and other favourites like Boomtown and V Festival still to come, as well as the smaller, local festivals showcasing undiscovered talent.

When we think of the festival, the quintessential musical congregation of British summertime, we don’t immediately think of Birmingham. Although they are few and far between, Birmingham music festivals are stars in their own right. In honour of celebrating Brum’s small but mighty festival scene, we’ve interviewed Pete Jordan, the founder of MADE festival.

If you haven’t already heard of MADE festival, it is a relatively new kid on the festival block, having been born in 2014. However, in its short life so far it has gone from strength to strength, getting bigger and better each year. This year’s festival at the Digbeth Triangle on July 29th is sure to be another winner. If you still aren’t tempted, have a read of what Pete had to say about this year’s event…

Q: MADE Festival has become renowned for being an eclectic celebration of both national and locally grown talent and was even shortlisted by the UK Festival Awards for the Best Metropolitan Festival. How is this years festival going to be the biggest and best yet?

A: Each year we start with the main aim of making the event better than the previous year. With an ever-evolving site in inner-city Birmingham, and of course an ever-evolving music scene, we work on the show all year round to deliver a safer and more enjoyable experience for your loyal customers. This year, we have sold out in record time, and believe the line up, arts and food programmed across the 10 arenas and spaces is our best to date.

Q: Clearly before the first MADE festival came about there was a gap in the market for an inner city music festival like this in Birmingham. What would you say the MADE festival has brought to the city, and what is the concept behind the venture?

A: I guess the first thing we have bought to the city is a festival that Birmingham can feel proud of. In recent year’s many have tried to develop a major festival but have failed. Considering the size of the second city it is almost unbelievable that it doesn’t have a better developed festival scene. MADE have addressed this, and with some key collaborators from the West Midland’s electronic music, arts and food scene has gone from strength to strength. Our initial concept to showcase the wealth of West Mids talent (across the arts) on a platform that would attract people from across the UK and beyond has never waivered and I’m pleased to say the formula has served us well in becoming one of the most respected events in the UK.

Q: At last year’s festival, one of the most hyped areas was the Hospitality stage. Will the don of DnB record labels be returning this year?

A: Hospitality does return this year, but upgrades to the Arena which gives you an indication on just how strong the drum and bass sound is in the city right now. We have seen a major increase in attendances across all our club shows in the city. With the likes of Sub Focus, DJ Hype and Hazard and High Contrast Live on the bill, it’s guaranteed that it will be another popular arena at the event.

Q: Some of the artists performing at this year’s festival include Sub Focus, My Nu Leng and the man himself Goldie promising a reggae set. Who do you predict will steal this year’s show?

A: You’ve already said it. Having Goldie perform a reggae set at the festival, followed by a drum and bass set at the after party is something the whole MADE team is looking forward to. As an artist, Goldie encapsulates exactly what MADE has been attempting to emulate as a festival. His new album, The Journey Man, is undoubtedly a modern day masterpiece.

Q: You must feel enormously proud of the huge and growing success of the festival in its early years, but can you tell us a bit more about what actually goes into organising something on this scale?

A: Birmingham has often been written off by the music and events industry, but we knew that the city could definitely have it’s own festival and it is our priority to make MADE a major festival in the UK calendar.

Organising the event is a year round process, from booking the talent, the promotion, venue administration, bars, security, health and safety – in fact the list is almost endless. There is a lot of skills and experience across the small dedicated team that goes into the event, and as we are completely independent there is a major risk each year to make the event work financially. That said, the results speak for themselves.

Q: And finally, what would you recommend as a piece of wisdom/advice or a ‘must see/do’ for everyone attending MADE this year?

A: I would suggest checking out a range of the acts, artists and street food. Seeing an act you haven’t seen before, experience the whole site, and if you are at a busy bar, then go to another we have loads of site, and queuing shouldn’t be in issue.

Thanks to Pete for taking the time to answer our questions, and if you’re lucky enough to have grabbed a ticket for this event, take on Pete’s words and enjoy every minute. Unfortunately, this is the fourth year the festival has sold out, but if you are lucky people who are unable to attend do tend to sell their tickets via Facebook. Despite tickets being sold out, you can still get tickets to MADE…My Night after party with Goldie, Hannah Wants, Kurupt FM, Redlight, 1991, Rude Kid + more. 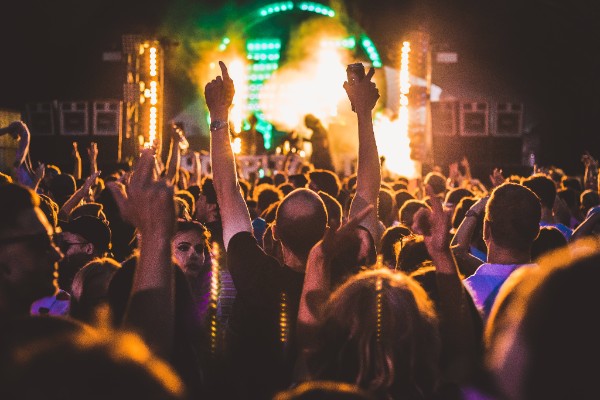