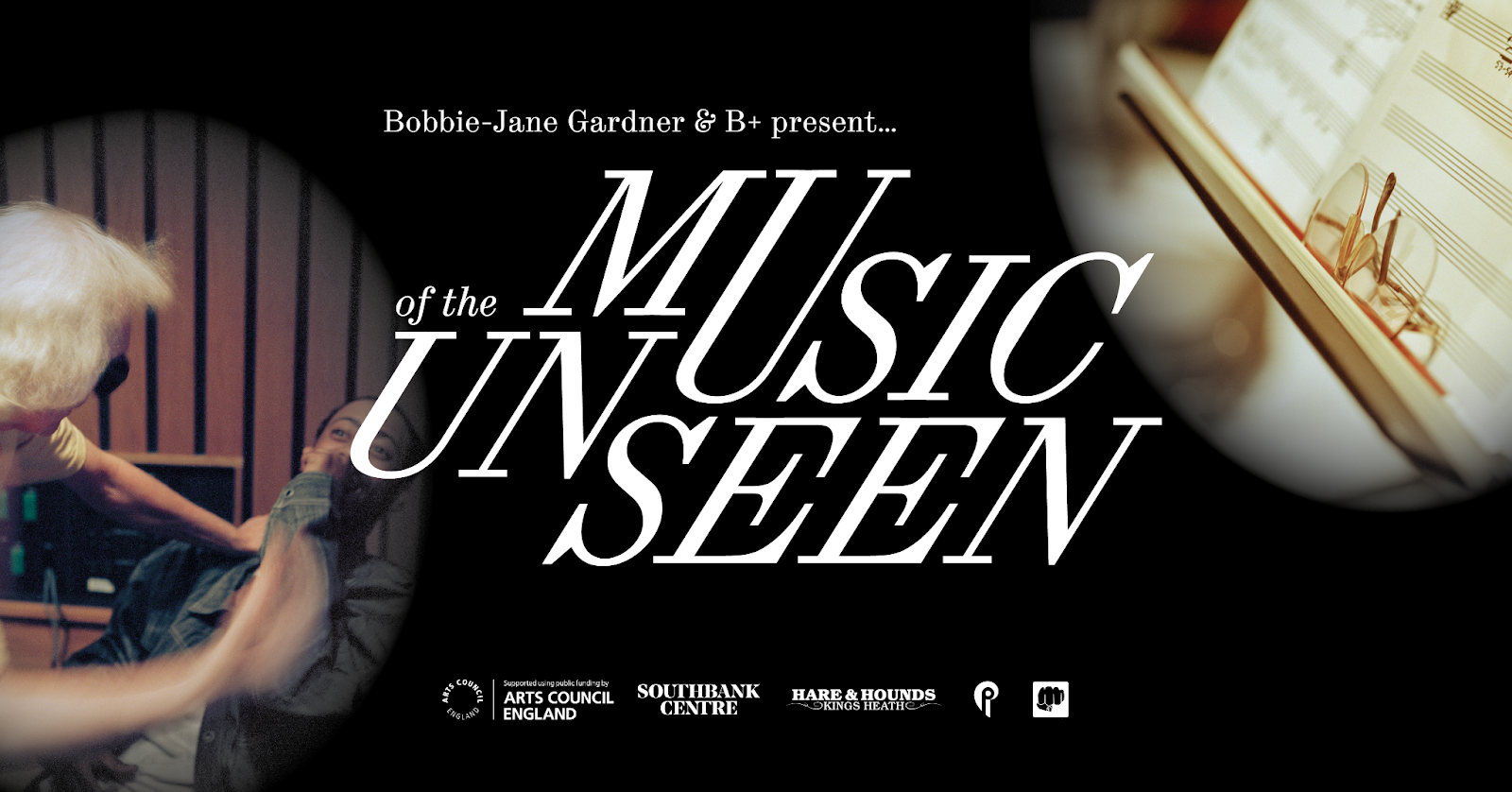 MUSIC OF THE UNSEEN

Acclaimed composer Bobbie-Jane Gardner and Academy Award-nominated documentarian and photographer B+ will present ‘Music Of The Unseen’ later this year – an ambitious and astounding interdisciplinary creative collaboration, this new live show will shine a light on composers Charles Stepney and David Axelrod, two of the most influential and unsung musical figures of recent times.Charles Stepney was an American record producer, arranger, songwriter and musician, noted for his work with artists such as Earth, Wind & Fire, Eddie Harris, Terry Callier, The Dells, Ramsey Lewis, Rotary Connection and Minnie Ripperton.

Receiving a classical training in his hometown of Chicago, Stepney first experimented with Gospel groups, mixed with his classical contemporary influences. He went on to become one of the most influential arrangers of the last fifty years, his music and arrangements being covered and sampled thousands of times over the decades.

David Axelrod was an American composer, arranger and producer, who after finding success as a staff producer in the 1960’s went on to produce a number of groundbreaking solo records as well as to work with artists including Cannonball Adderley, Lou Rawls Letta Mbulu, and the Electric Prunes.

As his work as an arranger and composer was re-discovered in the early 1990’s, Axelrod’s genius and huge influence began to be recognised more and more, with artists including DJ Shadow, Lauryn Hill, Dr Dre and many more sampling Axelrod’s work.

Those taking on the task of honouring, reimagining and shining a light on the work of these two great composers are Bobbie-Jane Gardner and Brian Cross (B+).

Bobbie-Jane Gardner, a retired DJ, composer, arranger and educator has received commissions from Punch Records, mac arts, Vivid Projects, Grand Union, Birmingham Contemporary Music Group, Heart n Soul, Wild Plum Arts and Onyx Brass. Gardner is passionate about education and giving back to the community – leading delivery of for-Wards: an ambitious citywide musical ode to her hometown of  Birmingham involving 9 other Brummie composers and 40 community groups Brian Cross / B+ is an LA-based Irish artist, photographer, director, writer and documentarian. His 1993 book ‘Its Not About a Salary: Rap Race and Resistance in Los Angeles’ was nominated as a Rolling Stone book of the year and NME critics best music of the year. Cross was the director of photography for the Academy Award-nominated documentary Exit Through The Gift Shop and he has shot album covers for artists including Damian Marley, David Axelrod, DJ Shadow, Fly­ing Lotus, Eazy-E, J Dilla, Jurassic 5, Rza, Company Flow, Madlib, Dilated Peoples, Mos Def, Thundercat, Kamasi Washington and Q-Tip.

‘Music Of The Unseen’ will be performed in three cities in November 2022 – stopping at Manchester’s Stoller Hall, The Royal Birmingham Conservatoire and the London South Bank Centre. These performances will feature three live ensemble interpretations featuring strings, percussion, wind alongside live visuals, experimental film and curated DJ sets by pioneering selector Marc Mac. Music Of The Unseen aims to inspire underrepresented students working in classical music genres, intergenerational audiences and raise awareness of black orchestral music heritage.  Through this deeply collaborative and inventive production, Gardner, Cross and producer Shekayla Maragh hope to shift perceptions that new music in the classical genre is elitist, complex and for those who have prestigious academic accolades and to inspire a new generation of composer-arrangers as well as invite audiences that extend beyond classical music audiences.

This partnership came about when I was in LA being mentored by the incredible Patrice Rushen. B+ kindly let me stay with his family when I was out there absorbing loads of orchestration skills from Dr. Rushen who was majorly generous in ensuring I got what I needed. It was during the second week of being out in LA that I learned B+ had delivered the Timeless project – a massive inspiration on my practice and not long after that, B+ suggested we work together.

David Axelrod and Charles Stepney are two musical giants whose musical artistry is unparalleled, they have been sampled by so many people especially in the world of Hip Hop – so it’s important to us to give the Stepney and Axelrod heads the opportunity to hear the music as it was intended but also add in layers or reframe it… to experiment just a tad with the sound but in a sensitive way. I’m constantly expressing gratitude to and engaging in a musical dialogue with Axelrod and Stepney through the creation of these arrangements.

This music for the most part has never been played live. These records were made as studio records and if the music was toured at all it was done very scaled down. All music evolves, so we must feel compelled to contribute to the conversation. Both David and Charles Stepney were organic intellectuals, deeply erudite, well read, in conversation with the latest technologies and profoundly passionate about the world. You can hear all of this in the music. How do we continue their legacies? How can we remain passionate, engaged and fresh in the ways they did?