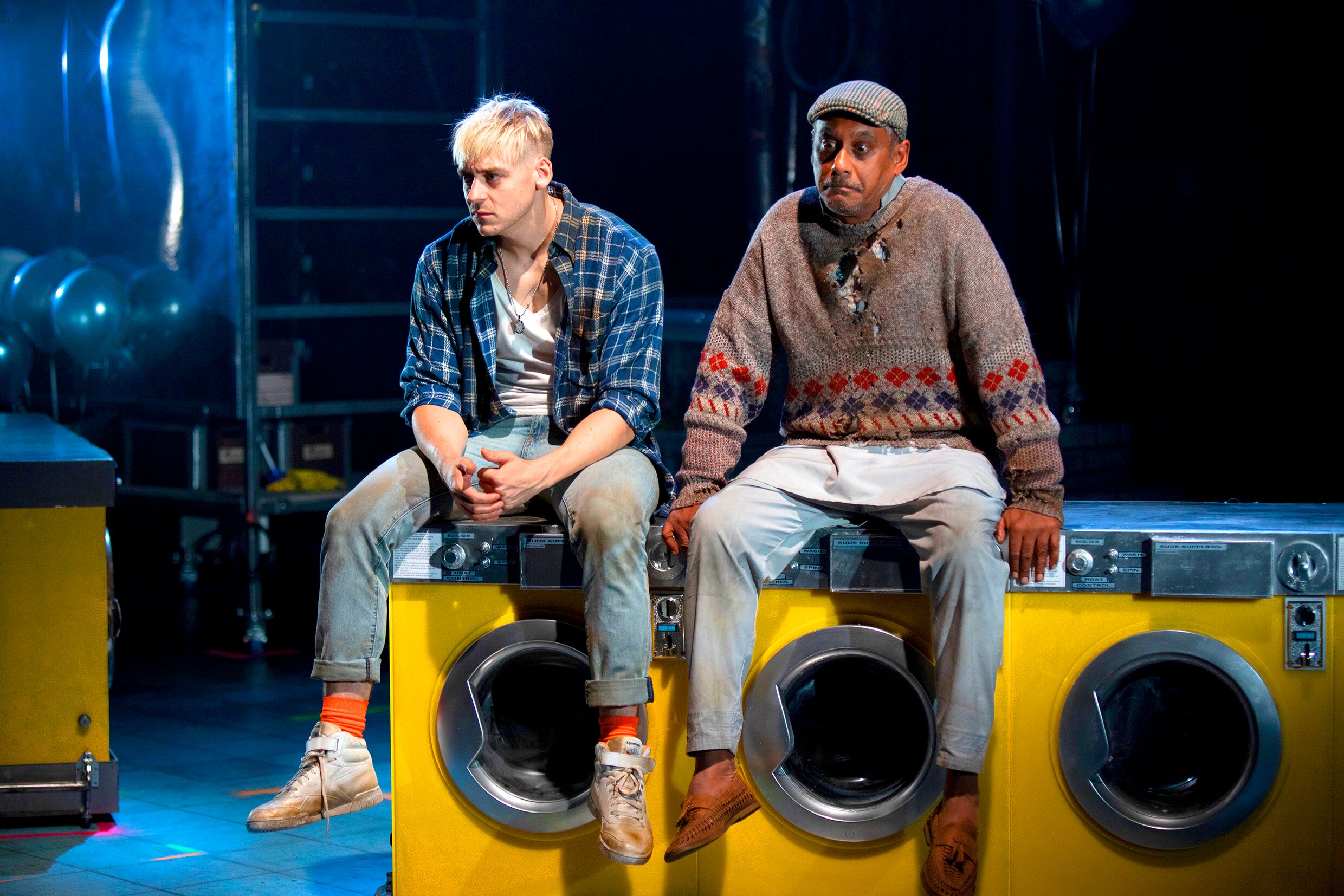 Set in London during the Thatcher years, My Beautiful Laundrette tells the story of young British Pakistani, Omar, who transforms his Uncle’s run-down laundrette into a thriving business. After being confronted by a fascist gang, Omar recognises school-friend Johnny and uses their history to diffuse the situation. As they renovate the laundrette together, love blossoms between them. This culture clash comedy is also a subversive work of social realism, sprinkled with magic and joy running through the rich veins of Kureishi’s writing.

I’m thrilled to be presenting Hanif Kureishi’s astonishing adaptation of his Oscar-nominated film My Beautiful Laundrette at Birmingham Repertory Theatre. Hanif surfs a multitude of strikingly relevant issues in his 1985 masterpiece – from the journey of the immigrant, English working class society, women’s roles in the family and the results of Thatcher’s policies. Kureishi does all of this with bucket loads of wit, openness, compassion and a sense of mischief at the absurdity of it all.

“It is also a testament to the extraordinary world and characters Hanif has created, that Neil and Chris have come on board to compose music for the show. As the Pet Shop Boys, Tennant and Lowe have created some of the greatest pop tunes ever written and we are thrilled they have brought their astonishing talents to this production.

Hanif Kureishi’s 1984 screenplay for the film My Beautiful Laundrette was nominated for an Oscar. He also wrote the screenplays of Sammy and Rosie Get Laid (1987) and London Kills Me (1991). His novel, The Buddha of Suburbia (1990) won the Whitbread Prize for Best First Novel and was produced as a four-part drama for the BBC in 1993.

The cast features Omar Malik (East is East, Nottingham Playhouse) as the quick-witted Omar, a young British Pakistani who transforms his Uncle’s run-down laundrette into a thriving business. Jonny Fines (An Officer and a Gentleman the Musical, UK Tour) will play rebellious punk Johnny, the role which launched the career of Daniel Day-Lewis. Gordon Warnecke, who originally played Omar in Stephen Frears’ 1985 film, joins this new cast as Papa, Omar’s alcoholic but wise Father.

Completing the cast are Paddy Daly as Genghis and Dick O’Donnell, Kammy Darweish as Nasser, Hareet Deol as Salim, Nicole Jebeli as Tania, Balvinder Sopal as Bilquis and Moose and Cathy Tyson as Rachel and Cherry.