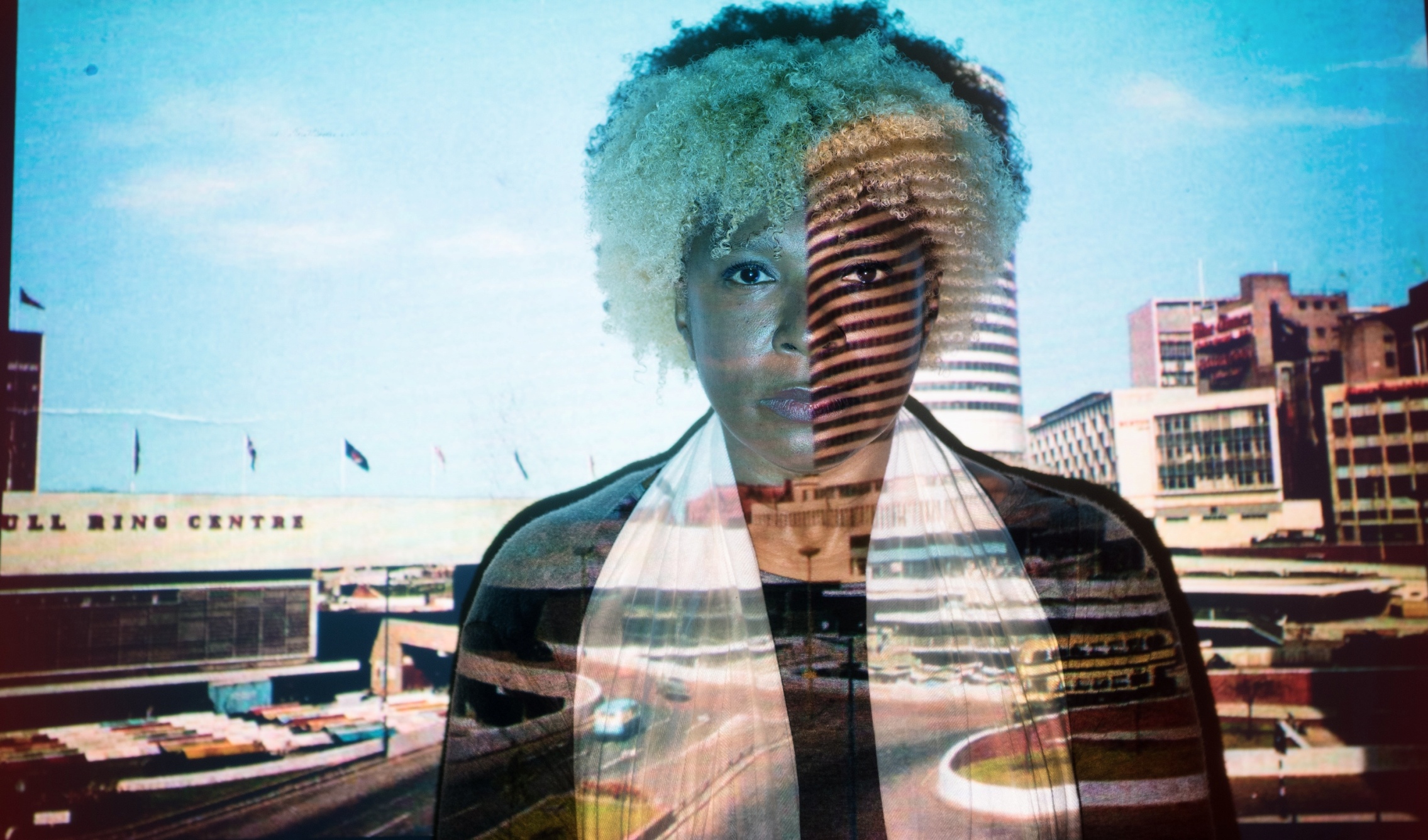 I Knew You is the highly-anticipated new play from Birmingham-born writer and performer, Steven Camden, aka spoken-word artist Polarbear. Staring Birmingham actress Lorna Laidlaw, I Knew You, looks at family dynamics and asks if we can really escape from our past. Directed by Daniel Bailey, I Knew You receives its World Premiere at Birmingham Repertory Theatre from 29 September to 7 October followed by a tour to fifteen libraries, community halls and cafes across Birmingham.

When the closest your son has got to his dad in twenty years is a Google search, what role model does he have for fathering his own child? As Angela inches closer towards retirement and a life that revolves around her cat and ready-meals for one, her son Nathan struggles with being a stay-at-home dad. But the monotony of their everyday life is about to be broken. A chance encounter with ‘her Patrick’, has Angela torn. Should she introduce father to son? Patrick has some news that may well force her hand – will he finally meet the son he walked out on, and the grandson he’s never met?

Everything I write is about family, whether blood or chosen. The dynamics between those people closest to each other are the ones that fascinate me. I am very interested in what the passage of time does to perceptions and opinions. How the lens through which we view what happens changes over time and what that means for us when we are forced to address it.

I Knew You was born out of me thinking about that in relation to parenthood, duty and absence. What happens to the space that remains when a person leaves? What do we make them into in order to function? What do we make ourselves? And what happens if they come back?

Birmingham actor, Lorna Laidlaw returns to The REP’s stage to play Angela. Lorna is well known to many as Mrs Tembe in BBC Doctors for which she has won an RTS and MVSA award for Best Actress. Her many previous theatre credits for The REP include These Four Streets, The Mother, Peter Pan and A Midsummer Night’s Dream. Appearing alongside Lorna as Patrick is fellow Birmingham actor, Roderick Smith who last appeared at The REP in Tartuffe and Heather Gardner. His other theatre credits include Love’s Labour’s Lost, Much Ado About Nothing and The Christmas Truce (Royal Shakespeare Company). Brenton Hamilton, also from Birmingham, makes his REP debut as Nathan.

Steven Camden (Polarbear) is one of the most respected spoken word artists in the UK. Regularly performing his work internationally since 2007, Camden has graced stages from Kuala Lumpur to California via Glastonbury and The Royal Shakespeare Company. His work has featured extensively on BBC Radio 1, 3 and 6. His first Radio 4 play Sleeping Dogs was commissioned in 2013. His debut play Back Down for Birmingham Repertory Theatre toured nationally in 2015. He was co-writer and script mentor on the Akram Khan Company’s Olivier Award winning production Desh as well as script writer for LIFT festival’s acclaimed production Turfed.

He has written two Young Adult novels for HarperCollins, TAPE and It’s About Love, with his third, Nobody Real due to be published in January 2017. His first young people’s theatre piece Mouth Open, Story Jump Out, received five stars reviews and is currently on it’s third international tour, with the follow up Dark Corners set to tour internationally in 2018.

I Knew You is directed by Daniel Bailey, with design by Georgia Wilmot, lighting design by Alex Boucher and sound design by Clive Meldrum. The production and subsequent tour are supported by the Sir Barry Jackson Trust.

I KNEW YOU
BY STEVEN CAMDEN
DIRECTED BY DANIEL BAILEY