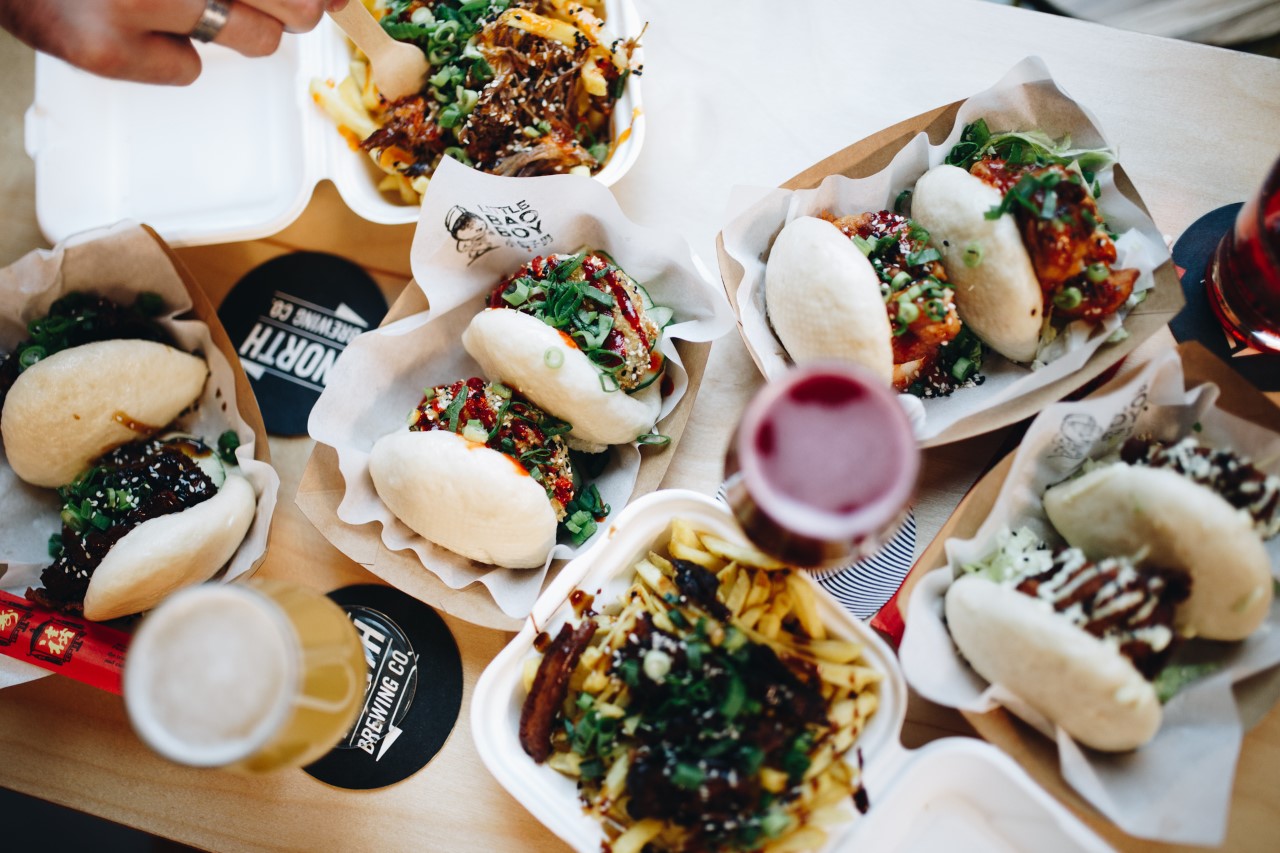 North, the independent Leeds-based brewery, is growing with the opening of North Taproom: Snow Hill in Birmingham’s city centre this year. Opening in November, the new taproom is North’s ninth and the team’s first outside their home county of Yorkshire. Attracted by the entrepreneurial spirit of the city and its vibrant independent brewing and events scene, the North team are delighted to be making Birmingham their new home. Renowned for their alternative approach, quirky style and excellent, friendly service, North Taproom: Snow Hill will be a warm and welcoming space showcasing North’s extensive core range, alongside an ever-changing line-up of beers, wines, cocktails, ciders and spirits from an eclectic range of local and international producers. Fellow Leeds-based brand, Little Bao Boy, will be making the move with North, serving up a menu of contemporary Asian street food. North Taproom: Snow Hill opens at Unit 1 Snow Hill in November 2022 – Birmingham residents are invited to sign up to North’s newsletter for updates on the opening, and to nab a pint on the house when the doors open: www.northbrewing.com/venue/north-taproom-snow-hill.

Located minutes from Snow Hill station in the heart of the city centre, North’s newest taproom will be housed in a modern glass building, creating a light and airy space for city dwellers to enjoy seven days a week. At 2,500sqft the taproom will seat 100 covers inside, with space for an additional 30 standing guests, and an extensive covered outdoor seating area that will seat a further 50. In keeping with North’s warm and welcoming ethos, interiors will feature plywood, plants and clean lines to create an open, spacious taproom with a relaxed Scandi feel. A large bar with 24 tap lines will be surrounded by a mix of high and low seating, alongside fridges of cans to drink in or take away. All tables will be offered on a walk-in only basis (no bookings necessary) – it will be a relaxed and friendly environment where all are welcome (including children and well-behaved dogs), with plenty of communal seating and an inclusive ethos.

The taproom will have 24 draught lines, including 18 lines of keg beer, showcasing North’s ever-evolving range of core brews, specials and collabs. The North team love working with friends and have in the past brewed with mates from Cornwall to Copenhagen, Birmingham to Berlin, and an array of cities in-between, so guests can expect an eclectic array of guest breweries on the Birmingham taproom line-up. The team are busy right now brewing with Digbeth-based beer legends Dig Brew Co, creating a limited edition collab to feature on the taps at launch.

It is important to the North team that all tastes and temperaments are catered for, and the taproom will offer extensive options beyond beer. On the taps guests can enjoy house made negroni, a rotating selection of cocktail lines, as well as wine and fizz. A small, but perfectly curated line up of wines by the bottle will also be available, showcasing natural wine producers and innovative techniques, an approach mirrored in North’s selective spirits collection, and seasonal cocktail lists. A variety of grown-up no and low alcohol options will always be available.

The North team will be joined at the Birmingham taproom by their good friends and fellow Leeds-based independent, Little Bao Boy, who will be serving up a menu of contemporary Asian street food every day. Guests can expect a short, but inventive selection of Bao, including the likes of the KFB(chicken thigh marinated in gochujang buttermilk and dredged in Little Bao Boy garlic flour mix, fried and topped with iceberg lettuce, sriracha mayo and sesame seeds), and vegan-friendly Crispy Tofu(tofu deep fried in togarashi mix, topped with cucumber, hoisin, sriracha mayo, spring onion and toasted sesame seeds). A small selection of sides will include gyoza and loaded fries, as well as occasional specials.

Beyond their venues, the North team have built a strong retail offering that Birmingham locals can soon enjoy both in venue and via delivery. The taproom will not only be home to a selection of takeaway cans and mini kegs, but also North’s range of sustainably produced merch. Expect a selection of brewery tees, cycling jerseys and retro football shirts, plus glassware, bottle openers and all necessary accoutrements to level up your at-home drinking.

Birmingham residents can also enjoy fresh beer delivered directly from the brewery to their door via North’s extensive online store. At-home drinkers will find plenty to fill their fridge, with online access to North’s core range, limited edition specials, guest beers and more. Adventurous drinkers should also check out The North Beer Club, a monthly subscription service delivering brewery fresh beers from North Brewing Co and a vast array of industry friends. Those working locally and looking to shake up their office drinks game will soon also have access to North’s office drinks subscriptions, with options to have brews and glassware delivered direct to their desks weekly, fortnightly or monthly.

North Taproom: Snow Hill will open at Unit 1 Snow Hill, Queensway, Birmingham in November 2022. North are currently hiring – anyone interested in joining the team can find out more at www.northbrewing.com/working-at-north. To stay up to date with opening details and to enjoy a pint on the team at launch, Birmingham residents are invited to sign up to the North newsletter at www.northbrewing.com/venue/north-taproom-snow-hill.