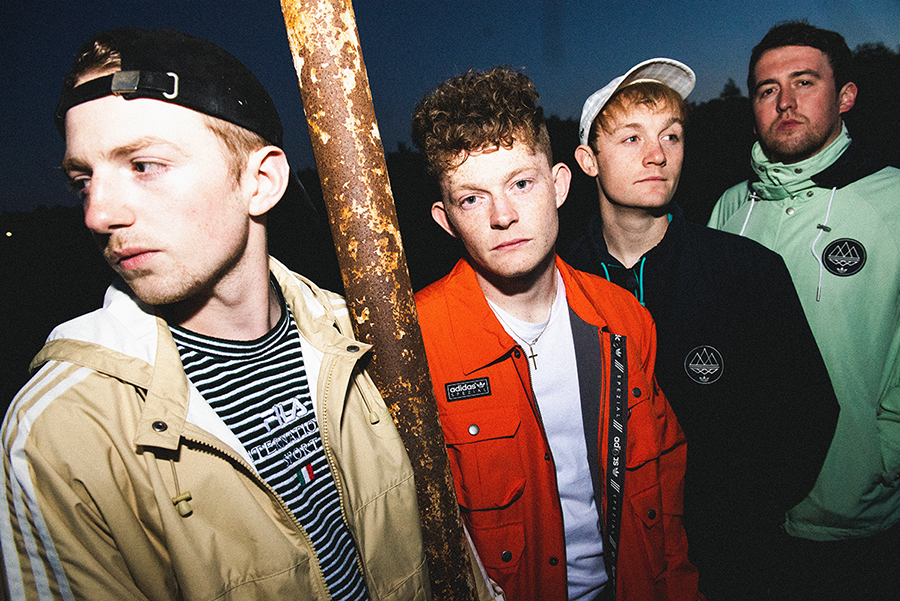 Birmingham / Walsall band The Assist are back with a jaw-dropping reflection on aims and ambition, ‘Just a Dream Away’. The four-piece – one of the stapes of the UK underground music scene and a shining light in the Midlands – take their acclaimed kaleidoscopic styles and sugar it with fresh impetus, hope and melody.

You can listen to ‘It’s Just a Dream Away’ here:
https://open.spotify.com/track/3WUTgUIxDGCVXvUDGvnKow?si=bivJwaYiSx-6UjdEZooFEA

It’s another sign of progression for the quartet. Ever since forming in 2014, The Assist have had their finger on the pulse of how the modern generation consume music, soaking their soaring indie anthems with hip-hop-inflected beats, dance-tinged rhythms and blistering breakdowns. It’s this eclectic adventurism that has seen The Assist sell out venues across Birmingham, Manchester, Leeds and Sheffield as well as share the stage with the Happy Mondays and Blossoms, play in Paris, France with Black Honey and tour across the UK with The Twang last Christmas, supporting them on seven dates. Most recently, the four-piece completed a six-date tour across Russia as part of a cultural programme with the British Embassy. The ‘Urals tour’ including headlining Boris Yeltsin Open Air at the Ural Night Music Festival performing in front of over 12,000 people.

New single ‘It’s Just a Dream Away’ is a mature slice of mid-paced majesty. Singer Mikey Stanton has never sounded better, his deep and dreamy vocals soaring over the top of Jorge Poole’s propulsive and rhythmic bass work, guitarist Ryan Stanton’s glacial and ethereal arpeggios and Ben Faulkner’s barnstorming, intricate drums. “For the first time in my life, I know the score. Forget all those highlights if you want more,” urges Mikey, as ‘It’s Just a Dream Away’ cements itself as an uplifting anthem of silencing the doubters (including yourself).

‘It’s Just a Dream Away’ is another entry to the band’s commendable canon, who are most certainly in the Eden Hazard category of assists. Speaking of football, the band previously enjoyed a starring slot on the landmark television show Soccer AM. While away from the pitch they’ve graced big stages at festivals such as Reading & Leeds, TRANSMT and Isle of Wight. Their 2018 EP, LOST, charted in bothSpotify’s ‘top 50 most streamed tracks in the UK’ and iTunes’ ‘Top 10 indie chart’, and, if a stint in Russia wasn’t impressive enough, these Brummie scamps’ sounds will soundtrack the upper-crust scandals in long-standing E4 show Made in Chelsea. You may have previously heard The Assist on BBC Radio 6 where they have been praised by the likes of Tom Robinson and Steve Lamacq.

Deeper reflections and mature themes suit The Assist just as much as their more party-hearty anthems do. Forget things being a dream away, if we’re talking success and adulation, The Assist are making that a reality.