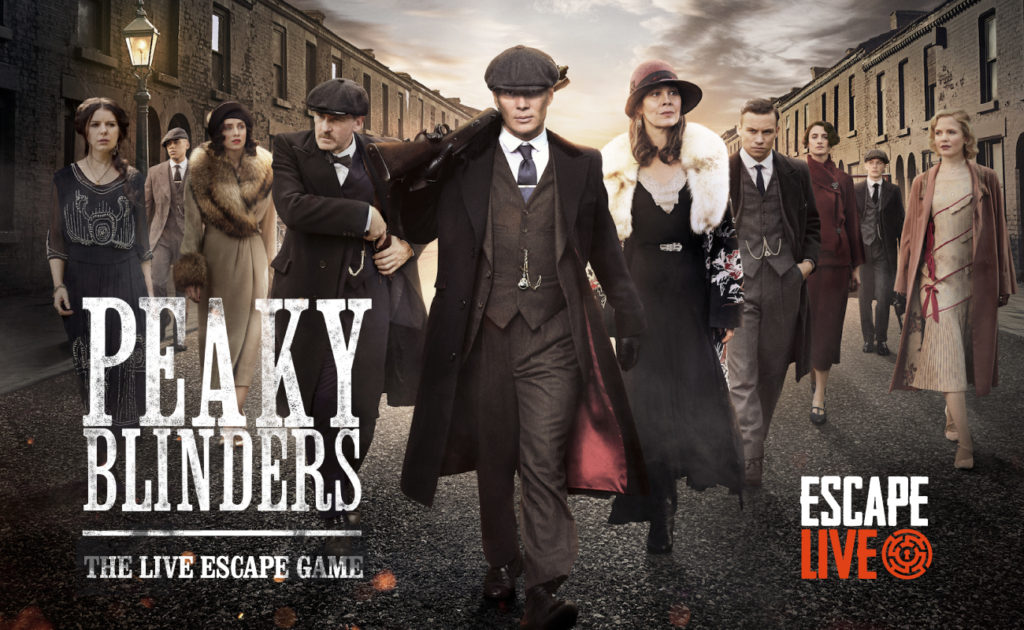 The world’s first official Peaky Blinders escape rooms are set to be unveiled after the show’s production company agreed a deal with a Midlands-based operator.

Escape Live will be bringing the first experiences to Birmingham later this year – with plans to expand across the UK on the back of the deal.

Global content creator, producer and distributor, Endemol Shine Group, and Caryn Mandabach Productions, have partnered with the Midlands-based company to launch the themed escape rooms as part of a growing demand for immersive experiences relating to popular drama series.

Peaky Blinders, which is set in Birmingham, is a Caryn Mandabach Productions and Tiger Aspect Production for the BBC, created and written by Steven Knight. The series, which is distributed by Endemol Shine International across more than 180 countries, has won multiple awards including the 2018 BAFTA for Best Drama Series and Best Drama at the 2019 National Television Awards.

This is fantastic news for Peaky Blinders fans everywhere and we’re looking forward to re-imagining this international drama phenomenon into a number of escape experiences.

The first rooms will be coming to Birmingham soon and we can’t wait for fans of the series to see what we have planned.

We have acquired a new property which will be the home of the new experiences and we believe the character of that building fits the series perfectly.

Peaky Blinders has been enjoyed by millions of viewers across the world, but it is only right that these experiences are brought to Birmingham first.

We are working closely with Endemol Shine Group to develop content for the rooms and will be revealing more details over the next couple of months.

There is a huge appetite from audiences to take part in experiences based on the Peaky Blinders series and it is key for us to ensure that the official products and events live up to fans expectations.

We are delighted to have teamed up with the experienced team at Escape Live who will bring the Peaky Blinders series to life and deliver an outstanding experience which will really wow players.

Last year it was announced that in the UK, the show will move from BBC Two to BBC One for its fifth series which will air later this year. Peaky Blinders series four was BBC Two’s biggest drama series of 2017 with an average of 3.3 million consolidated viewers. It had a peak episode volume of 3.6 million for the series finale, the biggest audience for an episode of Peaky Blinders ever. For more information visit www.escapelive.co.uk