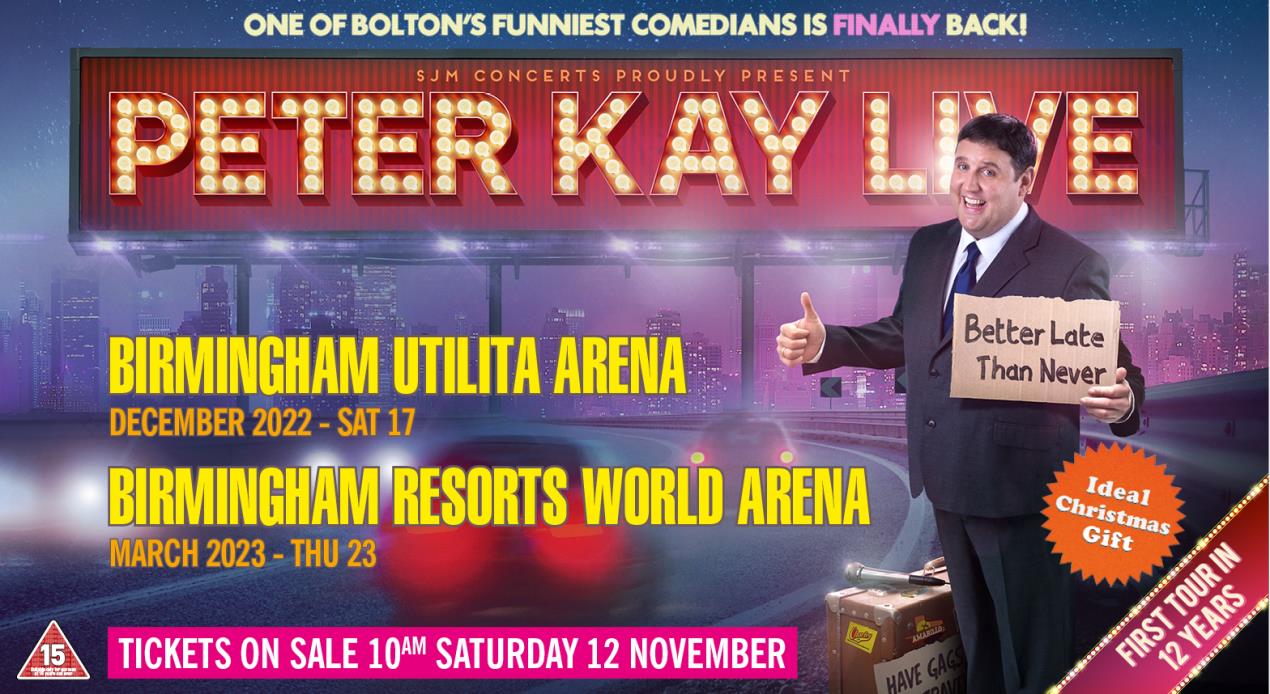 “It’s good to get back to what I love doing best, stand-up comedy and if there’s ever a time people need a laugh it’s now”

“And with the cost of living at an all-time high, ticket prices are starting from £35. The same price they were on my previous tour in 2010”

Peter’s 2010 tour still officially ranks with the Guinness Book of World Records as the biggest selling comedy tour of all time.

Playing to over 1.2 million people.

Check out our Peter Kay ‘Everything You Need To Know’ page and stay social for all the latest info!