Home » What's on » post-paradise 12 at Centrala 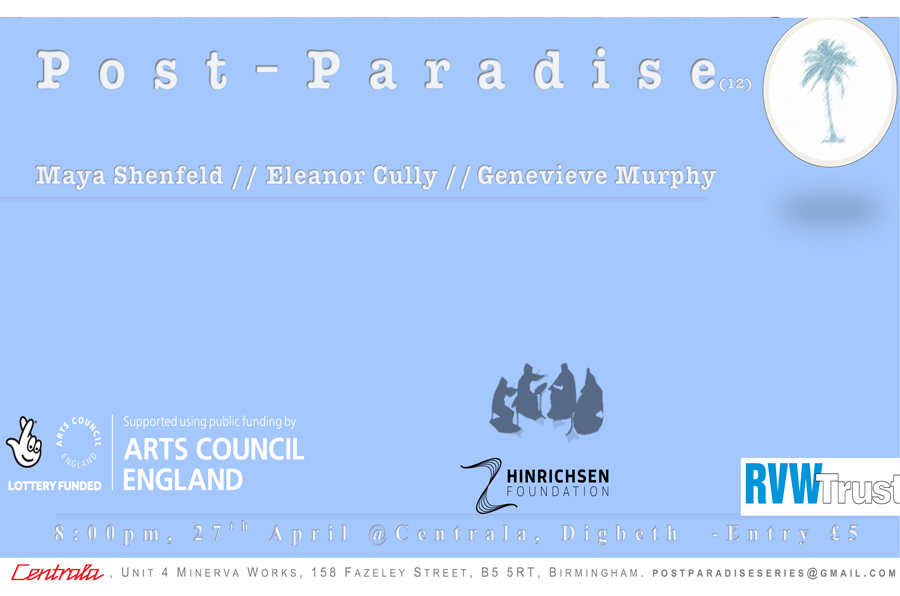 Post-Paradise is a grassroots experimental music concert series run by a collective of composers based in Birmingham, UK.

Now in its second season, Post-Paradise has created a centre of activity for new music in the city, programming established and emerging composers from the UK and abroad.

This month we have Berlin based Maya Shenfeld whose “artistic practices revolve around composition, performance and sound art, as well as writing about music”. Composer-vocalist Eleanor Cully, based in Huddersfield, who “makes art with brief texts and images, which may become titles and programme notes”. Genevieve Murphy, an ex-Birmingham resident, now living and working as a composer & performer in Amsterdam.