Home » What's on » Quadrophenia The Album Live! Comes to Birmingham 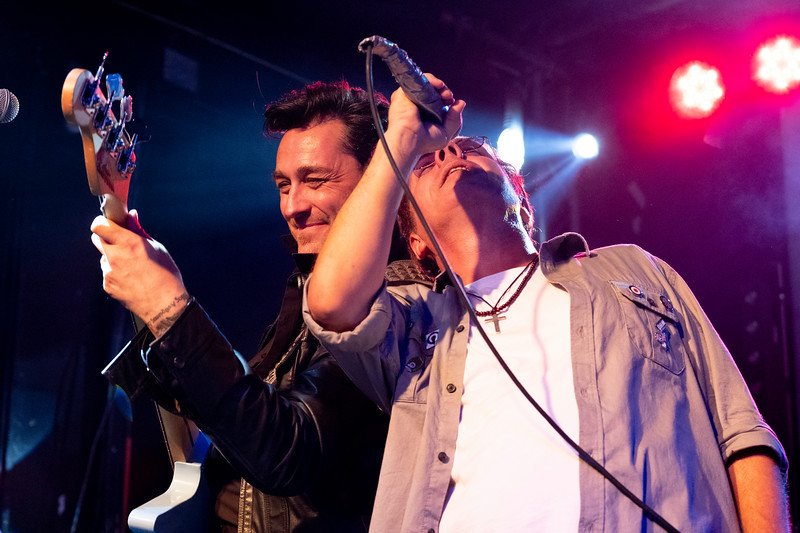 The Who’s masterpiece rock opera album, Quadrophenia, has been brought to life and recreated for the theatre stage by international eight-piece band – The Goldhawks, who will be bringing the show to one of the Midlands famous live music venues – Birmingham Town Hall on 12th June.

The legendary concept album is performed live and in its entirety by The Goldhawks, who deliver not only a stunning delivery, but have also been referred to as, “The closest you will ever get to the real thing,” by promoter and compere, Wolfy Foxlow, who toured with The Who for over 10 years.

Since its performance debut, the band have been receiving standing ovations and acclaim for their sensational reproduction of the Who’s original sound.

Appealing to generations both young and old, the show contains exciting, and sometimes heart-wrenching, large-screen projections of archival footage together with sound effects as performed on the album, all of which is supported by stunning lighting to enhance and add to the performance.

Long-standing Who fan Roger Clifford who saw the show in Portsmouth earlier this month, stated,

I have seen the Who 20+ times since 1969 at the Isle of Wight festival, and The Goldhawks performance was wonderful. They performed just like the actual Who, absolutely brilliant.

If that’s not enough to convince you, this coming August Bank Holiday sees the show follow the Mods bank holiday ritual by visiting Brighton, where the album will be performed at the Concorde 2 venue in the seaside town.

This will be followed by an end of tour after-show party, where two stars of the iconic Quadrophenia film (which is now celebrating its 40th anniversary), and who are also close friends of the band – lead actor Phil Daniels who played Jimmy, and Trevor Laird who played the part of Ferdy, will both make special guest appearances at the wrap party.

Upon completion of the Quadrophenia the album Live! Tour, the band will be commencing touring their next Who opera album, Tommy, in the autumn of 2019.

Quadrophenia the album, Live! Is produced by Concept Concerts Ltd.

For more information on Quadrophenia Live, The Goldhawks and other forthcoming shows, please visit their website https://www.thegoldhawks.com/