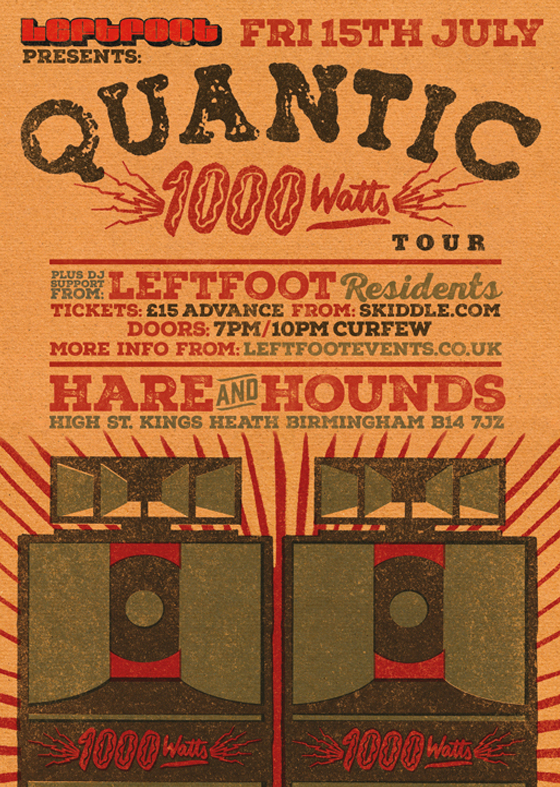 Quantic, headed by producer, selector, musician and DJ Will Holland land at the Hare & Hounds on Friday 15th July as part of the 1000 Watts Tour.

The show encompasses the many guises and eras of Quantic’s recordings; from early downtempo to Jazz, and the more recent period of Colombian-based Cumbia & Latin soul.

But, with the impending release of ‘1000 Watts’, Holland will drop some tropical reggae and dub-infused rhythms into the show. Having come off a busy year of DJ touring, a tour with Colombian project Ondatropica, and The Tropical Elevation tour, Quantic is ready to bring some reggae-roots to his live set!

On the 1000 Watts Tour, Holland will be joined by legendary Colombian drummer/ percussionist Wilson Viveros, and Texas-born multi-instrumentalist and regular Quantic collaborator, Sylvester Onyejiaka on horns and keys. Longtime Quantic collaborator and vocalist, Nidia Góngora, as well as Christopher Ellis.