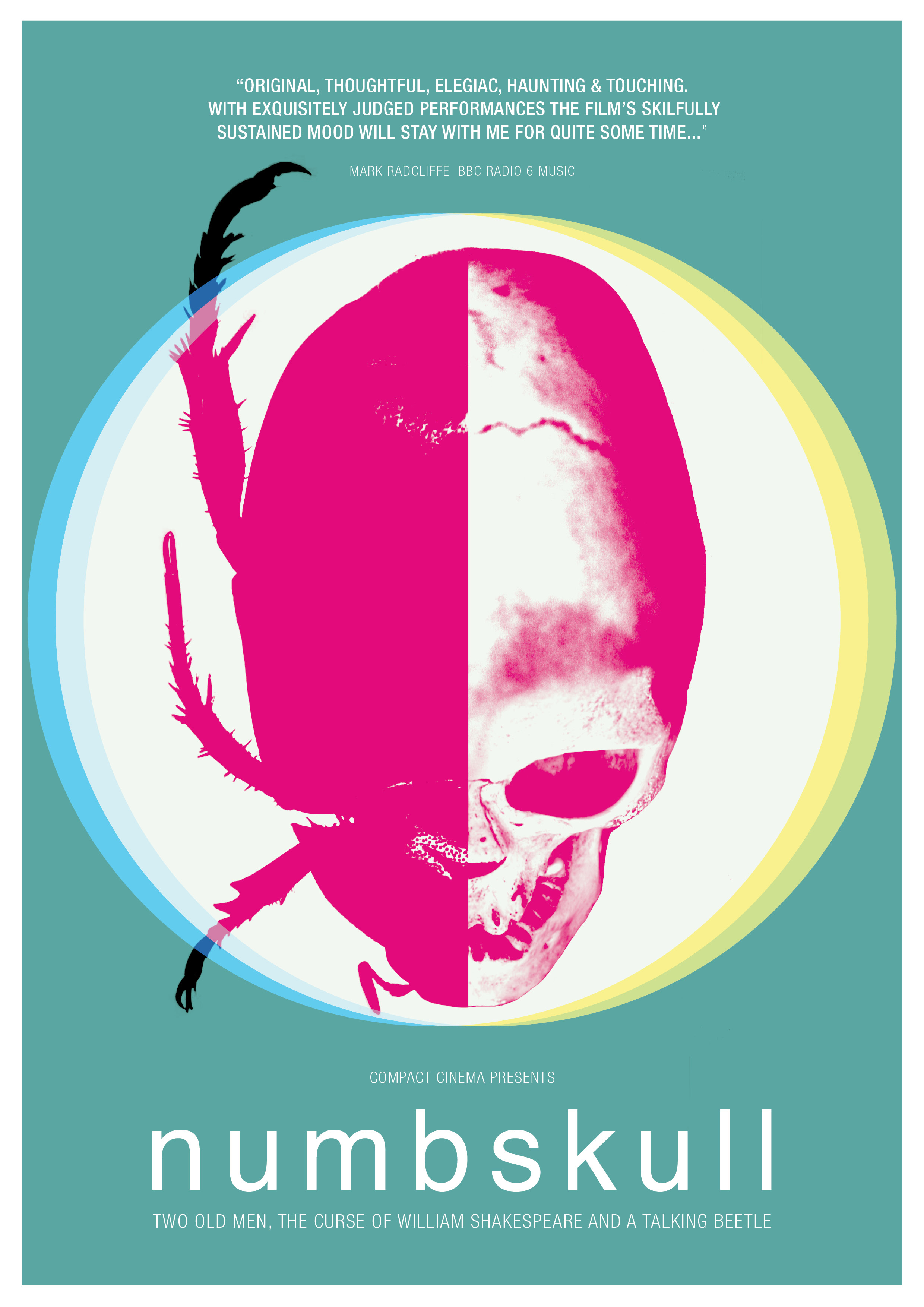 The whereabouts of the Bard’s skull has become the stuff of myth, folk tales and conspiracy theories. NUMBSKULL is a contemporary, compelling, dark and trippy ﬁlm, a continuation of those myths.

1616 Shakespeare died and was buried with a curse engraved on his tombstone, in Stratford upon Avon, merry England. 200 years later local myth has it that Shakespeare’s skull was stolen by 2 unlikely local lads, who after misfortunes abandon the skull in the crypt of their local church, now just a few miles out of UKs second largest city, Birmingham.

Forty years ago in their youth Spud and Nev hear of the myth of Shakespeare’s stolen skull and steal the Bard’s cursed skull for themselves. Now present day, the two old men agree to take the skull back to its resting place, with the encouragement of the mysterious ‘Dark Lady’.

The curse of Shakespeare’s skull still lives on as the two ﬁnd out on their dark quest to return the skull to its proper resting place, but it soon becomes a living nightmare.

NUMBSKULL is made by Compact Cinema, a Birmingham based production company and was uniquely shot in the prime locations of the local myths. The ﬁlm is directed and shot by John Humphreys and starring ﬁrst time actor Paul Murphy (Spud) and veteran actor David Squire (Nev).

This launch is obviously tinged with more than a little sadness as we all have suffered the loss of Paul Murphy early this year. Lets show him it meant something, by buying your ticket and being there!!

This is what has been said about NUMBSKULL: ‘creative visuals, a mysterious back-story and atmospheric storytelling, Numbskull feels closer to celebrated classics like The Haunting (1963)’ gorillaﬁlm (http://gorillaﬁlmonline.com/reviews/feature-ﬁlms/numbskull-ﬂatpack-2015) ‘Original, thoughtful, elegiac, haunting and touching.

With exquisitely judged performances the ﬁlm’s skilfully sustained mood will stay with me for quite some time’. – Mark Radcliffe BBC Broadcaster

Don’t be a NUMBSKULL, we’ll see you at the launch! Check NUMBSKULL