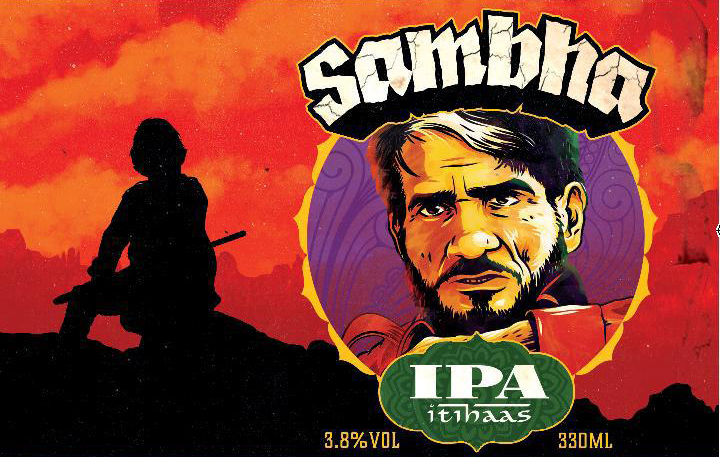 Created in partnership with Coventry microbrewery Lion Heart, Sambha IPA is hoppy in flavour, with fruity notes of citrus and pineapple derived from special citra hops.

The recipe is a bespoke creation designed to be enjoyed in harmony with the plethora of flavour in Indian cuisine.

Mildly sweet, with subtle hints of malt, the ale is to be available exclusively at the Itihaas brasserie in Selfridges Birmingham.
Raj Rana, managing director at Itihaas, said:

There’s huge interest in craft beer styles, their character and provenance. We wanted to challenge perceptions of Indian food and beer by creating an IPA that goes perfectly with the rich and diverse flavours of our authentic menu.

Sambha beer is the genius of Itihaas head chef and the brewery’s master brewer working together to create a refreshing beer that complements the palate when enjoying rich and flavoursome food. Sambha has been brewed to be specifically paired with Indian food.

The recipe was developed to complement the rich and spicy aromas of Itihaas’s cuisine. It is dry but fruity, and refreshes the palate while packing real subtlety and depth of flavour.

Sambha is an IPA or India Pale Ale, a popular style of beer that emerged in the colonial Subcontinent during the days of the British Raj.
In a nod to more recent history, the ale is named after a cheeky 1970s movie villain. The colourful label art playfully recalls Bollywood posters of that era.

Sambha was an iconic, carefree villain who always had a beer in his hand while sitting in the sun. So he was the obvious choice for a refreshing beer that’s perfect for summer.

Sambha IPA is due to officially launch at Selfridges Birmingham on Sunday 31st May, when Itihaas chefs will dish out authentic Indian cuisine to go with the beer at a special free event.