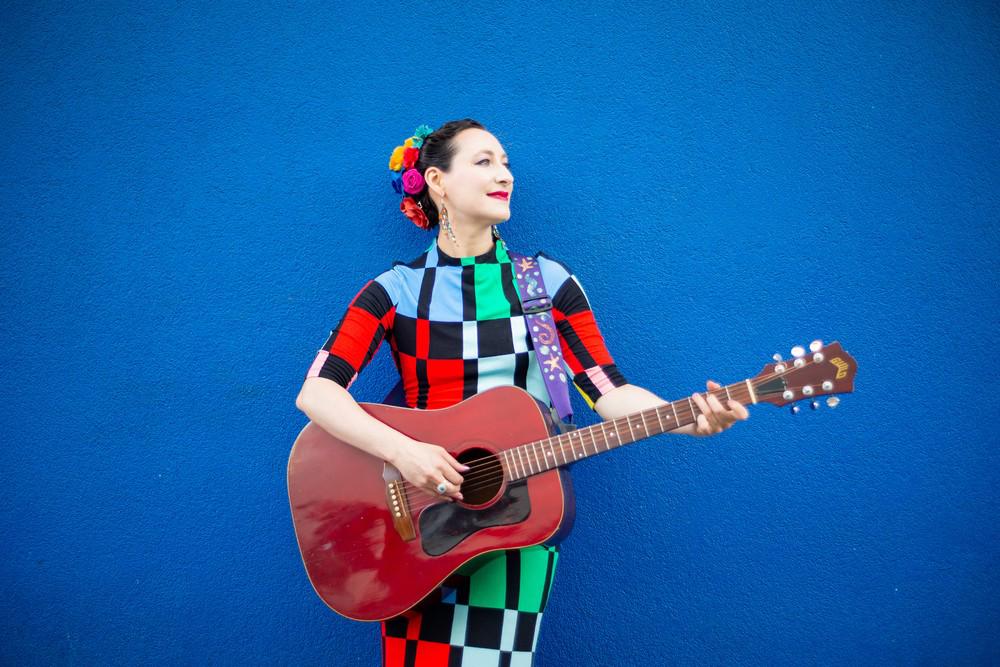 “Mesmerising…thoughtful, pensive and flush with an emotional flourish, all carefully and adeptly executed…simply superb”

“With a hopefulness tinging her vocals, Sage maintains a healing optimism between grounded, bittersweet meditations”

April will compose the beginning of an exhilarating two-month journey for New York City-based Alt-Folk-Pop artist Rachael Sage. Returning back to perform around the UK and Ireland, Rachael Sage will support Irish Folk/Rockabilly legend Imelda May on her latest two-month tour. As well as the release of her latest heartfelt new Maxi-single ‘Revelation Ground’ (out on the 1st April 2022), the single will be paired with an enchantingly dream-like stop-motion music video.

After a two-year-long break since the release of her 14th studio album, ‘Character’, the ever-prolific singer/ songwriter Rachael Sage is back and stronger than ever as she unveils the emotionally poignant single ‘Revelation Ground’. Released in the UK on the 1st of April, ‘Revelation Ground’ becomes a pivotal point in Rachael Sage’s dynamic career, showcasing a climactic moment in her songwriting and production abilities. Featuring two versions mixed by Grammy Award-winning Andy Zulla, ‘Revelation Ground’ will feature a host of different interpretations, including the original single, a band version, a chamber mix, a folk mix, and an instrumental version.

Centred around her iconic poetic lyricism and raw delicate vocal melodies, the single intertwines familiar ‘60s folk with a flourishing reminder of life’s virtues and beauty. ‘Revelation Ground’ is a blossoming sense of optimism and resilience, pushing through the concrete barriers of the disheartening gloom that has come from the past two years. Packed with luscious acoustic instrumentation, the single acts as a symbolic token of the beauty that still engulfs our world.

Sage explains, “I thought about the lyrics to “Turn, Turn, Turn”, inspired of course by the Old Testament psalm: ‘A time to build up, a time to break down/A time to dance, a time to mourn/A time to cast awaystones, a time to gather stones together…’ These ancient and powerful words were an encouragement for me to move gracefully through personal and collective loss. I hope that ‘Revelation Ground’ can likewise provide comfort to listeners weathering hardships, knowing that everything is seasonal and that hope always returns.”

Previously, Rachael Sage has shared the stage with an incredible eclectic array of household names like Lucius, Judy Collins, A Great Big World, Sheryl Crow and Melissa Etheridge. Now she will be returning back to the UK and Ireland, supporting Irish Folk singer Imelda May on her latest Made To Love Tour. Opening on the 2nd of April, the two-month tour will voyage all around The British Isles, visiting the likes of Dublin’s Vicar Street, Edinburgh’s Assembly Rooms, Manchester’s Bridgewater Hall and London’s Palladium.

Founding her own independent record label over two decades ago, MPress Records has become a bespoke platform to release over 20 of her own EPs and albums. MPress Records has also become the home to an array of innovative artists such as Seth Glier, Grace Pettis and A Fragile Tomorrow. As well as being a Billboard-charting musician and producer, Sage has passionately dedicated her time advocating for a wide range of charities, including Foundation for Women’s Cancer, WHY Hunger, American Refugee Committee, Foundation For Woman’s Cancer and National Network For Youth (NN4Y). This past year has also seen the light of Sage’s newest ingenious collaboration project Poetica, a creatively aspiring collective that takes Jazz, Spoken Word Poetry, Folk Music and builds its own world of musical prominence.