Home » What's on » REVENGE Screening at Mockingbird Cinema on 17 May

REVENGE Screening at Mockingbird Cinema on 17 May 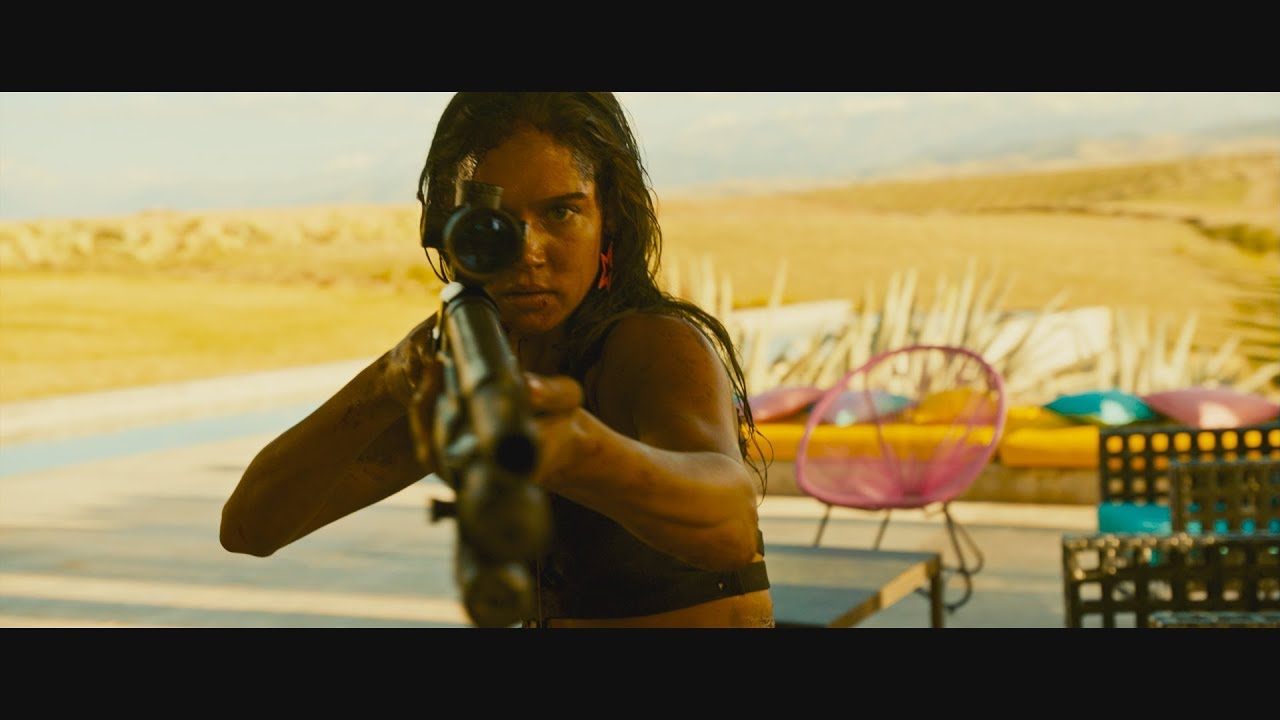 This is the first a series of on-going events in Birmingham that forms part of Birds’ Eye View’s new 4-film 5-city Reclaim The Frame Influencers project; a mission to bring ever-greater audiences to films by women and build a more balanced film future.

First up is Revenge by Coralie Fargeat – a powerful and provocative grind-house revenge thriller. See it with Birds’ Eye View and join our audience discussion after with special guests speakers including Mia Bays and Jo Duncombe from Birds’ Eye View, Ian Sergeant from mac Birmingham and Fay Maxted from The Survivors Trust at The Mockingbird Cinema on Thursday 17 May, 7.30pm.

Nothing will prepare you for this bold and bloody revenge film from French newcomer Coralie Fargeat – who demonstrates that the female gaze comes in all ways.

Jen (fearlessly embodied by Matilda Lutz, Rings) is enjoying a supposed romantic getaway with her wealthy boyfriend, which is suddenly disrupted when his sleazy friends arrive for an unannounced hunting trip. Tension mounts in the house until the situation abruptly — and viciously — intensifies; culminating in a shocking act that leaves Jen left for dead. Unfortunately for her assailants, Jen survives and re-emerges with a relentless, wrathful intent: revenge.
A white-knuckle tale of transgression and transformation, Revenge gloriously blurs the lines of vengeance and survival while simultaneously delivering a ferocious dissection of gender and genre.