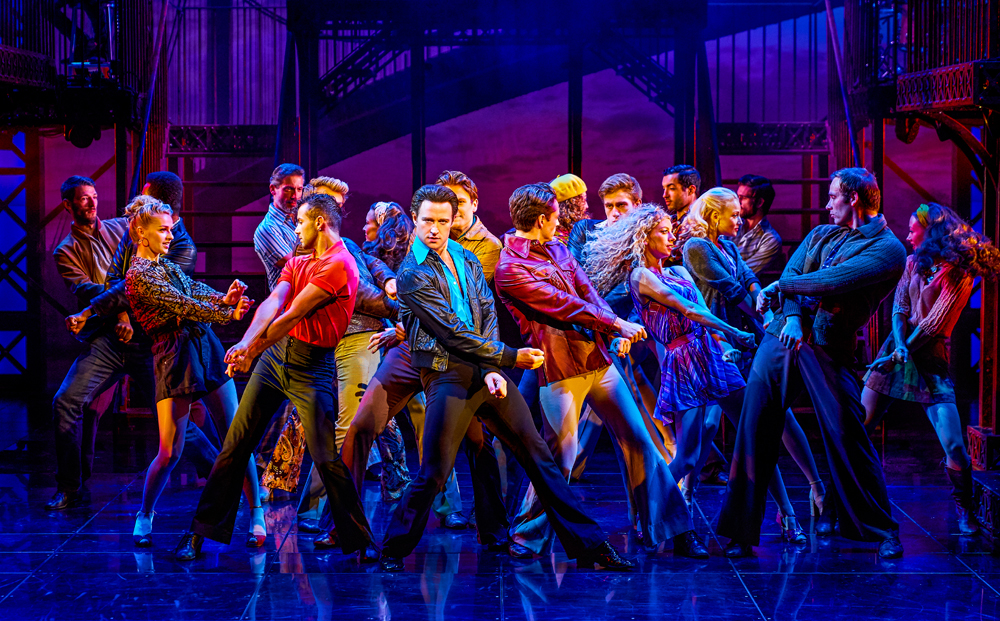 Direct from the West End, Bill Kenwright’s production of Saturday Night Fever returns to The Alexandra Birmingham from 22 -26 November, allowing audiences a chance to experience the best-selling Bee Gees soundtrack live on stage in this spectacularly reimagined musical which promises to have you grabbing your boogie shoes and celebrating the greatest decade.

Saturday Night Fever follows the story of Tony Manero, as he embarks on a reckless yet thrilling road to dancing success. It’s a homage to the 1977 John Travolta classic with more drama, more music, and hot new choreography and features onstage actor-musicians in the roles of the Bee Gees, singing all your favourite hits.

Jack Wilcox will lead the cast in the role of Tony Manero joined by Rebekah Bryant as his dance partner Stephanie including the onstage presence of the Bee Gees, played by Drew Ferry, Oliver Thomson and AJ Jenks.

Featuring songs from the one of the bestselling movie soundtracks of all time, including the 70s disco classics, Stayin’ Alive, How Deep Is Your Love, Night Fever, Tragedy, and many more, Saturday Night Fever promises to be a night to remember.

Saturday Night Fever is produced and directed by Bill Kenwright, with choreography by Bill Deamer, design by Gary McCann, lighting by Nick Richings, and sound by Dan Samson. The stage adaptation is by Robert Stigwood in collaboration with Bill Oakes.