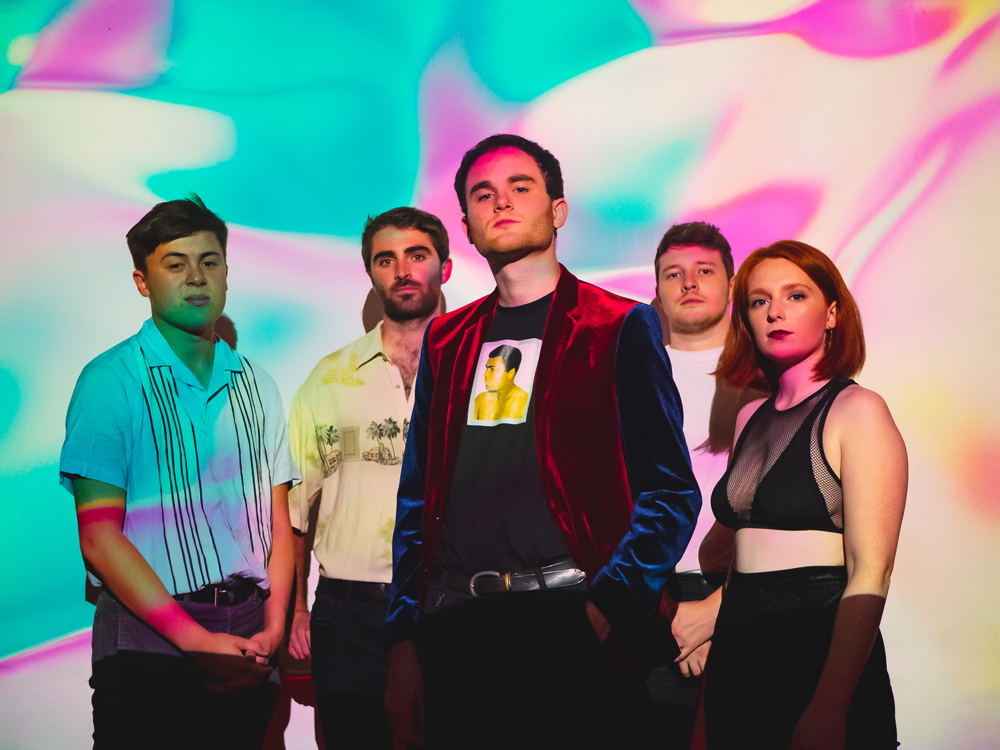 Shai Brides write pop music trapped in a disintegrating world of extreme temperatures and ceaseless information, caught between blinding screen light on all sides. Inspired by digital culture, mass destruction and pop naivety, the band create a sound that evolves alongside the technological chaos which birthed it.

With previous single Honeydew showing a broader scale to the band’s synth-punk sound, Vitamins sees the quintet incorporating a more electronic and upbeat direction, with one of 2020’s biggest basslines taking centre stage.

Having already been continually championed by BBC 6Music and BBC Introducing West Midlands, Shai Brides have also enjoyed a host of big support slots, which has seen them play alongside the likes of Larkins, Orchards, Fling and Valeras.

Next year, they embark on their debut headline tour which will see them play in London, Leeds, Brighton and Birmingham. Tickets can be purchased here.

“Vitamins comes from somewhere very strange. It’s a song about time passing and about life passing you by, so the idea was to make something woozy and psychedelic, but built around a groove that’s always pushing you forwards. You’re listening to lyrics telling you to ‘say nothing’ and float through life, but at the same time those words are being shouted at you, while a massive bassline is making your hips shake. It’s a sleepy floorfiller, a song built for 3am on a dancefloor when you’re trying to keep your eyes open”.