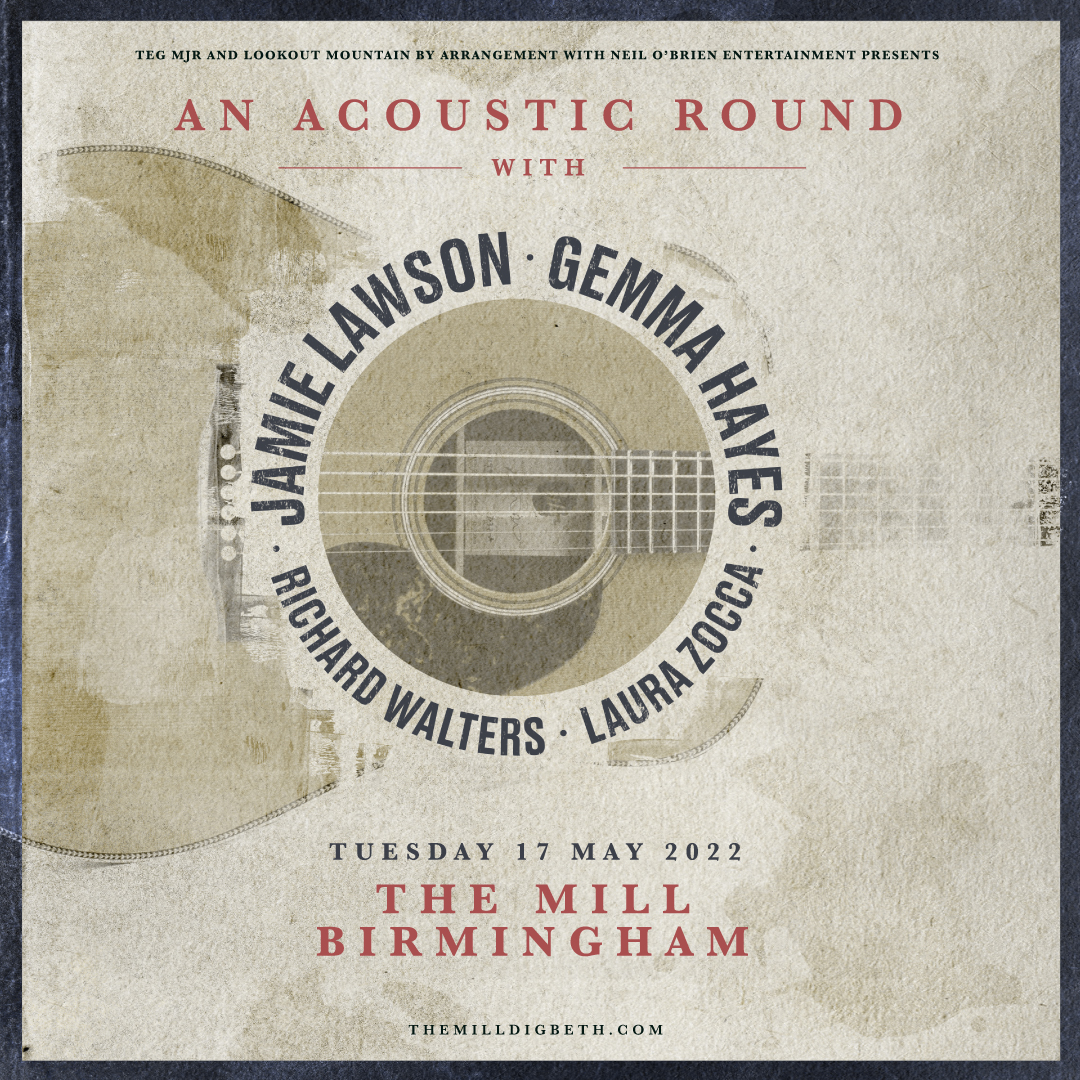 Critically acclaimed singer-songwriters Jamie Lawson, Gemma Hayes, Richard Walters and Laura Zocca join forces for a special acoustic round show, unlike any other gig you will go to this year. Each artist will perform a song, followed by the next act, the show will move around from artist to artist, like a tag team of traditional signing troubadours! The show will feature well known folk & acoustic pop songs to sing along to plus original brand new music from each of the acts.

Jamie Lawson was the first signing to Ed Sheeran’s label Gingerbread Man Records in 2015. That same year he released his self-titled third album, featuring the international hit Wasn’t Expecting That, which has to this day been streamed over 250 million times. The album hit #1 in 26 countries. Since then, Jamie has won an Ivor Novello Award for ‘Best Song Musically and Lyrically’, gone on a stadium tour with Ed Sheeran playing 52 dates throughout Europe and continued to tour extensively, most recently as support on the  critically acclaimed Deacon Blue UK Tour.

Gemma Hayes is a highly respected Irish singer songwriter. Her debut album, Night On My Side, was released in 2002, for which she won Best Female Artist at the Hot Press Awards and a Mercury Prize nomination. Since then she has released 4 studio albums and a limited-edition live album. Gemma is constantly in demand for film and tv placements – her version of Chris Isaak’s Wicked Game, recorded for the US TV series Pretty Little Liars, is now close to 18 million streams on Spotify alone. Gemma is currently working on a new album and will be showcasing some of her brilliant new songs on the Acoustic Round Tour.

Laura Zocca is a 26 year old singer songwriter originally from London. She began making music at the age of 14 and started gathering a following via YouTube and Soundcloud. Posting both covers and original songs she has since accumulated a phenomenal 40+ million combined streams.

AN ACOUSTIC ROUND TOUR DATES 2022