Home » What's on » Sport and Art combine in distinctive works full of imagination, insight and fun

Sport and Art combine in distinctive works full of imagination, insight and fun 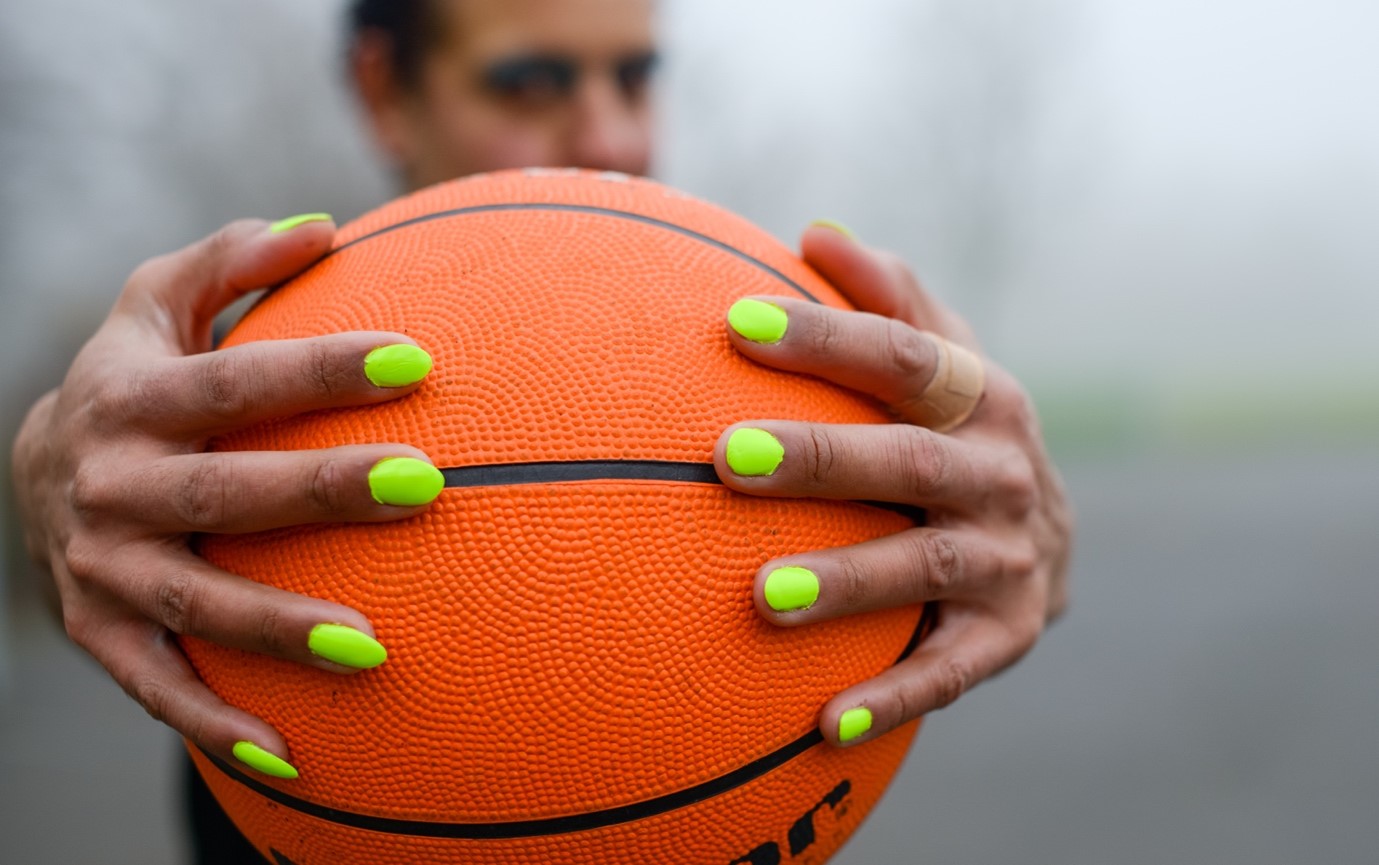 Running until 30 September, the Birmingham 2022 Festival is the region’s biggest ever cultural celebration, as well as one of the biggest cultural programmes for a Commonwealth Games in history.

The sports-inspired performances range from an interactive show featuring a table tennis playing robot to a performance starring basketballers and percussionists, and from a play about women’s cricket to a public art installation reflecting the speed of elite swimmers.

Kicking off this exciting selection of events is a celebration of women’s cricket being part of the Commonwealth Games for the first time. A Thousand Threads (various dates until 17 July), by Women and Theatre, explores broad themes about women and girls’ lives and aspirations, both on and off the pitch. Developed from research and performed by local women and girls, performances take place at outdoor locations in Ward End, Edgbaston and Smethwick, with final shows at Midland Arts Centre in July 2022. A standalone audio experience is also available via podcast and listening stations.

A beautiful and moving theatre show, Precious Emily (14 July and 15 – 17 September) tells the story of how Precious McKenzie, born in apartheid-era South Africa, overcame extraordinary odds to become a Commonwealth weightlifting champion, first for England and then for New Zealand, and how the inspirational Emily Campbell from Nottingham is preparing to lift for gold in 2022. The internationally acclaimed Birmingham theatre company Stan’s Cafe will collaborate with primary school pupils to create 12 versions of Precious Emily before a gala performance that brings together scenes from each school’s production to celebrate both the weightlifting champions.

Johannesburg-based painter and filmmaker Thenjiwe Niki Nkosi working with Eastside Projects presents Equations for a Body at Rest (11 July – 8 August), a multi-site video and multimedia artwork offering a provocative meditation on the experiences of Black athletes in the realm of elite sporting competition.

Come Bowl With Me (23 – 27 July) is a fun and interactive outdoor performance by acclaimed Coventry theatre company Talking Birds, celebrating the popular and accessible sport of Lawn Bowls, which is being hosted in Leamington Spa for the Birmingham 2022 Commonwealth Games. Audiences are invited to join Lorna Bowles, Dwaine Hardball and Roger Rinkwell as they coach you through the gentle joys and fierce competition of this much-loved game. Tensions may rise in the Strictly Come Bowling arena as players compete for the Glitter Bowl Trophy.

Gymnasts and musicians feature in Movement Inspired (20 July) directed by Sam Lockyer with accompanying soundtracks by Ed Puddick. These eight short films bring together gymnasts and musicians from across the West Midlands to show how gymnastic movements can inspire jazz improvisation and composition. Each film represents one of the eight apparatus used in artistic gymnastics: floor, vault, high bar, parallel bars, uneven bars, rings, pommel horse and beam. The screening at Birmingham’s Electric Cinema will be followed by a Q&A.

Table tennis playing robots feature in Anthem Anthem Revolution (21 – 24 and 26 Jul, 29 July – 2 Aug) – a new interactive show by Tasmanian theatre company, Terrapin. In Anthem Anthem Revolution, participants battle a table tennis robot to hear a new national song as written by children, an anthem that reflects their hopes and dreams and recorded by the Tasmanian Symphony Orchestra. However, to unlock the anthem, participants must battle an increasingly defensive table tennis robot, hell-bent on protecting the old national anthem. Visitors to the Commonwealth Games will step up to the plate and reveal a fresh word from the updated anthem with each successful return, testing their skills and their commitment to the children of Tasmania.

Fluitō (23 Jul – 8 Aug) is a new, immersive outdoor public art installation by Birmingham artist Georgia Tucker. The viewer is invited to enter two large sculptural cubes, placed one inside the other. This world within a world reflects the escapist and meditative experience of swimming whilst showcasing the incredible speed and agility of elite swimmers including pro-swimmer, Michael Gunning. Through immersive sound and an underwater reality experience, Fluitō also highlights water inequality within Commonwealth countries and ocean pollution.

Award-winning artist, photographer and film-maker Ravi Deepres in collaboration with Film and Video Umbrella present Origin (28 July – 8 Aug): a series of powerful and inspiring films starring elite athletes and aspiring youth from different cultural backgrounds in Birmingham. Seamlessly cutting between role model and young athlete as if to suggest they could be the same person, the films look at the idea that anyone can achieve their dreams, regardless of background. Origin portrays the intense psychological and physical preparation of athletes in different fields, and also shows how sport is a vehicle to unify. The films offer a contemporary take on the idea of Commonwealth, and explores what it means to represent Great Britain, whilst interrogating its cultural heritages and influences.

Three Birmingham basketball players, three percussionists and an electronic musician run, jump, shuffle, bounce and play across the 3X3 practice court of the Commonwealth Games in Amaechi (30 – 31 July), creating an energetic and sonically rich performance that sits in the space between sport and music. This action is frequently interspersed by three singers quoting in close harmony the inspiring words of psychologist and former NBA player, John Amaechi, the first basketball player to come out as gay in the very straight world of sports. This queer-led performance is a celebration of sport, teamwork, collaboration, difference, and the human spirit, whilst also drawing attention to the difficulties faced by queer people in sport, and the status of queer people in 35 Commonwealth countries that criminalise homosexuality, 13 of which punish homosexuality with imprisonment or death.

Louisa Davies, Senior Producer for the Birmingham 2022 Festival said: “Through the many conversations with artists it became clear to us how excited they are about the context of the Commonwealth Games and they immediately saw the opportunity to bring sports and arts together in exciting ways that engage and involve fans of both.

“The festival programme explores many Commonwealth sports from table tennis to swimming, gymnastics to women’s cricket with some even featuring pro sports people. With many running in July and located near the sporting arenas we are looking forward to people young and old getting involved, watching, playing and enjoying the festival programme alongside the Games.”

Last month current Commonwealth squash gold medallist, Team England’s James Willstrop, made his professional stage debut in a new play all about squash. Outside the Box was performed on the University of Birmingham’s glass-walled squash courts and explored the fascinating origins of the sport from a London prison to the mountain of Pakistan as well as uncovering the incredible struggles players like Maria Toorpakai, went through, just to be able to play the game.

Elsewhere in the Birmingham 2022 Festival people from across Birmingham have been making hand-embellished gifts for the 4600 athletes that will arrive in the city in July. Contemporary craft organisation, Craftspace’s 4600 Gifts (30 June – 9 July) will be showcased at the Library of Birmingham before being handed over as welcome gifts to each athlete attending the games.

Communities across Birmingham will also stage their own events for the festival. The Creative City programme, generously supported by Birmingham City Council, has enabled 107 community groups to stage their own festival events – highlights include a film, Boxer Beats, made by the Rectory Amateur Boxing Club that explores the rhythm of boxing and an outdoor arts installation, Cricket in the Park, made from old cricket bats by the Kings Rise Academy PTFA.

The Birmingham 2022 Festival is generously supported by Arts Council England and the National Lottery Heritage Fund.