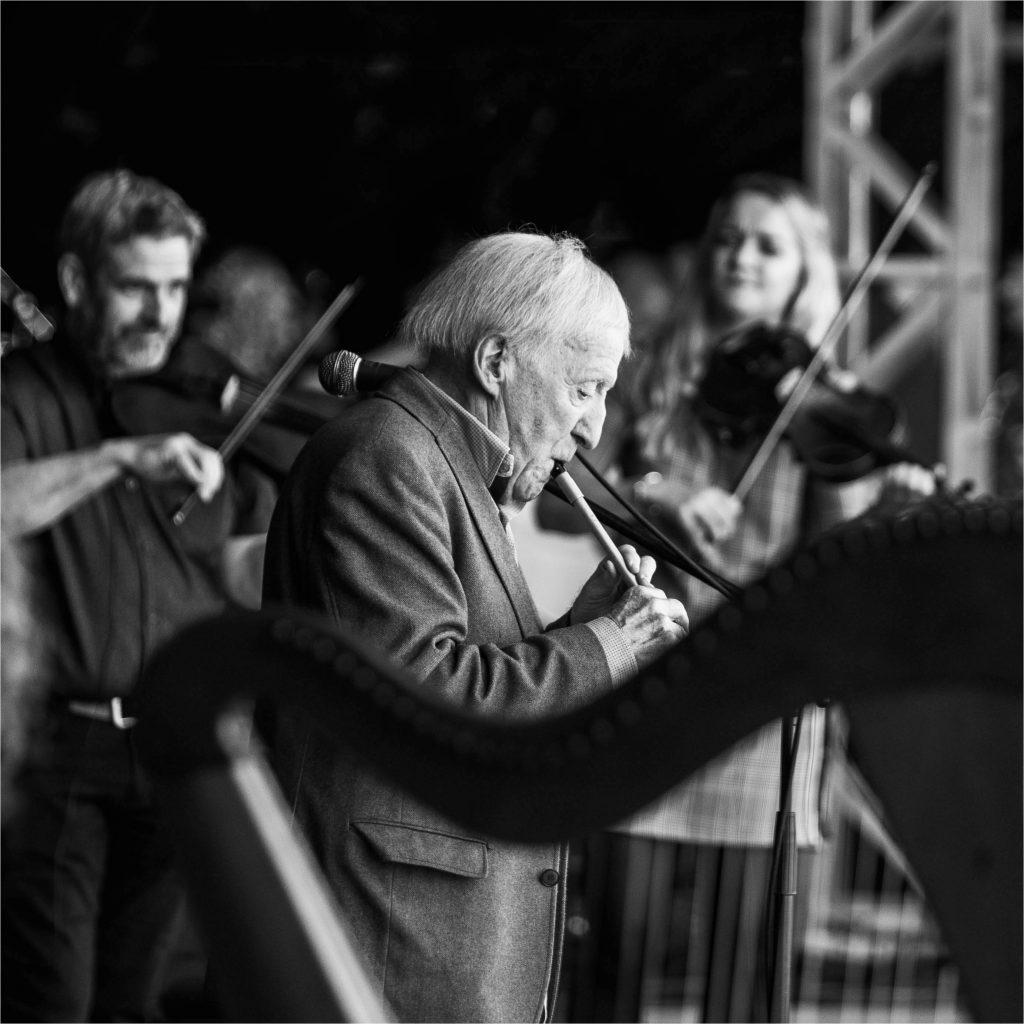 St Patrick’s Festival Birmingham has announced plans to expand to a year-round ‘cultural calendar’ programme of music and arts, launching with the only UK date from Irish folk music giants The Chieftains at the city’s Grade-I listed Town Hall on Monday 8 July in collaboration with Moseley Folk Festival.

The Digbeth-based organisation behind one of the world’s biggest Irish cultural festivals in the world will roll out a new ‘cultural calendar’ following the special event, delivered in partnership with Moonshine Collective – the team behind Moseley Folk Festival, Mostly Jazz, Funk & Soul Festival and Lunar Festival.

The Chieftains, one of Ireland’s most famous musical exports, will take to the stage at the historic concert hall for their first show in the city for seven years; a one-off spectacular that celebrates their career through performance, storytelling, traditional dance, pipers and choral singers.

Formed by Paddy Moloney, Sean Potts and Michael Tubridy in Dublin in 1963, the six-time Grammy Award winners have been highly recognized for reinventing traditional Irish music over five decades. The band’s merging of tradition with modern music has seen them receive critical acclaim from fans and industry alike, generating plaudits including a BBC Radio 2 Lifetime Achievement Award, and the honorary title of ‘Ireland’s Musical Ambassadors’ by the Irish government.

From the traditional Irish seisún surroundings to New York’s Carnegie Hall and the Great Wall of China, The Chieftains have performed to audiences across the world as well as for notable figures including Senator Edward Kennedy, Pope John Paul II, Queen Elizabeth II and Canadian astronaut Chris Hadfield.

2012’s Voice of Ages album – marking 50 years in the business – featured collaborations with leading Irish singer-songwriters Imelda May and Lisa Hannigan, as well as celebrated US artists Bon Iver, The Decemberists and The Low Anthem.

Speaking ahead of their visit to the city, The Chieftains founding member Paddy Moloney said:

It’ll be fantastic to return to Birmingham for a lively evening of music, stories, laughter and craic in a grand old hall – it’s been a while since we were there last! We’ve a great night ahead, with the band playing alongside pipers, dancers, a choir – the whole shebang! Our fans and the Irish in Birmingham have always given us the warmest of welcomes, so it’s going to be a huge pleasure to play for all our friends in the city.

The collaboration between St Patrick’s Festival and Moseley Folk Festival is part of a new drive by both organisations to grow their Irish artistic programming and audience development across the city and region. Further events, including more one-off concerts and performances, Octoberfèis, fundraisers and community gatherings are due to be announced by the Irish organisation soon.

The Irish community has long played a vital role in Birmingham becoming the international city it is today. It is only right that the Festival – our biggest all-community event – works harder to secure Irish culture’s place in the future of Birmingham through music, art and culture all year round and not just on 17th March. It is, with this in mind, that we are delighted to be announcing this expansion with The Chieftains’ only UK date, alongside partners Moonshine Collective who have been delivering incredible live music experiences across the city for years.

We are delighted to be teaming up with St Patrick’s Festival to bring one of Ireland’s all-time greatest groups to Birmingham. Moseley Folk has regularly promoted artists from the Irish community and we believe this partnership will see some exciting collaborations in the future.

The Chieftains and Katherine Priddy perform at Town Hall Birmingham on Monday 8 July 2019. Tickets priced £38 are available online from www.thsh.co.uk