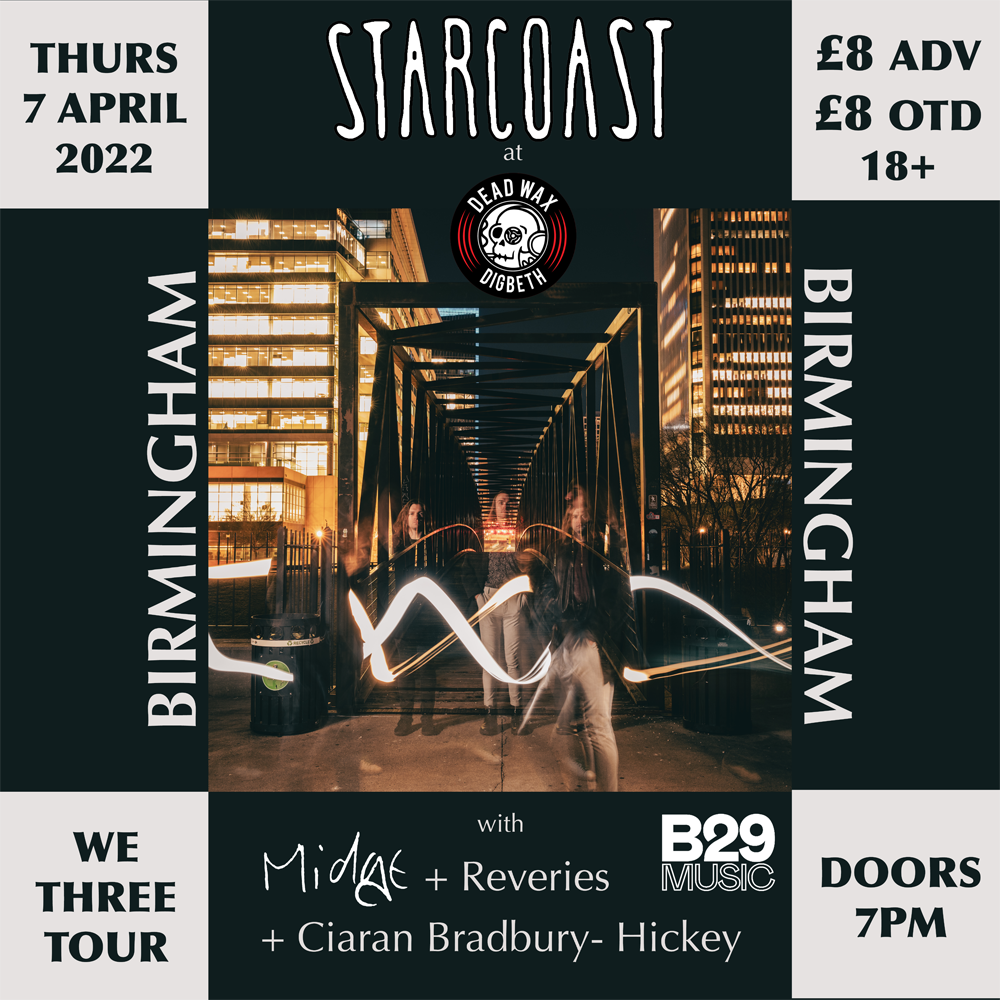 On the 7th of April, 2022, indie rock trio Starcoast will hit Birmingham on their UK and Irelandtour, accompanied by local artists Midge, Reveries, and Ciaran Bradbury-Hickey. The show will take place at Dead Wax Digbeth, the sixth stop on their three week venturefollowing the release of their newest EP, “We Three”. They aim to create a show experience thatblends all kinds of sounds and to spread a message of positivity and good vibes to fans andtheir audience.

“There’s a lot to like about Virginia-based indie rock band Starcoast. To begin with, their main mission is to spread love and positivity with their music, which is a welcome goal in this day and age” -H.G.O. of the Alternative Mixtapes 2.

Coming Together Inspired from a late night, coastal meteor shower, Starcoast was born of brothers Tom and JimHunter who later found their drummer David through a series of serendipitous happenstance.The three went on to play shows and string together tours, following their fans throughstreaming services and social media that lead them to the UK. From storm soaked wildernesswalks, to touring the sun scorched desert in an RV, to moving to a new city together during apandemic, the three aren’t just bandmates, they’re family.

Homespun Approach Starcoast has always taken the DIY route for forming and executing their tours, from bookingtheir own show dates, to designing digital flyers, to promoting their live show experience. They crafted their entire UK and Ireland tour from the ground up whilst also recording their owntracks for the debut of their new EP. This upcoming tour will include eleven dates, spanning England, Scotland, Wales and Ireland.