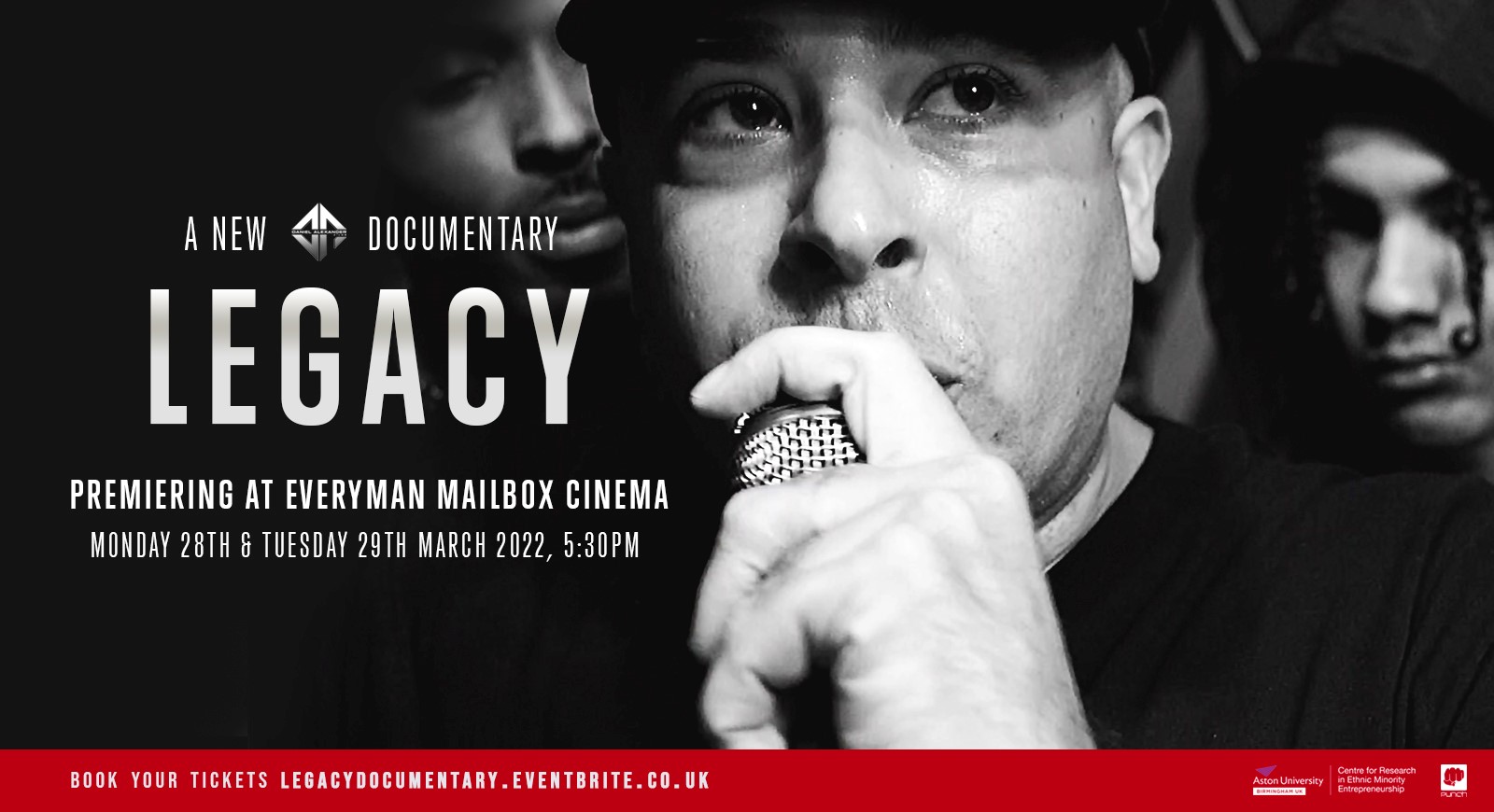 Birmingham is home to some of the most successful music artists in the UK right now, such as Lady Leshurr and Millionz. Thriving off an energetic & rising industry that was built from the ground up. ‘LEGACY’ explores the undocumented stories that have come before the aforementioned artists, see into the minds of a variety of artists from the Hip-Hop, Rap & Grime scene that have been responsible for creating a historic landscape – allowing Birmingham’s current crop of young artists to flourish.

Behind the closed doors of Birmingham recording studios, across kitchen tables, in the back of nightclubs; infrastructure has been built from decades of laughs, perseverance and tears. We invite you into these conversations, to discover how the rise & fall of local legends has allowed today’s music stars to thrive. “This is a Music Scene so real that you can’t even Google it” says local stalwart Vader – the only people with access to these stories are the people that have been involved, and now you can have access too.

‘LEGACY’ has been in development for over a year,and boasts a stellar line-up of artists & entrepreneurs who are a part of and have helped cultivate the black music scene; Artists such as Devilman, Sicnis, Vader, Malik, Saf One, Muna, Big Mike, Despa, Ameena, Badness, Rtkal, Hitman, Graveyard Shift, Lowkey, Stardom, Mayhem and many more.

The teaser trailer which launched earlier this year features a glimpse into what you can expect. You can find this on Youtube:

“We have seen a historic rise in talent come from the Midlands over the past few years, from PA Salieu to Mist to Millionz. Whilst celebrating the new generation of talent, we have to capture the legacy of the artists that came before them, the pioneers who laid the foundations which enabled Birmingham’s thriving Rap and grime scene to exist today”

You can see ‘LEGACY’ when it premieres in Birmingham on the 28th & 29th of March at Everyman Cinema at the Mailbox. The film screening will be followed by an exclusive Q&A with the Director. Tickets can be purchased in advance online legacydocumentary.eventbrite.co.uk.