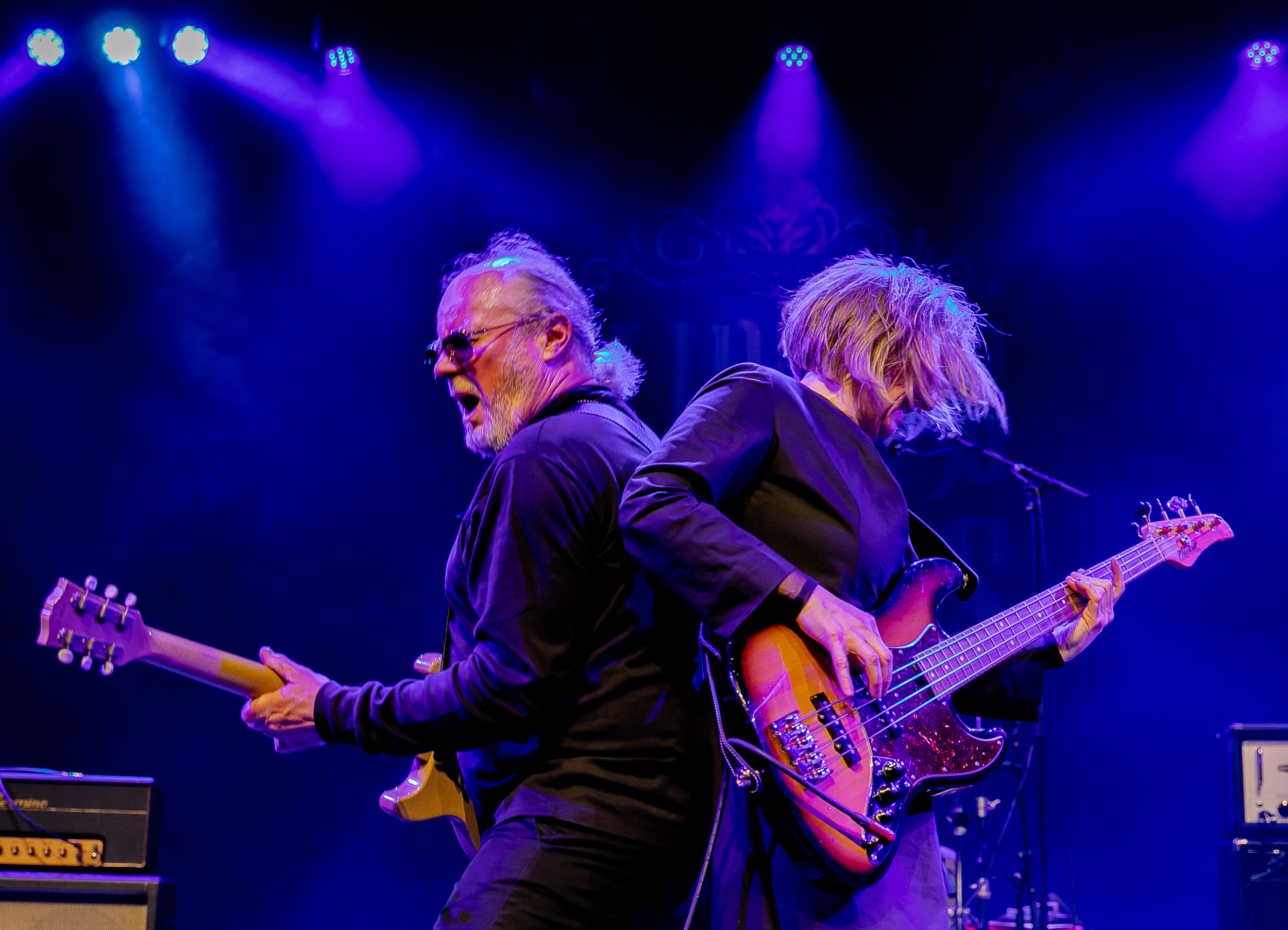 Renowned for their distinctive songwriting, onstage chemistry and electrifying live shows, European and British award nominees the Starlite Campbell Band are Suzy Starlite and Simon Campbell who fell in love on stage and married following a whirlwind musical romance.

With their fresh taste of original ’70s British rock and British blues, the husband and wife duo have been on an exciting roller-coaster of a musical ride following the release of their debut album ‘Blueberry Pie’ to rave reviews worldwide and a prestigious nomination for Best Album in the European Blues Awards.

With extensive international radio play including BBC Radio 2, charting top 10 in the UK, Australia, The Netherlands, American Blues Charts plus receiving over 50 four and five-star reviews worldwide, the band have played all over the world from headlining a festival in their Australian debut to main stage performances at The Great British Rock & Blues Festival.

The band’s exciting and highly anticipated second album ‘The Language of Curiosity’ is released on November 5th, 2021 supported by festival performances at the Carlisle Blues Rock Festival, UK, Bluesroute Helmond, NL and headline tour dates in the UK, Germany, Czechia and Portugal.

The band will be playing their only date in The Midlands at The Hare & Hounds, Kings Heath on Tuesday, October 12, 2021.

‘The Language of Curiosity’ is a collection of stories about real-life experiences from working for the man, casual sex, space travel, bouncers on the doors of the music industry, people giving up and growing old before their time to feel good ‘70s inspired British rock and British blues; it’s like looking at different sides of a Rubik’s cube.

With a vibe and feel reminiscent of the mid-’60s to early ’70s British rock & British blues; think Peter Green, Faces, Deep Purple, Led Zeppelin but not like those really… more like Starlite-Campbell!

The past four single releases including rocking new single ‘Gaslight’ have garnered fantastic feedback including BBC Radio 2 and international radio and festival enquiries – there is a palpable sense of excitement and buzz surrounding the release of their highly anticipated second album.