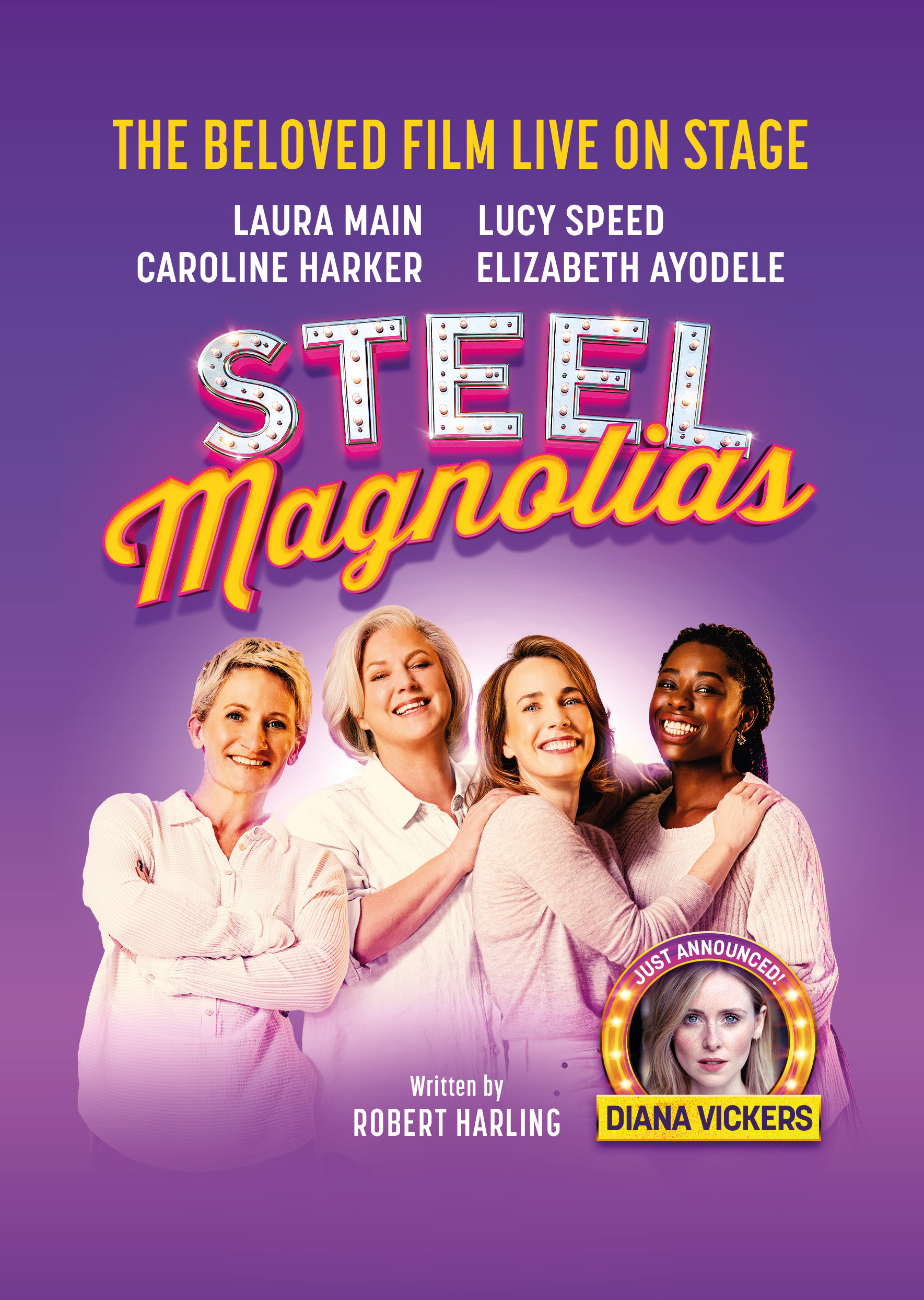 Steel Magnolias, the hilarious and heart-warming play based on a true story, which enjoyed huge global success in the hit 1989 film adaptation starring Dolly Parton and Julia Roberts, is arriving at The Alexandra, Birmingham from 21 to 25 March 2023.

The star-studded ensemble cast will feature Laura Main (best known as Sister Bernadette in BBC One’s Call the Midwife), Diana Vickers (The X Factor star who has gone on to lead roles in many theatre productions including Dial M for Murder and The Rise and Fall of Little Voice) and Lucy Speed (known for her television roles on EastEnders and The Bill, and as a new cast member on BBC Radio 4’s The Archers).

Brought beautifully to life on stage from Robert Harding’s original script, Caroline Harker (A Touch of Frost) and Elizabeth Ayodele(Playboy of the West Indies) will complete the cast.

Steel Magnolias, which was first performed off-Broadway in 1987, is the story of six women who come together in a small-town beauty salon in the American South and prove that female friendship conquers all. Faced with the highs and lows of love and life, and amongst the chaos of work, marriage and children, they unite to gossip, unwind and set the world to rights.

This iconic comedy is the perfect ticket for every generation and proves that one hair appointment might just change your life.

“WITTY, WARM AND UPLIFTING” – THE GUARDIAN

Birmingham’s beloved theatre, The Alexandra, was built in 1901 by William Coutts and throughout its vast history, has become home to first class entertainment. Located in the heart of the city, the theatre welcomes hundreds of performances each year.

In 2018, the venue underwent an extensive refurbishment and reverted to its original name, The Alexandra. The theatre is a valuable contributor to culture within Birmingham and the West Midlands, presenting a programme of world class theatre including West End musicals, drama, comedy and more.

The Alexandra is part of the Ambassador Theatre Group (ATG). A world leader in live entertainment, ATG is the world’s number one live theatre company, covering every discipline in the industry, operating venues, running major ticketing platforms and producing award-winning shows.