Home » What's on » Step Down Into Brum’s Industrial Heritage This Half Term!

Step Down Into Brum’s Industrial Heritage This Half Term! 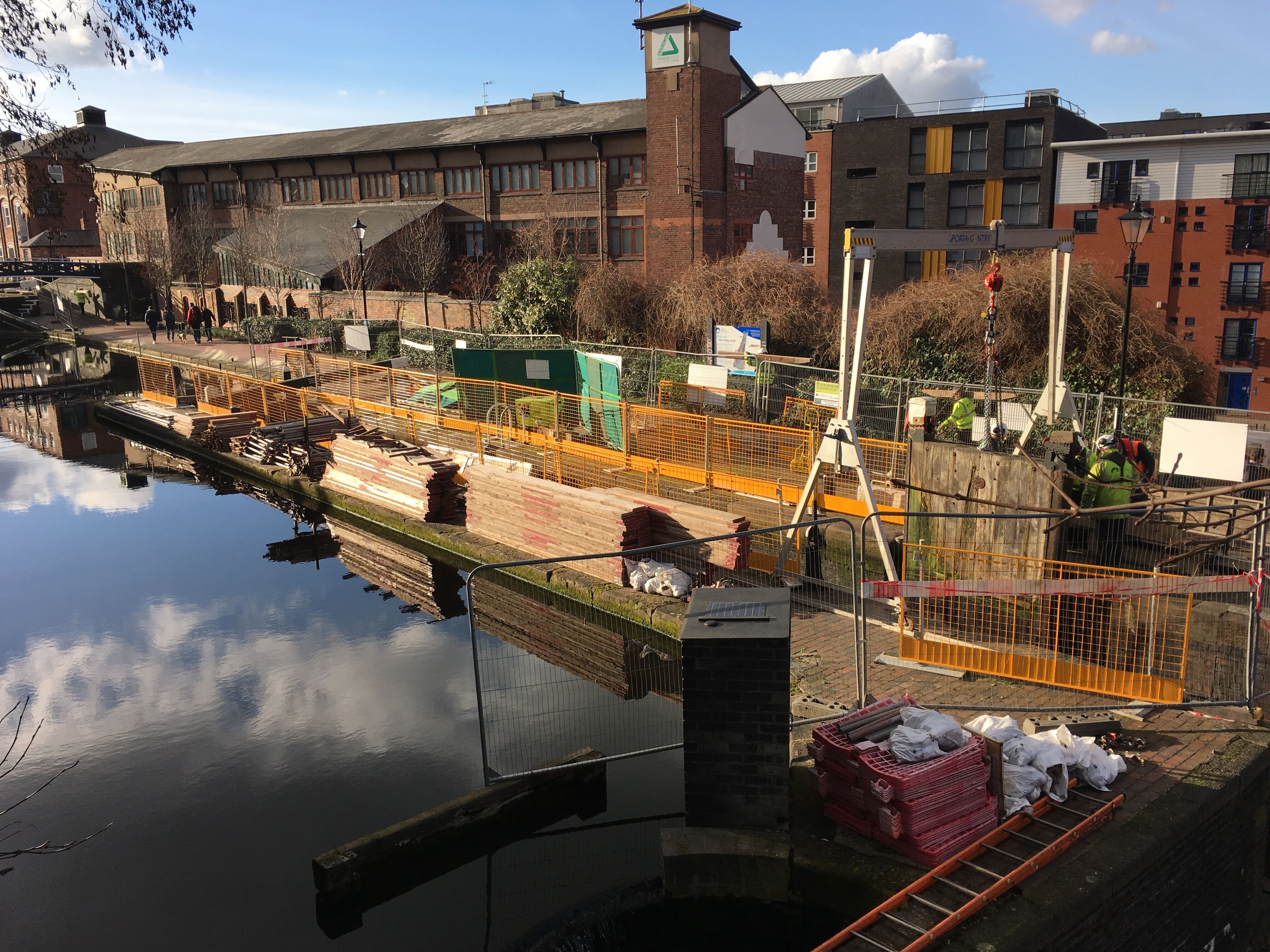 Canal & River Trust, the national waterways and wellbeing charity, is holding a free public open weekend on Saturday 23rd and Sunday 24th February between 10am and 4pm at the bottom of the drained Birmingham & Fazeley Canal in central Birmingham while essential repair works are taking place.

The Trust is inviting the communities who use locks 1 and 2 on the Farmer’s Bridge Flight near Arena Birmingham, or live and work alongside it, to come and learn about its heritage and the charity’s work to care for it.  Visitors will be able to step down to the bottom of the drained locks to inspect the brand new handcrafted gates up close and see the masonry work.  There will be old photos of the canal as well as an exhibition of canal photographs by local photographer Richard T Harris, children’s activities, free canoeing sessions, and a walk to The Roundhouse Birmingham to hear about the joint work between the National Trust and Canal & River Trust.

There will also be an opportunity to hear about Greening Birmingham, a volunteer project to grow and protect Birmingham’s plant and wildlife along the towpaths.  Nowka Bais, traditional Bangladeshi dragon boat racing, will be running sessions between 12 and 2pm on Saturday and Sunday.

The charity is also hosting the first ever floating silent disco on the canal on Friday 22nd February right next to the locks, an event so popular it is already sold out.  Held on 100 sturdy pontoons, people will be able to dance to music played by a live DJ at 45-minute sessions from Silent Noize Events.

The open weekend is taking place during some essential repair works at the locks.  The Trust will be replacing the gates at locks 1 and 2 on the Birmingham & Fazeley Canal using a gantry, a crane which straddles the lock, as there isn’t enough space next to the locks for a larger crane.  The two gates were handmade at Bradley workshop in Bilston and arrived at the locks via boat, as they would have done during the industrial revolution. The team will also be repairing the brickwork in and around the lock during the six-week programme of repairs.

“After we’ve changed the gates, a fabric dam will hold back the water so that we can repair the brickwork inside the lock.  There are over 50 miles of uninterrupted canal with no locks before this flight of locks so it’s a huge amount of water to hold back and it will be quite an experience to stand at the bottom of the drained lock during our open weekend.”

“We’ve got lots going on this weekend and our teams are looking forward to speaking with visitors about the work they are doing.  Come along and see for yourselves how interesting and fun the canals are, you won’t be disappointed!“

To find out more about the Birmingham Open Weekend visit: https://canalrivertrust.org.uk/about-us/our-campaigns/open-days