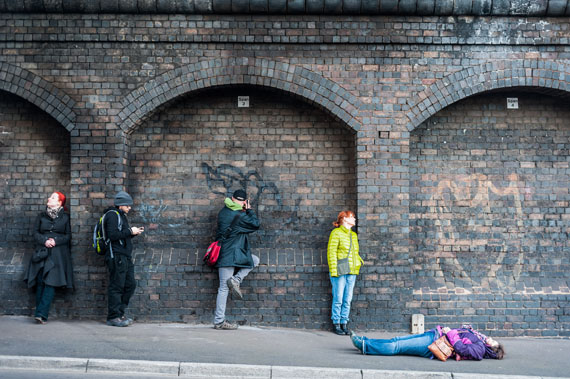 Birmingham’s walking festival returns this July with two summer weekends packed with fascinating and often surprising walks, tours and social gatherings which will bring Birmingham into a new light.

This time, as well as walking, festival goers can run, cycle and loaf around watching films (about walking). Festival goers are guaranteed to never look at Birmingham in the same way again.

Curious minds looking to experience something new can book onto events which include a cinematic run through city woodland at twilight, a cycling tour of Birmingham’s lost cinemas, a tour with promoter Dave Travis of 1980s alternative music haunts, an exploration of Ikon Gallery’s humble origins, and an attempt to get purposefully lost in the city’s ever changing landscape.

The festival guides see the city in the most unexpected ways and reveal their unique stories and perspectives with intimate groups of participants. In the past, Still Walking has seen festival goers walking, looking, being silent, and even lying down to discover something new about the city.

The festival experience happens in an ever changing location of bustling cityscape, industrial zones, suburbs, valleys, hidden rivers and ending with a social moment in the best of the city’s cafés and bars.

Ben has also spoken at about the festival at the International Research Forum on Guided Tours conference in Breda, Netherlands and has exhibited at Airspace Gallery, Stoke.