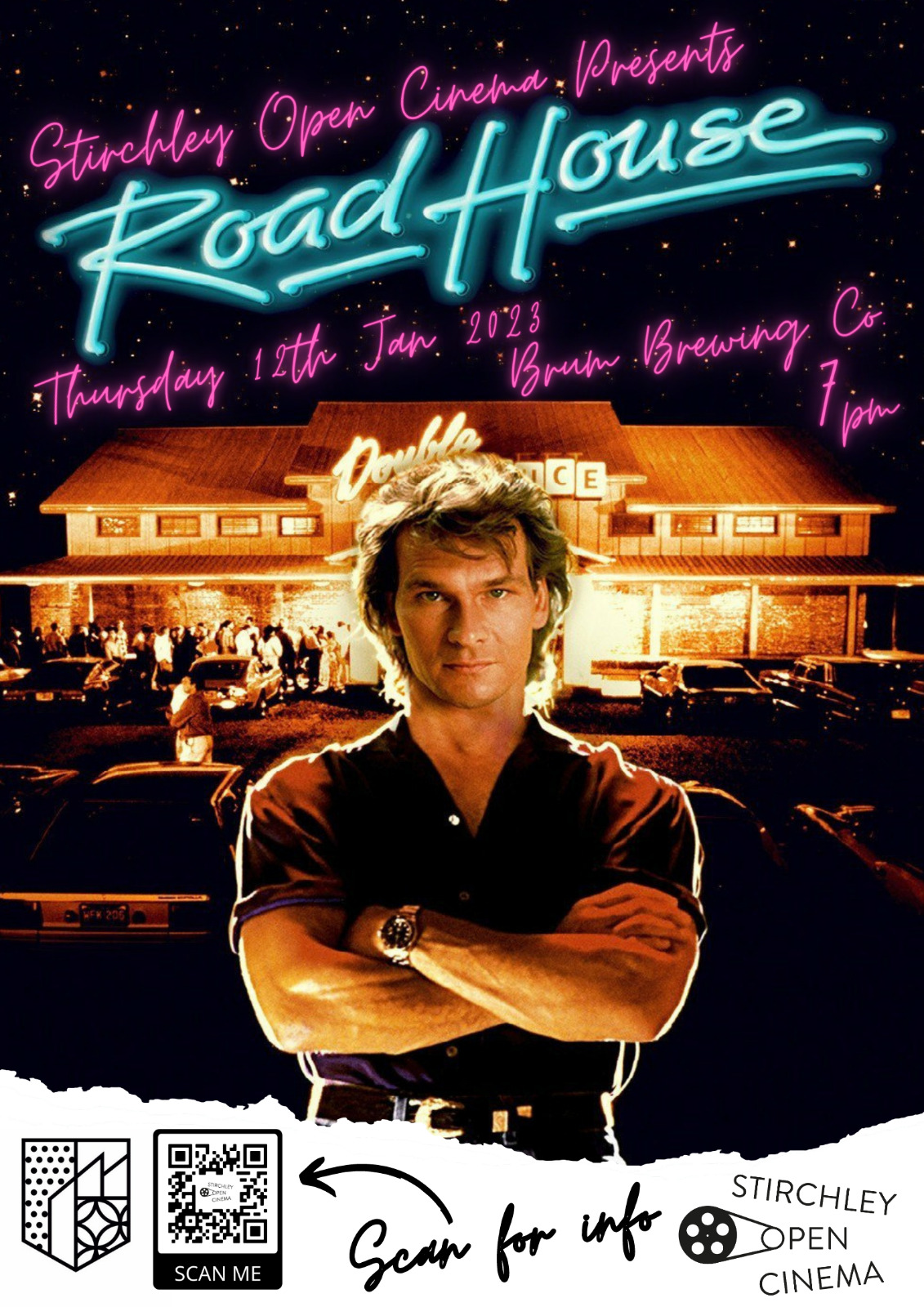 The Double Deuce is the meanest, loudest and rowdiest bar south of the Mason-Dixon Line, and Dalton (Patrick Swayze) has been hired to clean it up. He might not look like much, but the Ph.D.-educated bouncer proves he’s more than capable: busting the heads of troublemakers and turning the roadhouse into a jumping hotspot.

‘Opinions vary’ on Road House but there’s one thing you can count on: this film is the best friend a good time ever had! So join Stirchley Open Cinema at the Birmingham Brewing Company for this cult classic, unless “you’re too stupid to have a good time“?!

The Brum Brewery’s tap room will be open for business as usual, so Stirchley Open Cinema are asking for a donation to help cover the costs, so that they can continue to bring you community cinema.

The film is starting at 7pm and Birmingham Brewery Company can be found at Unit 17 Stirchley Trading Estate, Birmingham, B30 2PF.

This screening is taking place in a pub so it’s over 18’s only. Run time: 1hr 54mins and the film will be subtitled.