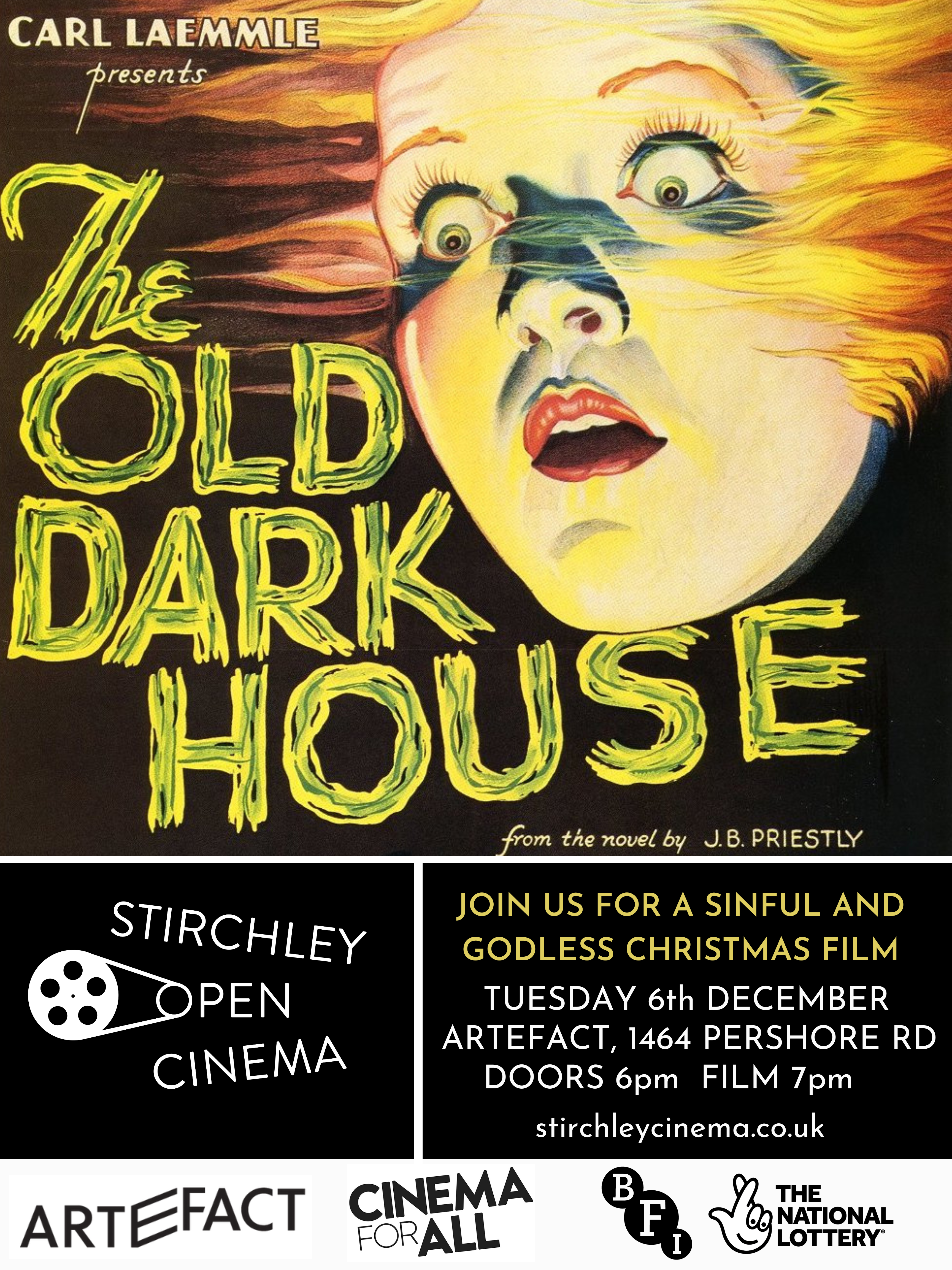 Stirchley Open Cinema (SOC), a volunteer ran community cinema based in Stirchley, will be hosting not one but two festive film nights this December. The Old Dark House at Artefact on Tuesday 6th December and The Muppets Christmas Carol on Monday 12th December at Stirchley Baths.

In partnership with Artefact, who are based on Stirchley high street, SOC are screening the cult classic The Old Dark House on Tuesday 6th December. This film night promises to be an alternative to the cosy, family-friendly festive film offerings, with the film being described as a ‘sinful and godless’ romp.

Made in 1932, by legendary Dudley director James Whale (Frankenstein, The Invisible Man, Bride of Frankenstein), The Old Dark House was not well-received at the time and was withdrawn from circulation. It was then known as a ‘lost film’ for many years but has since been hailed a cult classic. Set in Wales, between the first and second world wars, The Old Dark House follows five travellers who seek shelter from a violent storm in a decaying country house, home of the eccentric Femm family. The evening will be atmospheric and immersive with an opportunity to create some art from 6pm, with the film starting at 7pm. Tickets are £6 each

Then on Monday 12th December SOC are hosting a more traditional festive offering in the form of The Muppets Christmas Carol. Following a public vote to choose between four classic festive films, the muppets won out against Elf, It’s a Wonderful Life and Home Alone to be selected as the festive favourite.

Needing little introduction this reimagining of the Dickens classic, Scrooge, is brought to life by singing and dancing muppets, along with Michael Caine. Showing at SOC home in Stirchley Baths, the evening will be classic festive fun with mince pies on offer for a charity donation. Singing along is welcomed. Doors open at 6.30pm with the film starting at 7pm. Tickets are £6 each.