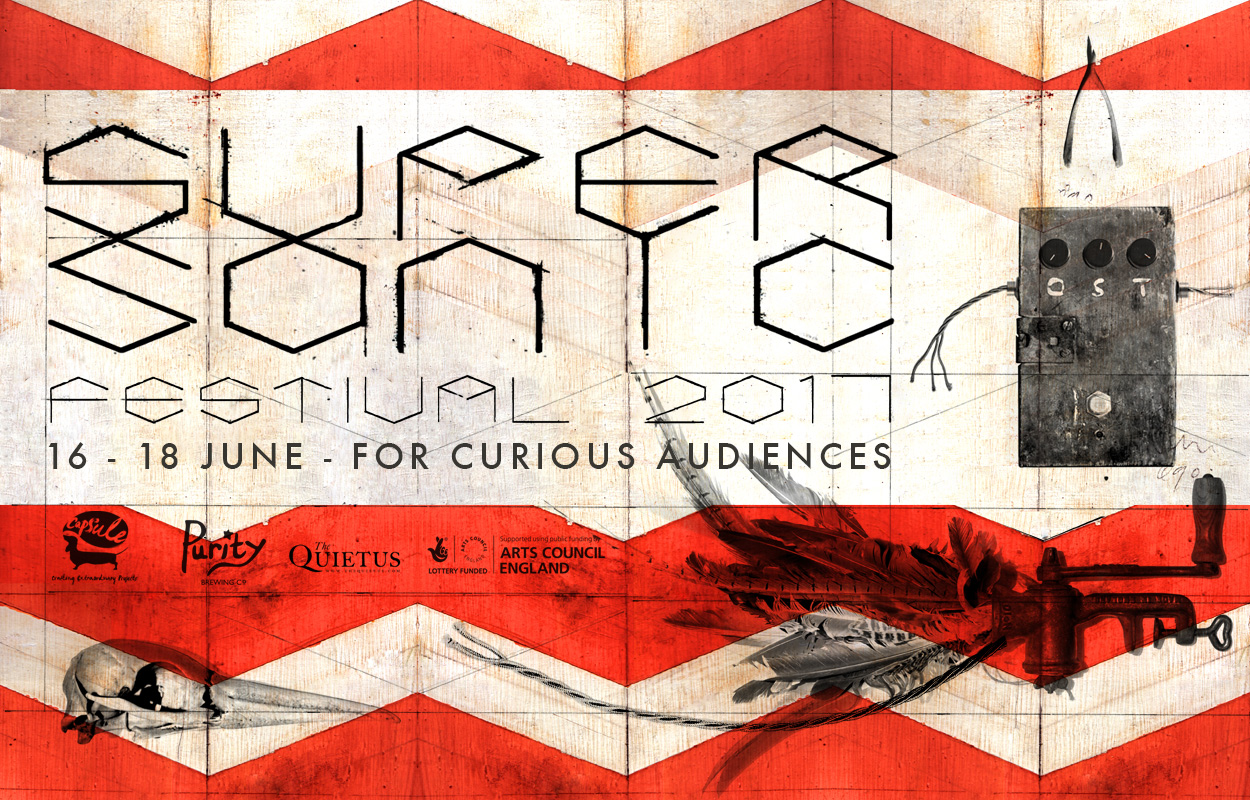 The UK’s premier experimental music and arts event, Supersonic Festival 2017, returns this June, and we are very proud to reveal the first line up announcement, taking place in the cultural hub of Digbeth in Birmingham, with a very special opening concert performance in the evening of Friday 16th June in the Grade I listed Town Hall, featuring Anna Von Hausswolff performing on the venue’s famous pipe organ. The pipe organ played a huge part on the Swedish singer/musician’s latest album The Miraculous (2015), and in forming the colossal sound that Anna Von Hausswolff has become known for. Expect drama, brooding drones, dreamy soundscapes and sublime storytelling.

Supersonic Festival continues on Friday 16th, Saturday 17th and Sunday 18th in the heart of Digbeth’s cultural quarter, with performances taking place across the weekend, from ARBOURETUM, COLIN STETSON, JENNY HVAL, LAURA CANNELL, MELT BANANA, OXBOW, PRINCESS NOKIA, RAIME, ZU and more to be announced in the coming months. Below you will find some more information about the performers in today’s line up announcement, also summarised on this new video to emerge.

Since 2003, Supersonic have been hosting imaginative weekends for adventurous audiences, encouraged to participate in a wealth of stimulating, and nourishing cultural experiences. Taking care to present the most artistically relevant and irreverent acts from the UK and across the globe, while simultaneously making sure to fill every moment with the opportunities to let loose and party, or sit down at engaging talks, discussions and workshops, or take in exclusive screenings and exhibitions. Working closely with the local community and priding itself on being all ages (the ‘kids gigs’ notorious fun for music loving families), the reputation of Supersonic is one hard earned and well deserved – long may it continue to light up the hearts, minds and calendars of those who attend.

Supersonic Festival are delighted to host Arbouretum to perform in support of their new Thrill Jockey album, Song Of The Rose. Arresting, thoughtful and masterful, Arbouretum’s music takes philosophical ideas and transforms them into a sonic experience that is at once contemplative and emotionally affecting.

Colin Stetson‘s astounding physical engagement with his instruments (chiefly bass and alto saxophones) produces emotionally rich and polyphonic compositions that transcend expectations of what solo horn playing can sound like, an experience to behold.

No Jenny Hval performance is ever the same, which is why we can be sure that her performance will be special. Across six full length albums, Jenny Hval crucially brings to light issues of both male and female gaze, which for years had been swept under the rug and/or denied all together. We look forward immensely to seeing Jenny Hval perform.

Laura Cannell is an extraordinary musician, performing with a deconstructed bow and the curious sound of double recorder. Exploring the spaces between ancient, improvised, traditional and experimental music, Laura Cannell creates a solitary minimalist chamber music where one player makes all the harmonies.

Melt Banana will bring the fun with their high energy hybrid of experimental noise music, pop, and electronica. For over twenty years, across a vast array of albums, well executed cover songs and an unrelenting tour schedule, the Japanese duo are infectious to experience. This is one heady trip well worth taking.

The tendency in the face of the unbelievable is to not believe it and so it is for the first time ever, our perpetual favourites Oxbow will be returning to Supersonic 2017 with an ensemble of two parts – chamber and volunteer vocalists – to perform notated Oxbow music carrying the crucial elements of what constitutes the Oxbow experience into terra unknown. Absolutely and totally exactly what a religious observance should look and sound like. One time only. Not to be missed.

We’re so excited to announce Princess Nokia as part of Supersonic Festival 2017 – taking inspiration from 90’s Rave, Drum & Bass, with a nod to the raw New York & U.K. underground, perfectly encapsulating the hedonistic spirit that has made past additions of Supersonic so memorable.

Ambition, aspiration and deep soulful explorations are crucial for Zu, who have been broadly questioning and evolving their musical identity for almost two decades, developing their musical vocabulary with every release and collaboration, never allowing their personal and creative freedom to be suffocated by imposed structures and labels. On the cusp of releasing their brand new album on House Of Mythology (31st March, 2017), their Supersonic performance promises something new from the trio.

Stay tuned for the next line up announcement next month and in the meantime, you can watch this clip of highlights from Supersonic Festival 2015. Here’s what’s been said about Supersonic in years passed…

Regular subscribers to the Arts Desk may have noticed a certain view from some of our number that the Glastonbury Festival is the annual musical and social high point of the year in the UK. On this subject, I would beg to differ and instead claim Birmingham’s wilfully uncommercial celebration of the weird and the wonderful, the Supersonic Festival, to be my most eagerly awaited annual sonic celebration… Taking in minimalist classical sounds, sludge rock, hypnotic percussion, grungey punk and techno beats, there was something for everyone. – THE ARTS DESK (SUPERSONIC 2017 LAUNCH PARTY)

Supersonic is a place to be educated and surprised: new, experimental and intellectually nourishing. – WIRE

Having been a journalist for 15 years I’ve had cause to work at approaching 100 festivals all over the world and in my opinion Supersonic has the consistently best quality line-ups and is the most engaging and stimulating to fans of underground music. Certainly no other festival introduces me to more new and exciting music than this one. – THE QUIETUS

a celebration of the expressive, challenging and generally out there – THE TIMES