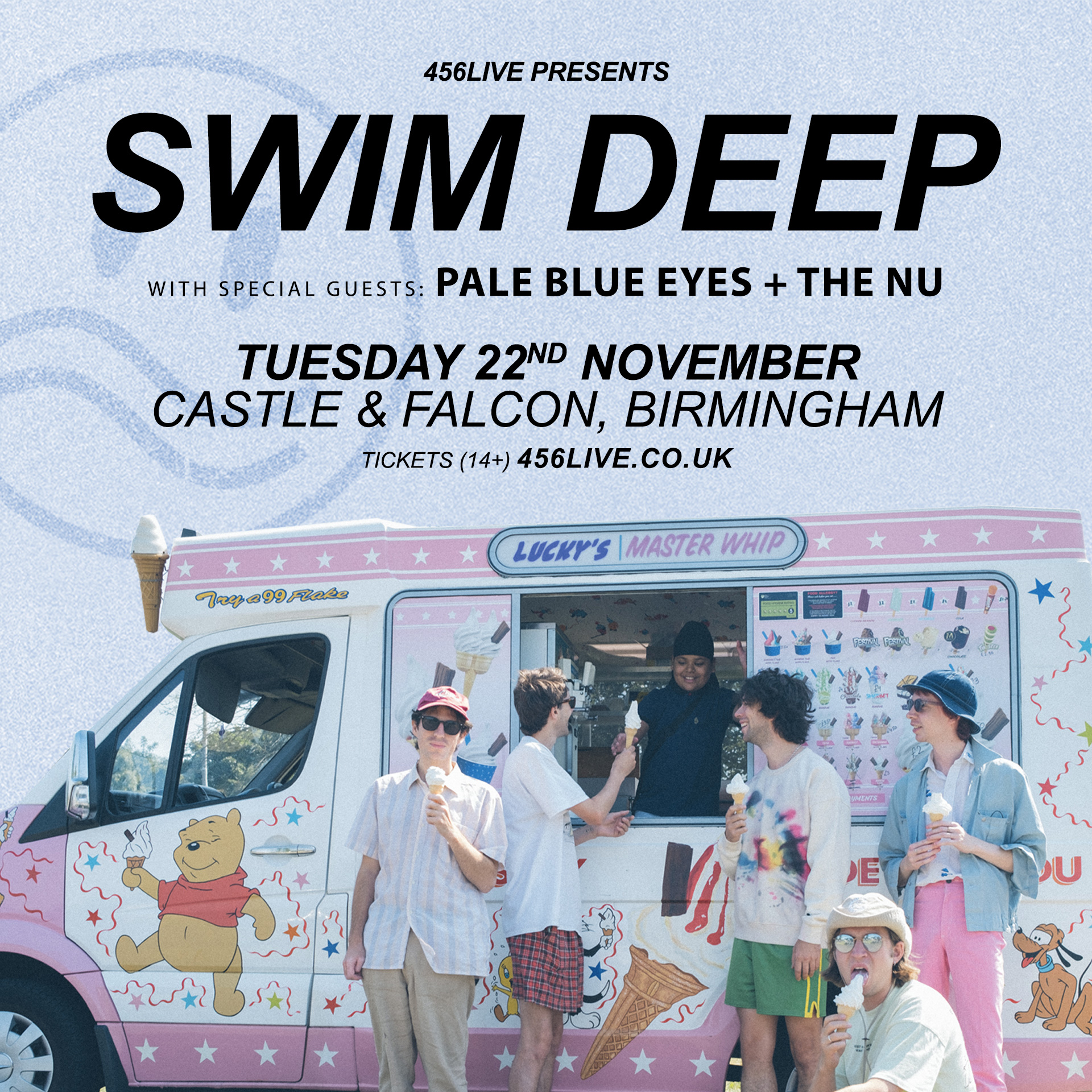 Brummie icons Swim Deep are set to headline at independent venue, The Castle & Falcon on Tuesday 22nd November. Support on the night comes from Devon’s Pale Blue Eyes and local legends The Nu. Tickets are on sale now at www.castleandfalcon.com at £14.

Swim Deep rose to fame in the early 2010s with their incredibly successful debut single ‘Honey’ and their iconic debut album Where The Heaven Are We and their sophomore record Mothers. Fast forward to 2017 and the band took a well-deserved break following performances on the Other Stage at Glastonbury and a support slot on The 1975’s American tour. Eventually, the group emerged out of the quagmire with their third album ‘Emerald Classics’, emboldened with a collection of their most fully fledged pop songs yet.

Their new 2022 EP, Familiarise Yourself with Your Closest Exit, offers five different songs written in collaboration with other artists including ‘On The Floor’ with indie star Phoebe Green.

Swim Deep embark on their UK tour next week, kicking things off with their highly anticipated hometown show at The Castle & Falcon.

Get your tickets here.