Home » What's on » The Birmingham St. Patrick’s Festival and Parade Organising Committee Confirm the Parade will go ahead this year

The Birmingham St. Patrick’s Festival and Parade Organising Committee Confirm the Parade will go ahead this year 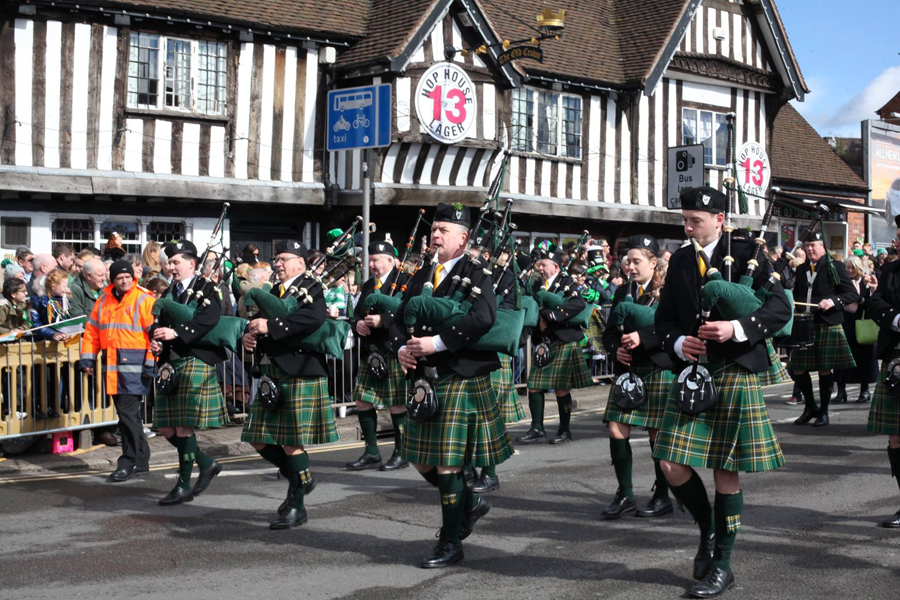 The Birmingham St. Patrick’s Festival and Parade organising team are thrilled to confirm the parade will take place Sunday 15th March thanks to investment from local construction companies and city developers.

Two key construction companies and developers in the city have joined forces to pledge financial support for the city’s biggest community-led outdoor event, Chasetown Civil Engineers and Court Collaboration, who were both announced today as the official partners of the Birmingham St. Patrick’s Parade.

The substantial contribution comes in the wake of recent public and civic concerns around the future of St. Patrick’s Festival and Parade, and thanks to many businesses and individuals from the community coming forward, the organising team are happy to announce the future of the much-loved community is secure for another year.

We are hugely grateful and incredibly pleased to be able to confirm Chasetown Civil Engineers and Court Collaboration as our partners for the 2020 edition of The Birmingham St. Patrick’s Festival and Parade. It has been a very stressful few weeks, and the organising committee would like to take this opportunity to thank Chasetown and Court Collaboration, without their support the parade simply wouldn’t be happening this year.

We also want to thank the community for coming out and offering such incredible support and determination to ensure the parade happens, it truly is a testament to how important the parade is to the Birmingham and Birmingham Irish community.

We want to especially thank Pat O’Niel, the Birmingham Irish Association, and Birmingham City Council Event’s Team for all the time and support they have dedicated to helping secure the future of the parade, we are now looking forward to sharing with you all our stage lineup, Emerald Village and parade inclusion details.

Taking place on Sunday 15th March, the Birmingham St. Patrick’s Parade in partnership with Chasetown Civil Engineer and Court Collaboration, will bring to life this year’s theme titled ‘The Irish Quarter’; a theme which is more fitting than ever given today’s announcement and will pay homage to the contribution Irish workers made to the rebuilding of Birmingham in the post-War period and the ongoing development of Digbeth.

Chasetown Civil Engineering, based in Staffordshire, who already play an active role in the local area, having facilitated the improvements to a number of buildings within local communities including working with local primary schools and football clubs.

We are delighted to be able to support this event, which means so much to so many. The St. Patrick’s Parade in Birmingham has been a long-standing tradition and celebrates the work of many that have gone before us. It means a lot to so many and we are proud to be partners of this year’s event. We hope everyone comes out to support and celebrate Irish heritage and the culture of Birmingham with us this year.

Court Collaboration, a Birmingham based residential development company, who are about to add a new Digbeth development to their already impressive portfolio, Anthony McCourt said:

We are proud to be announced as partners of The Birmingham St. Patrick’s Parade today.

We believe that property isn’t about bricks and mortar, it’s about people, and naturally when we heard the future of the parade was at risk we wanted to ensure that the city’s biggest celebration could continue.

We now look forward to seeing the streets of Digbeth come to life in a sea of green to celebrate Irish heritage and Birmingham culture.

The Birmingham St Patrick’s Festival and Parade will begin with the Official Launch Party at Holiday Inn Smallbrook Queensway, on Friday 6th March 2020, followed by the festival events and activity throughout the city leading up to parade day.