Home » What's on » Cirque Berserk! is back on the road with another exhilarating tour and some new acts to be performed!

Cirque Berserk! is back on the road with another exhilarating tour and some new acts to be performed! 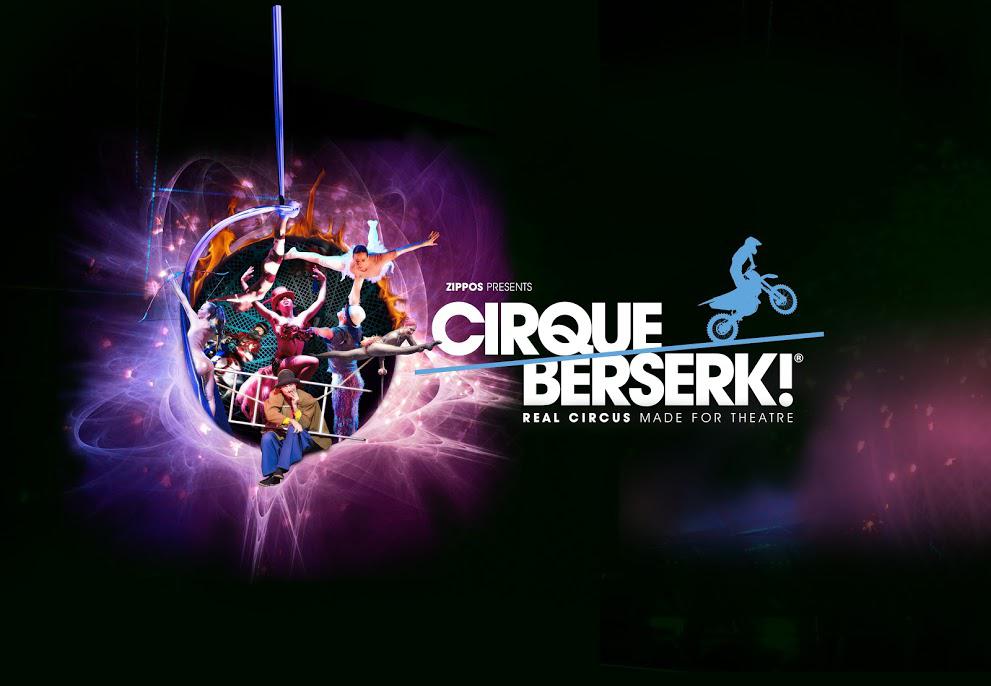 Founded by Zippo in 2013, Cirque Berserk! is the biggest real circus made for theatre, appropriate for every age that guarantees to keep you at the edge of your seat until the last second!

After being a smash hit sell out with their debut at Edinburg’s Fringe Festival 2018 and having won a gold attraction award for Best Show of Hyde Park Winter Wonderland 2019, Cirque Berserk! returns to the stage to amuse and spread smiles once again!

The UK TOUR 2020 has just began after opening for Birmingham Repertory Theatre, with multiple performances to follow for the next upcoming months in venues of Exeter, Edinburg, Southampton, Wycombe, Lincoln, Nottingham, Inverness and Bromley.

Cirque Berserk! is the most diverse circus in UK theatres currently, with a talented troupe of 35 performers, coming from all around the world including Africa, Latin America, Asia, Europe and of course the UK!

Berserkers showcase their outstanding talents in juggling, acrobatics, aerial dancing, unicycling, motorcycling, knife throwing, comedy and many more to please the eye for sure!!

Their exceptional skills, hard work and teamwork, is what makes their circus acts so amazing, as they fearlessly perform with no safety devices, risking their lives every night only to entertain their crowd.

This year’s major act is presented by The Lucius Team, and it is no other than the most famous and dangerous, Globe of Death. The act is being performed live on stage for the first time in the UK, where a gang of 5 bikers ride their petrol fuelled motorcycles simultaneously inside a spherical steel cage at speeds up to 60mph. A truly heart racing experience for everyone to enjoy!

A few words from the team…

Theatre is all about character and storytelling, and you couldn’t hope to find a more extraordinary variety of characters than those created by circus performers, each of them with their own amazing stories to tell

The rest of this year’s performers include;

The Timbuktu Tumblers bring the street acrobatics of Africa on stage, with an incredible display of human pyramids, diving through hoops and over flaming limbo poles.

Paulo Dos Santos is 3ft 6ins tall, hailing from Ringling Brothers circus. He is a comic by blood, but he can also perform high-speed tumbling and daring acrobats. His personality is so warm, that he succeeds in winning over the audience’s hearts every single time!

Toni and Nikol are a couple who performs a double act, where Toni constantly speed throws knives and axes to his wife, whom she is tied on a spinning board as she skilfully avoids them!!

Elberel is a multitalented performer. She is an insanely flexible archer who can shoot an arrow with perfect aim with her feet while performing a handstand.

She also has the ability to fit her entire body into a glass jar!!

The Khadgaa Troupe is a group of circus acrobats, entertaining audiences with their high speed, energy and remarkable skills.

Hulan is an aerial dancer, with phenomenal skills as she glides gracefully through the air working with elegant silks.

The Mighty Khaan will surely amaze you as he demonstrates his incredible feats of strength with his own special act!

Brothers, Antonio and Connor Garcia are two fantastic young acrobats who will surprise you and excite you with their sensational hand balancing act.

Victor and Yuliya, have previously performed at Moscow’s State Circus and now they are debuting at Cirque Berserk! with a very special and unique unicycling act.

So, what are you waiting for? Book your tickets now and let the Berserkers entertain you to the fullest with their pure circus magic!!